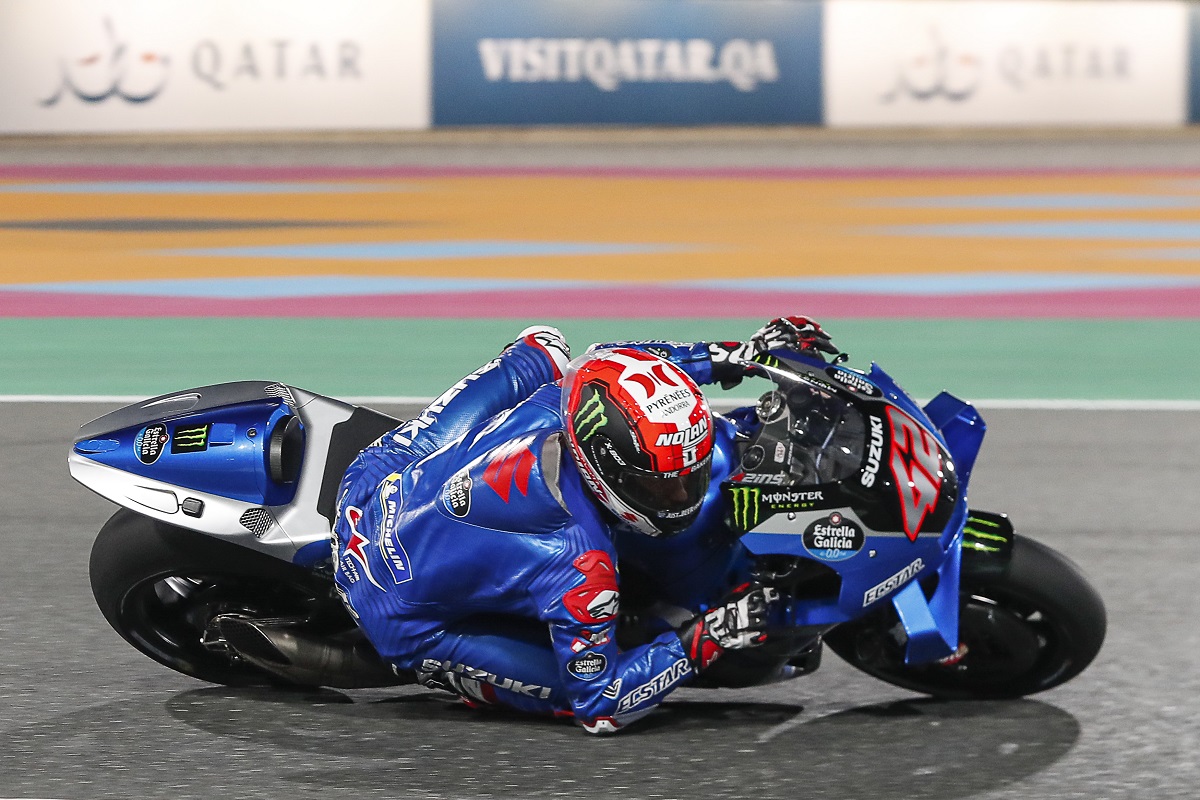 In a night-time session which is likely to be decisive in terms of who goes directly to Qualifying 2 at Lusail, Rins clocked a 1:53.432s just before the chequered flag flew on Free Practice 2.

That effort edged Repsol Honda’s Marc Marquez back to second after #93 had just set a 1:53.467s in the slipstream of team-mate Pol Espargaro.

The Suzukis were among the best on the top speed charts and 2020 champion Joan Mir finished up third on a 1:53.5790s.

Jack Miller (Ducati Lenovo) was incensed when he had a lap compromised on his penultimate run by the presence of fellow Australian Remy Gardner (Tech3 KTM) at Turn 16, but subsequently got into the top 10 with a 1:53.870s.

Best KTM rider was Miguel Oliveira in 13th while his Red Bull KTM Factory Racing team-mate Brad Binder went from fastest in Free Practice 1 to 15th in the latter session.

Unsurprisingly, every rider went faster in FP2 than they had done in FP1, and the combined timesheet is likely to remain the same given Free Practice 3 in the early afternoon (local time).