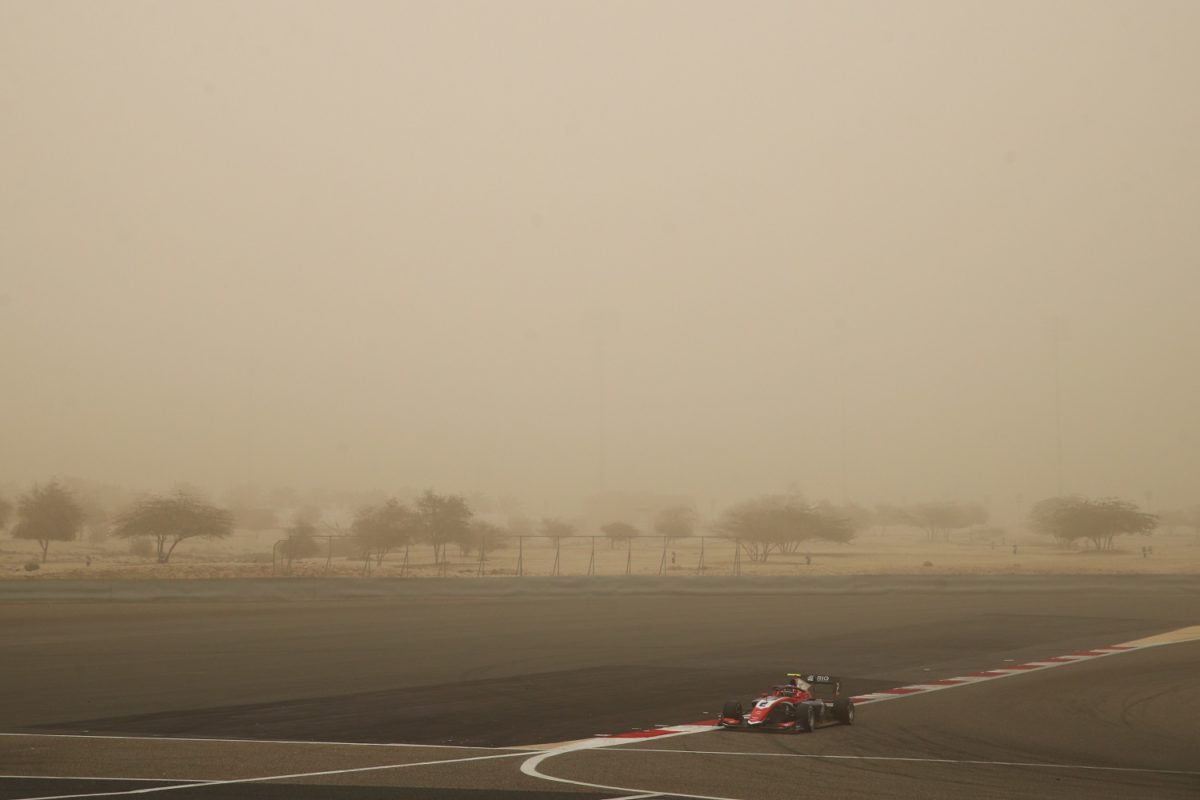 Trident’s Roman Stanek on track as the sandstorm closes in

The final day of Formula 2 pre-season testing was cut short when a sandstorm in the afternoon forced organisers to cancel the session.

Felipe Drugovich topped an abridged day with a 1:44.911s, almost a second clear of next-best Clement Novalak in an MP Motorsport one-two.

The latter focused on race runs, without any push laps, completing 10 laps on the hard compound tyres and 23 on the soft during his simulation.

“Overall a very good test for us with some good results, lots of laps in the bank and a great deal learned,” said Williams.

“I am very much looking forward to Round 1.”

New Zealand’s Liam Lawson was fourth fastest for Carlin, 1.2s away from Drugovich’s best, while Marcus Armstrong was slowest of the 22 runners on a 1:49.839s.

The busy morning session was the only running drivers had before the test was called after an afternoon sandstorm rendered conditions too dangerous.

Pre-season running for Formula 1’s main feeder category is now complete, with the next track action the opening round of the season later this month.

That takes place in support of the Bahrain Grand Prix, from March 18-20.