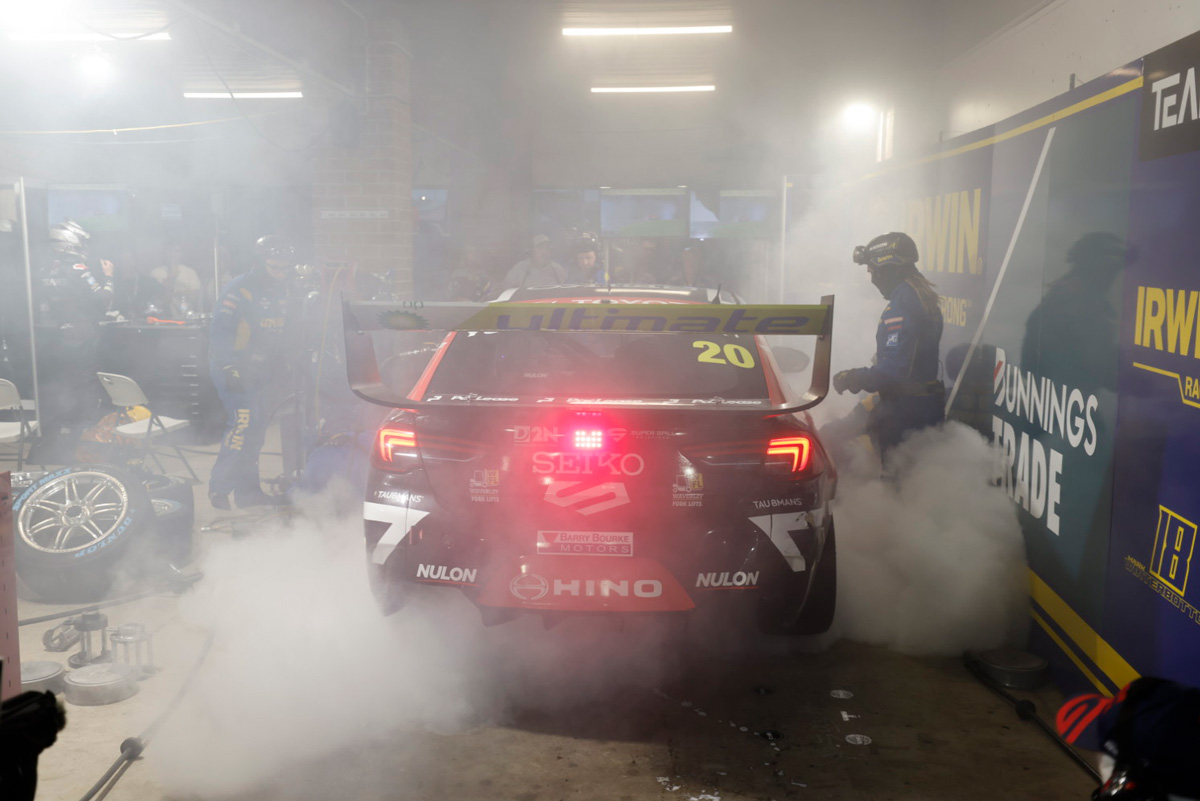 Scott Pye has been left angry and frustrated after yet another power steering drama crippled his start to the 2022 Repco Supercars Championship.

Smoke started pouring from the back of the Seiko Commodore on Lap 8, forcing it back to the garage where it became apparent that a small fire had been sparked.

Crew members quickly deployed fire extinguishers as an animated Pye jumped out of the car.

Power steering woes have been a recurring theme for the #20, popping up during last year’s Sydney Motorsport Park quadruple-header, ending its Bathurst 1000 race almost immediately, and rearing its head yet again at the Winton pre-season test last month.

“Obviously Bathurst, we had this drama.

“We were cruising. I had really good car speed and JC [James Courtney] had blown his tyres off so he was coming back towards us, went down the inside, and just blew a hose off the power steering. I couldn’t get off him, I couldn’t steer off him and I was locked on him.

“I feel for everyone. They’re working so hard.

“These mechanical dramas, we threw away a top 10 in the championship last year and then to lose so many points when we would have been in the 10 in that race, the car is good. I just feel for everyone.

“It’s not through a lack of trying, everyone is working their backside off, and we’re just not getting what we’re working for.”

Asked about the fire, Pye added: “I’m fine. You’re feeling it too when they let those [fire] bombs off and get the fire extinguisher going.

“Obviously once the fluid… once you stop and there’s no air to keep the fire out, it just engulfs the car.

“I didn’t realise it was fire until they started screaming to get out. You can get out pretty quick when you need to.

“I’ve been on fire before, not personally, but at Winton when my car caught on fire. You get out pretty fast. Luckily everything is okay.

“We’ll be back tomorrow and hopefully no mechanicals.”