Perkins: Round 1 may not offer true 2022 form guide

Perkins: Round 1 may not offer true 2022 form guide 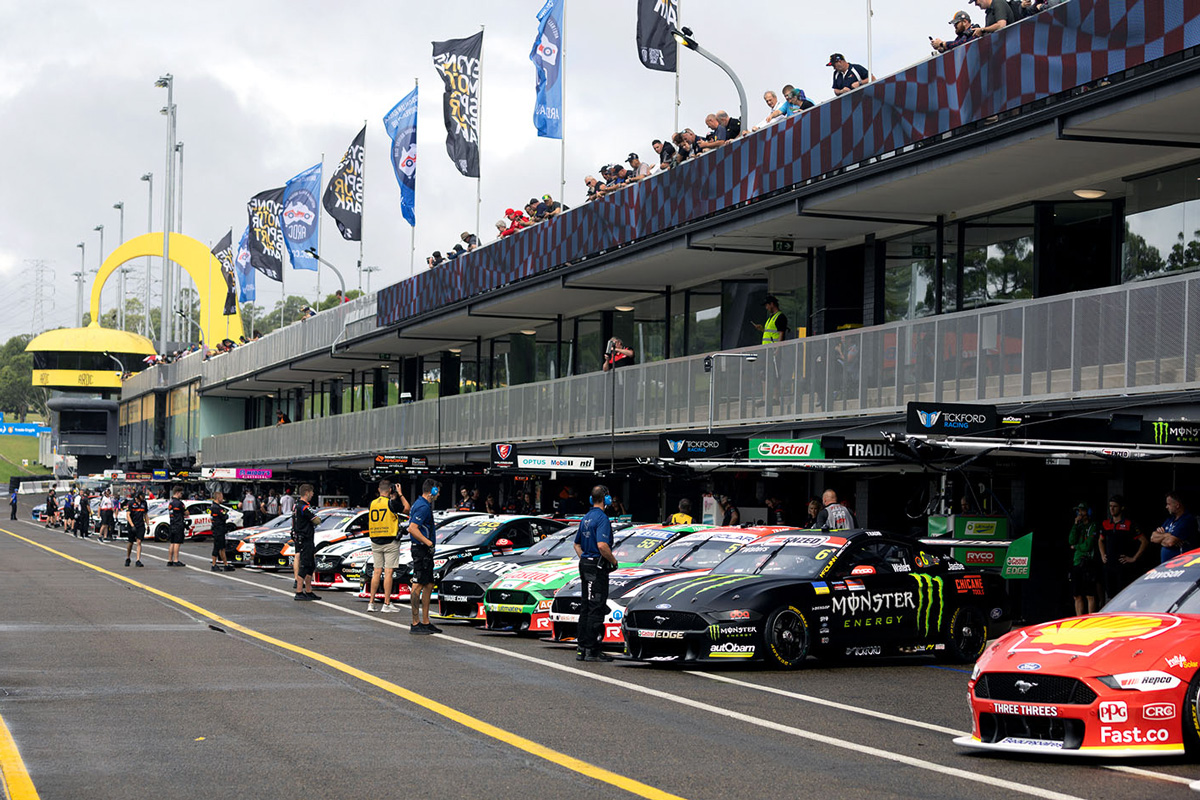 Bathurst 1000 podium finisher and Seven Network presenter Jack Perkins says the immediate pecking order that surfaces today might not be an accurate representation of what’s to come this season.

Perkins will be a pivotal part of Seven’s first live, free-to-air Supercars broadcast of the year as qualifying, a Top 10 Shootout, and 300km race unfold later today at Sydney Motorsport Park.

He considers Shane van Gisbergen the favourite to win a third championship but believes the Kiwi won’t have it quite so easy in 2022, having wrapped up the title last year with a round to spare.

Either way, the results of the first points-paying day of the season won’t necessarily dictate each respective contenders’ genuine hopes, he feels.

“This weekend may not be the true form guide because Sydney Motorsport Park offers a little bit different aspects to a lot of the other circuits and we saw some of the teams struggle there last year and not get on top of it,” Perkins told Speedcafe.com.

“It will be interesting to see if any teams have been able to improve.”

Perkins believes the two men to top yesterday’s practice sessions, Anton De Pasquale and Chaz Mostert, are most likely to knock van Gisbergen off his perch.

But don’t write off Erebus Motorsport – who Perkins will again drive for in the Bathurst 1000 – and their second-year steerers Will Brown and Brodie Kostecki.

“They’re a team that people need to watch this year and I think that they will only go better in their second year as drivers and engineers and the team working together,” said the 35-year-old, who declared “fortune will favour the brave” in qualifying this afternoon.

“It’s exciting to have a couple of young blokes out there, taking it up to guys like van Gisbergen and Mostert, I think it’s what the sport needs.”

The Blanchard Racing Team, whose CoolDrive Mustang is driven by Tim Slade, is another one to keep an eye on.

“I’d be surprised if they don’t improve,” said Perkins.

“I mean they hit the ground running last year at their first race meeting and they had never been racing before, so they have got a year under their belt.

“They have switched engines to what I would say is a much better engine package on the Ford side, and I dare say they have probably done a fair bit of work in the off-season to tune up the cars a little bit.

“So I’ll be really interested to see how they go, particularly compared to Tickford. I think they have got a good yardstick with the Tickford drivers.”

Perkins, who flagged his intentions to drive in a category such as the Dunlop Super2 Series ahead of October’s Great Race, hopes above all that Round 1 of the season can put smiles on the faces of people affected by severe flooding in Queensland and New South Wales.

“It feels sort of bland if we’re out enjoying ourselves car racing while other people are getting the wrong end of the deal with the weather, so first and foremost my thoughts are with those affected by that,” he said.

“But hopefully the flipside is we can put on a really entertaining racing weekend on Seven and it can bring entertainment to those that are affected.”