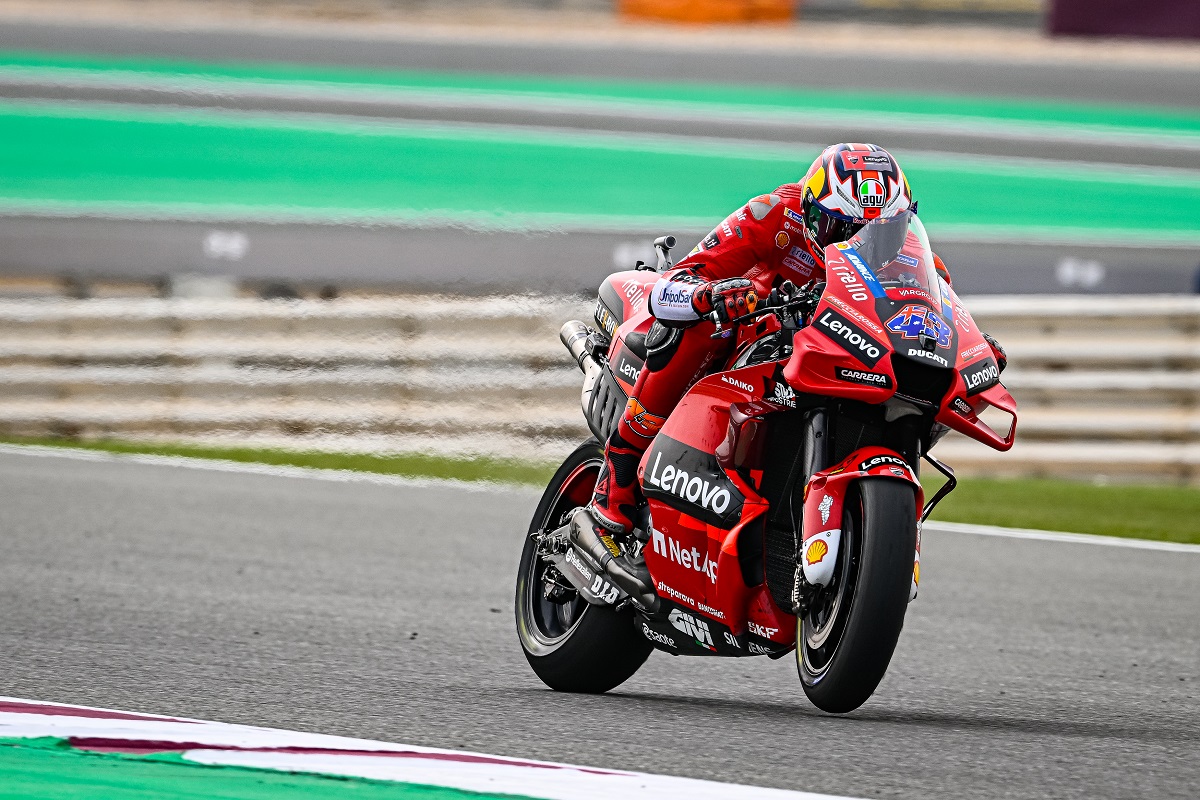 Jack Miller says that he “trusts” Ducati’s late decision to revert to a different engine specification for this year’s MotoGP season.

The Ducati Lenovo Team entries will run something of a hybrid between the 2021 and 2022 engines after concerns over the power delivery of the new unit.

That much is surprising enough, given it was not explicitly raised an as option during pre-season testing.

However, it has also created an unusual situation in the fact that Pramac Racing and Mooney VR46’s Luca Marini, who have the other Desmosedici GP22 bikes in the field, have stuck with the 2022 engine.

Francesco Bagnaia’s opinion was apparently key to the change for the red bikes, but MotoGP’s regulations are such that he and Miller must use the same specification given they ride for the factory team.

However, Miller had also referred to work to try and tame the aggressive nature of the 2022 engine during pre-season testing, and has given his backing to Ducati after Friday practice at the Qatar Grand Prix.

“They want the best for us, they want us to have the best chance, and I’m quite happy with the outcome.

“So, I trust 100 percent their decision. I’ve just got to ride the motorbike that I’ve been given, so it is what it is.

“I’m not complaining. They’re investing millions of dollars into this project and to think they’re not going to give us the best that they can would be silly.

“So, I trust 100 percent everyone’s decision. It feels good today, we’re pretty close to my best lap time with a little over 45 minutes of track time.”

Ducati Team manager Davide Tardozzi was cagey about the make-up of the engine which the factory squad had settled on when he spoke on the matter on television at the start of Free Practice 1 at Lusail.

It had been variously reported as an upgraded 2021 engine or a 2022 engine with 2021 parts, with Bagnaia confirming it is a “mix”.

He also clarified that he did indeed test it during pre-season.

“It’s not last year’s engine, not completely this year’s engine. It’s a mix and during the test I was riding with it and I was happy with it.

“We decided together to use it. After the test in Mandalika we have seen the potential of this spec. We decided to use it just because it was better.

“I was faster in more than one circuit. The thing is that we want to win and we think that to win we have to use it.” 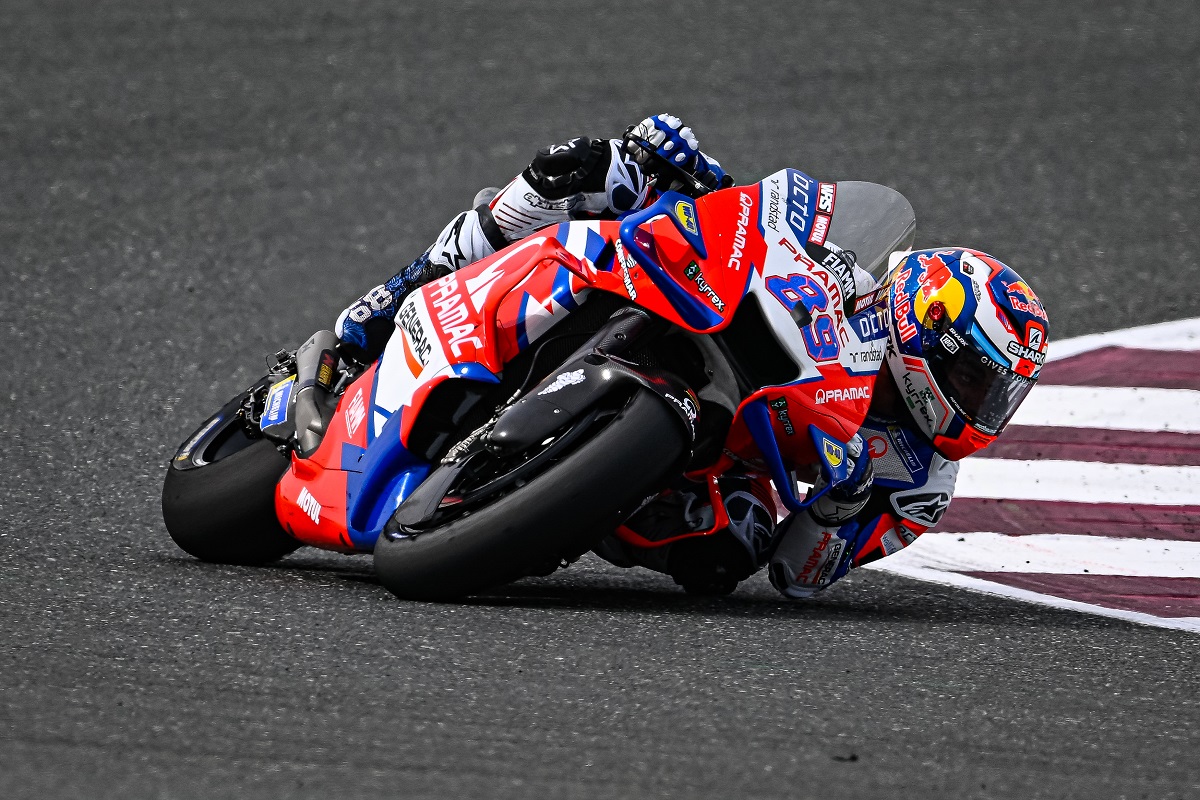 Jorge Martin, who is still using the full 2022 engine specification

Bagnaia also took umbrage at how the matter was reported, after Tardozzi expressed anger at suggestions that his lead rider had complained per se.

“We are just using the best package possible that we decided after the test in Mandalika.

“So, every time Ducati is the one that everyone wants to speak about and it’s a bit strange.

“We decided to use the best package for us and it’s normal. I prefer this engine in this mix, and I like it more than the past and more than the new.

“I am happy and I’m totally confident with my team that this engine is the best way to work.”

Pramac’s Jorge Martin said he was not given the option of changing specification, but was not worried about staying with the 2022 engine.

He did admit, however, that Ducati is still working on its electronics.

“It’s what we’ve tried all pre-season, what we’ve been working on,” said the Spaniard.

“In Malaysia I was third, in Indonesia I was [challenging] for first and here I am fourth [in Friday practice] and first Ducati.

“So, for sure, it wasn’t a bad decision to stay with the new engine.

“I think the potential is there but we have a lot of work to do in acceleration. We are working on the electronics and I’m happy and I have the confidence in Ducati to make this engine work.

“For sure, we need two to three races and afterwards we will be stronger than last year’s [engine].” 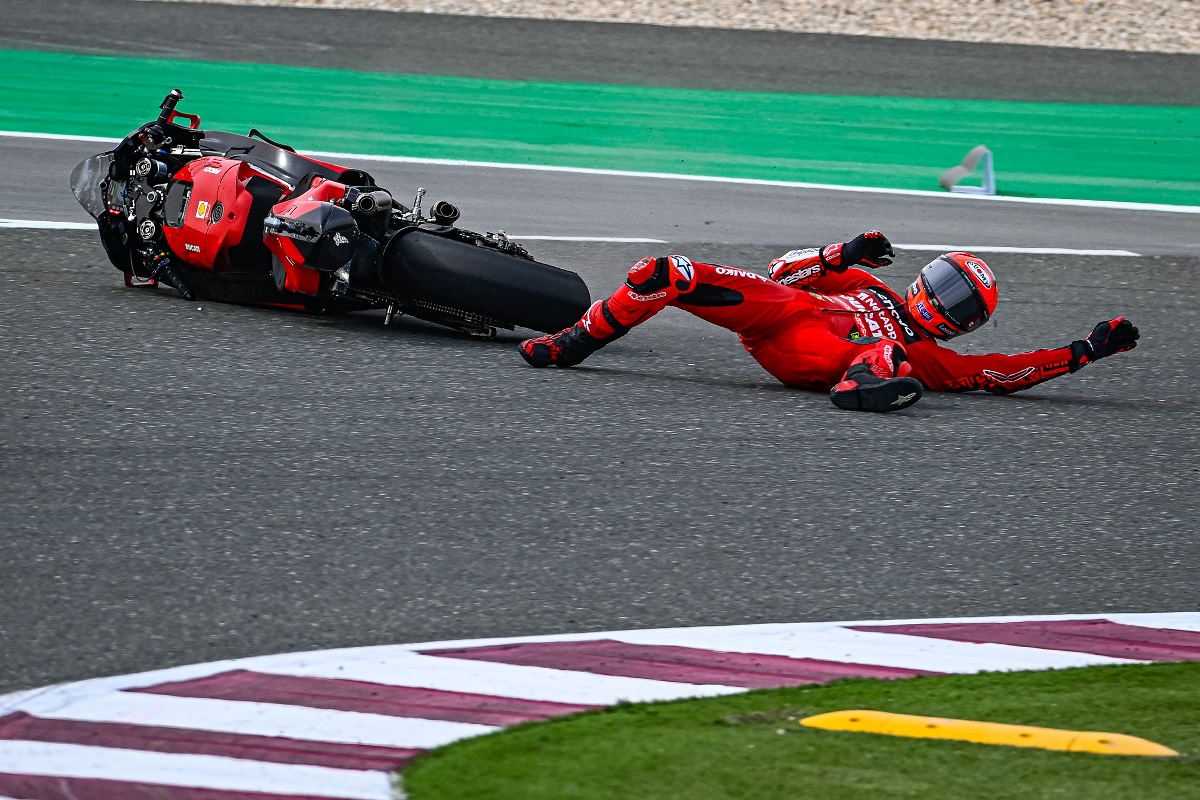 Miller was sixth-fastest across Friday’s two practice sessions despite a run-in with fellow Australian Remy Gardner during the second hit-out.

Bagnaia also appears to have booked his place in Qualifying 2 on Saturday evening after just finishing 10th in Free Practice 2.

The Italian did, however, have a late crash at Turn 6 in Free Practice 1, and said there was work to do on the front end of his GP22.

“I’m not happy about today, but just because when you do testing, trying a lot of things, we decided to have this type of work to have a clear decision about the bike to use,” he explained.

“So, I think we have left something behind and today we were concentrating on that.

“I’m not so happy about the front feeling today. Maybe the conditions were not the best.

“We already know why I was struggling a bit on the entry, so we will work on it and we have a clear idea on what to do.”

Free Practice 3 will be held tonight (AEDT), although that session is unlikely to be a factor in deciding qualifying berths given it is set to unfold in Doha’s early-afternoon sun.