Miller: ‘No hard feelings’ over MotoGP practice run-in with Gardner

Miller: ‘No hard feelings’ over MotoGP practice run-in with Gardner 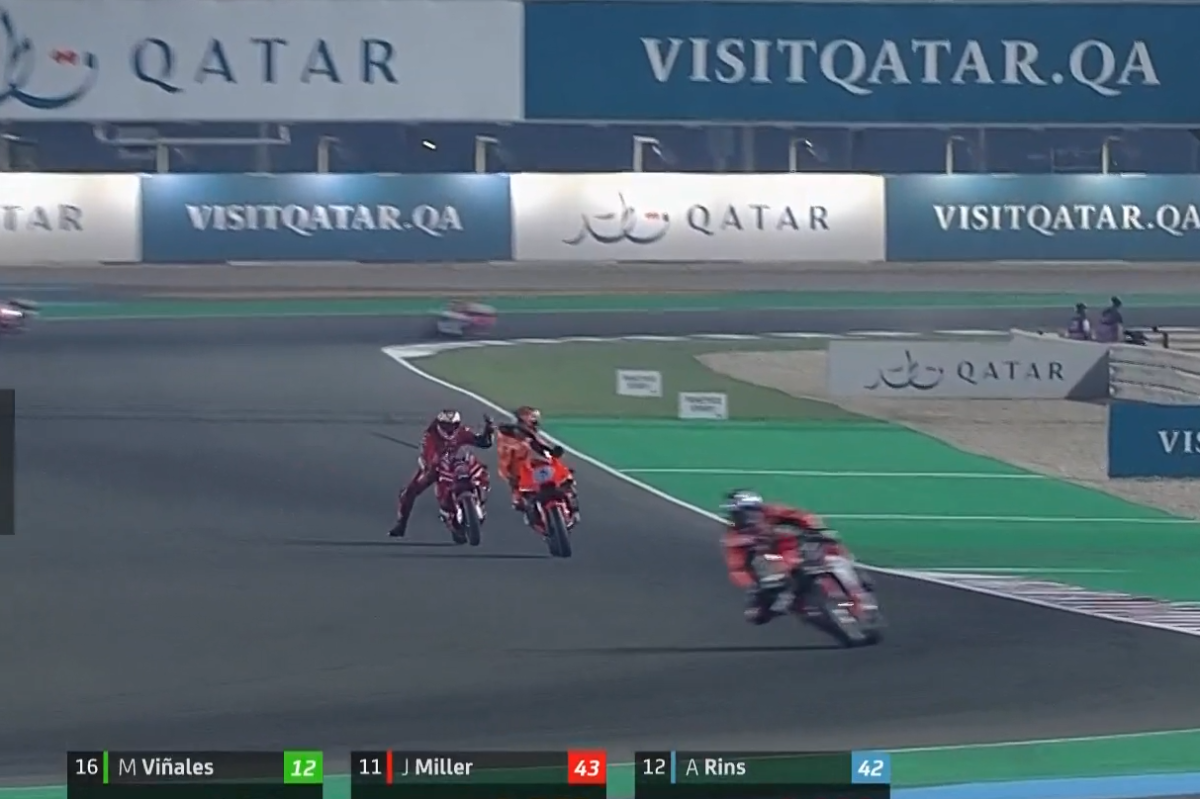 Jack Miller says there are “no hard feelings” with fellow Australian Remy Gardner over an incident between the two in practice at MotoGP’s Qatar Grand Prix.

Miller came up on a slow-moving #87 Tech3 KTM at the last corner of the Lusail International Circuit during his penultimate run in Free Practice 2 while apparently on a lap which would have put him into the all-important top 10.

The Queenslander was visibly angry as he rode into the pits, abandoning the lap, and dismounted at the Ducati Lenovo Team garage.

However, Miller revealed after the session that he had in fact already strayed beyond track limits and thus the time would not have counted anyway.

He has already cleared the air with Gardner, telling MotoGP’s official website, “Yeah, I spoke with him before.

“I mean, I already touched the green. I wasn’t so much annoyed at him as myself, first of all for hitting the green and wasn’t totally happy with it, and then that was just one of those things.

“No, we’re cool. I mean, you always see those things and look back and think, ‘What the… what are you doing?’ but it is what it is.

“We had a chat about it afterwards and here is a bit of a bugger too because of the last corner and the pit lane – the way it sort of works, it causes issues like that – so there was no hard feelings whatsoever.”

An investigation was held into the incident, with a decision of ‘no further action’ announced by Race Direction in the minutes after the completion of the session.

Miller would set a lap time good enough for sixth on his final run, effectively locking himself in Qualifying 2 on Saturday evening (local time) given Free Practice 3 will unfold in the early-afternoon heat.

Gardner, who ended up 21st-fastest on his first day of MotoGP practice, recounted, “I wasn’t really on the line and obviously put my hand up to go into the pits and I didn’t see Jack was so close behind.

“But yeah, I went and talked to him and he’s fine with it all; there was no problem.”