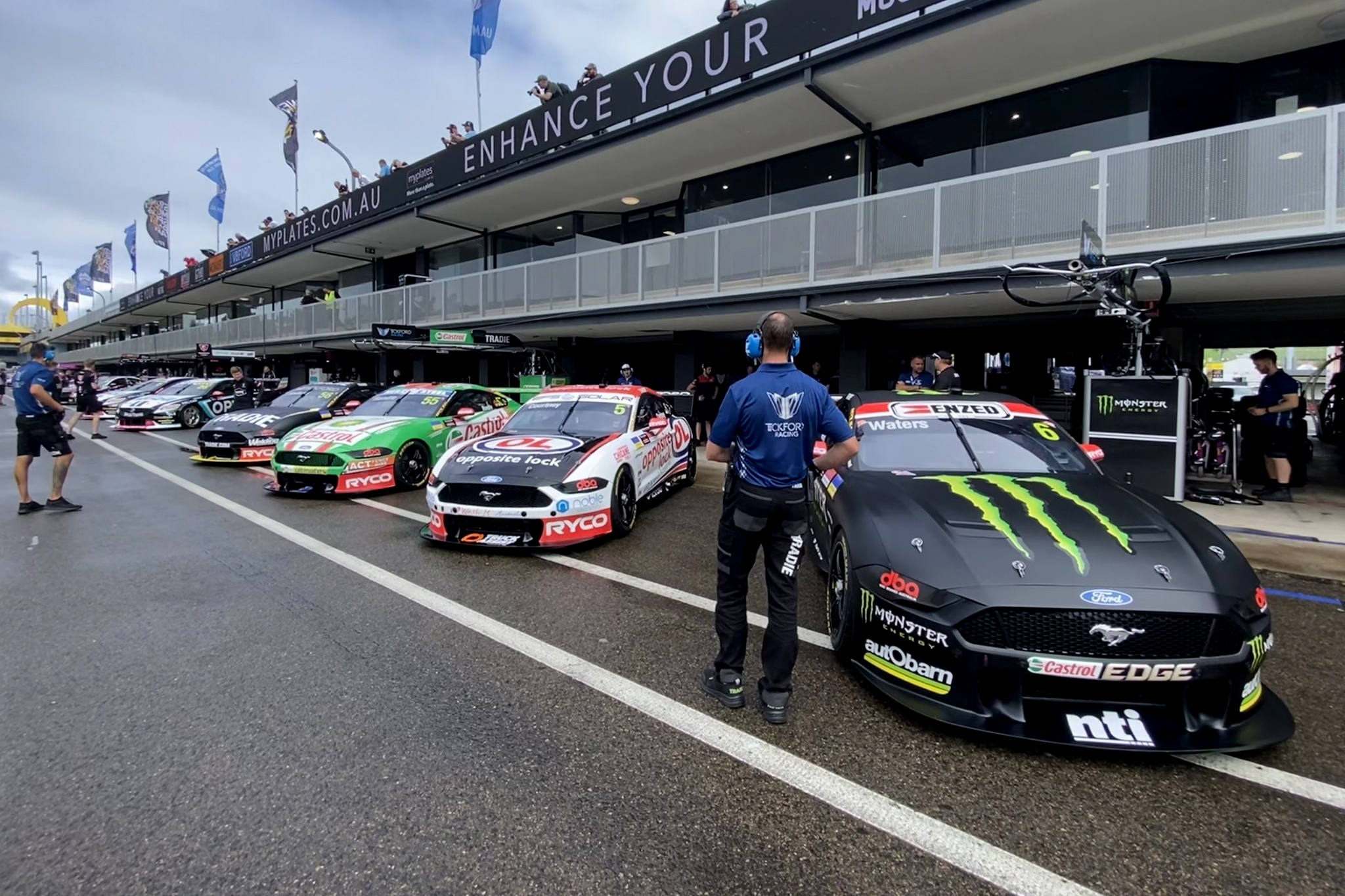 In the lead-up to this weekend’s Repco Supercars Championship season-opener at the same circuit, the team was quietly confident it has found a solution for its troubles.

Mixed conditions on Friday meant Saturday afternoon’s qualifying session offered the team its first proper chance to see if its Ford Mustangs were in a good set-up window.

Courtney led the team’s efforts in 15th while Thomas Randle was 19th, Waters 22nd, and Jake Kostecki second-to-last, although he will start 25th after copping a three-place grid penalty for impeding Andre Heimgartner.

The problem? Considerable understeer for all four of its cars.

“Effectively, we didn’t get a read on the cars yesterday,” Edwards told Speedcafe.com.

“We thought we were okay yesterday, but obviously the track was two or three seconds slower than it was today, and it’s still not rubbered up.

“Obviously the first real run with the car today in the dry, and it was way out of the window.

“We’ve made a big change from where we were last year and obviously our moment to debut that would have ideally been yesterday, and it wasn’t, it was today.

“The cars have just horrendous understeer. They’re all the same. We’ve just got to try and tune them up now. They’re all going in a similar direction with the set-up.

“Had we had some dry running yesterday we would have obviously known we were in trouble and rectified it overnight, but we didn’t get that opportunity.”

Edwards was disheartened by Saturday’s qualifying, especially after taking a significant swing at set-up.

He conceded the team still hasn’t found its go-to set-up like other teams have.

“Much like DJR, they obviously know how to set their car up for this track, so they’ve probably just bolted in a very similar set-up to what they ran last year,” Edwards explained.

“We know how to go well at Bathurst, we had that conversation at SMP last year before we went to Bathurst.

“This is just one of those tracks that we haven’t been able to find the Tickford set-up at, and it’s bit us in the arse big time today because that was just appalling.

“We are, a little bit, a victim of circumstances,” he added.

“We took a big swing at it because we knew we were shit here last year. We’ve taken a big swing at it, we didn’t get the opportunity to tune up the new platform, and so unfortunately we had to go into qualifying blind.

“We’ll tune it up and make it better. Is it going to be perfect for the rest of this weekend? Probably not. You can’t just take another swing at it. You’ve got to refine what you’ve got and just keep chipping away at it.

“Hopefully we’ll come out of this weekend with something more competitive than we’ve had for the five rounds.

“You don’t win the championship this round. We’ve got to learn out of it and make sure when we come back here – hopefully no time soon – we’re more competitive.”

Race 1 of the Repco Supercars Championship at Sydney Motorsport Park gets underway at 19:10 local time/AEDT.