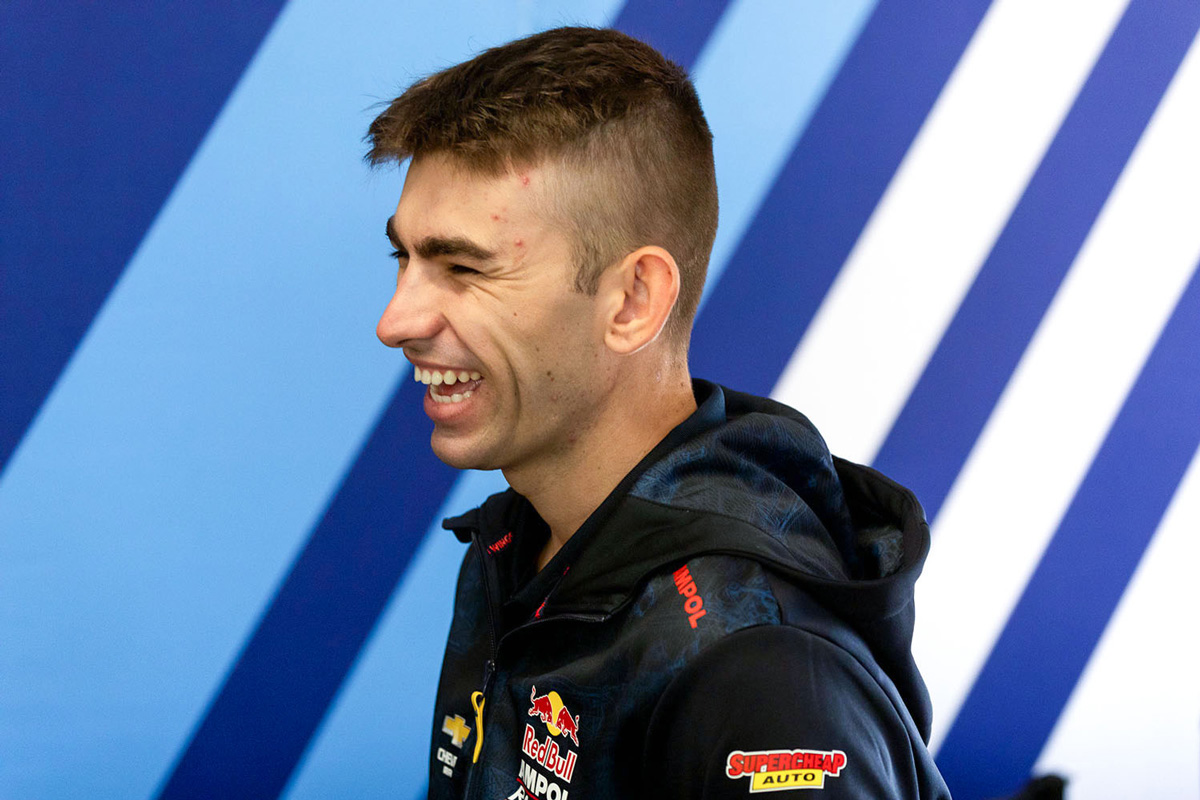 Nerves turned to elation as Broc Feeney snuck through into the maiden Top 10 Shootout of his young Supercars career this afternoon at Sydney Motorsport Park.

In his first qualifying session since replacing Jamie Whincup at Red Bull Ampol Racing, the 19-year-old sat on the proverbial bubble in the dying stages as various drivers tried to force their way into the one-lap dash.

That means he will be first out on track when the Top 10 Shootout kicks off shortly at 16:30 local time/AEDT.

“That was pretty nervous towards the end there,” Feeney said.

“I made a mistake on my last run so it ended up being my first lap of the day that got me in the shootout.

“I’ve never been so excited to be P10 in qualifying. There’s a lot more in it, I just need to tune myself up.”

Feeney was nearly half a second off team-mate Shane van Gisbergen, who was best of the rest behind the dominant Shell V-Power Racing Team Mustangs of Anton De Pasquale and Will Davison.

“[We] mistimed the runs a little but we needed to make a big change to the car after the first green set wasn’t quite what we wanted,” said the driver of the #8 R&J Batteries ZB Commodore.

“We tuned it up then and it’s a lot better. Really happy with the team, the car has just been solid all weekend, I have just had to work on my driving.

“It’s such a refreshing thing coming to this team into a car I know can perform and just having to execute.”

Of starting the renewed relationship with BJR well, Heimgartner quipped: “Well obviously Brad put the faith in me so it’s good to start off not looking like idiots!”