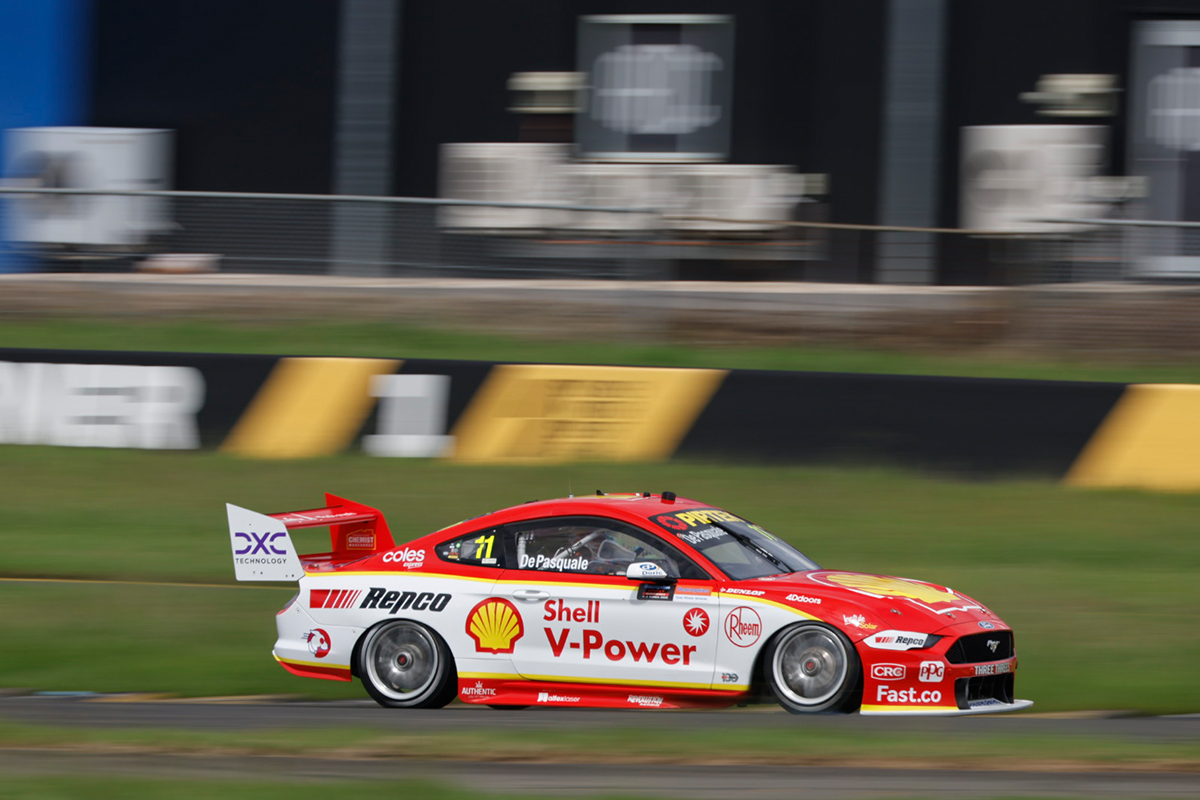 De Pasquale beat team-mate Will Davison by a quarter of a second in the 15-minute hit-out which precedes a Top 10 Shootout later this afternoon at the Beaurepaires Sydney SuperNight, with Red Bull Ampol Racing duo Shane van Gisbergen and Broc Feeney both also making the one-lap dash.

After two at least partially wet Friday practice sessions, a dry surface greeted the field for the start of Qualifying for Race 1, save for the rivers of water which continued to flow across a number of areas of the circuit.

When the field rolled back out for their final runs, new Brad Jones Racing driver Andre Heimgartner jumped to second with a 1:30.1462s in the #8 R&J Batteries ZB Commodore despite being baulked by Tickford Racing’s Jake Kostecki exiting the Turn 8 hairpin.

De Pasquale and Mostert both strayed beyond track limits on their final flyers but it mattered not at all for the former and little for the latter.

Mostert ended up sixth on the timesheet thanks to his initial effort, behind Heimgartner and Boost Mobile Racing’s Will Brown (#9 ZB Commodore).

Brown’s Erebus Motorsport team-mate Brodie Kostecki (#99 ZB Commodore) was seventh-quickest all-told, from Tim Slade (#3 CoolDrive Mustang) and David Reynolds (#26 Penrite Mustang), the latter of whom bumped Scott Pye out of the top 10 when he advanced to ninth just before the chequered flag was unfurled.

Feeney (#88 ZB Commodore) held on to a shootout berth by less than a tenth of a second when BJR’s Bryce Fullwood (#14 Middy’s ZB Commodore) could only advance to 11th right at the end of proceedings.

Tickford’s best was James Courtney (#5 Opposite Lock Mustang) in 15th, with Cameron Waters (#6 Monster Energy Mustang) setting a time good enough only for 22nd on the grid.

Jake Kostecki qualified 24th-fastest but will start last in the #56 Tradie Mustang due to a three-position grid penalty for impeding Heimgartner which was handed down during the session.

Drivers were on soft slick tyres, as they will be in the one-lap dash, before the super soft also comes into play for tonight’s race.

The Top 10 Shootout will be held this afternoon from 16:30 local time/AEDT.