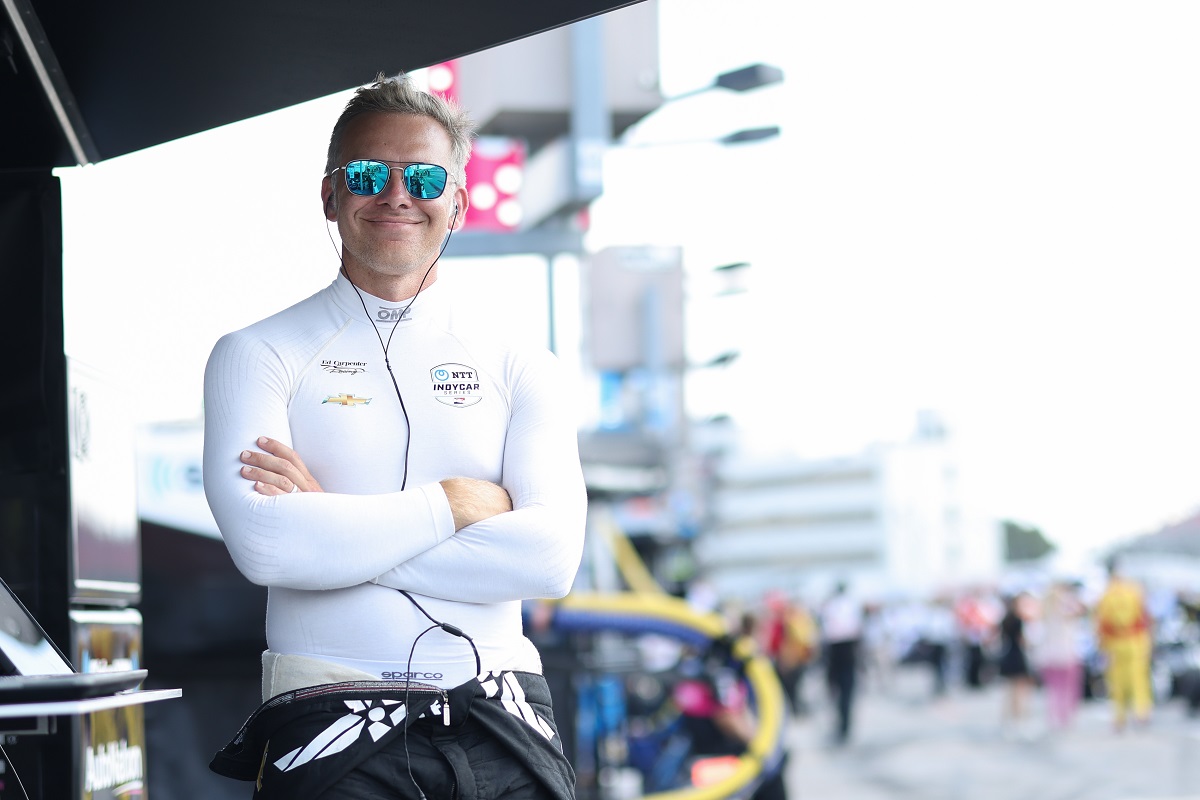 Ed Carpenter has committed to competing in all five oval races in the 2022 IndyCar Series.

The owner-driver has normally taken the wheel of the #20 Ed Carpenter Racing car for the left-turn-only tracks, but Conor Daly is locked into that entry for the entirety of this season.

Until now, Carpenter himself had only been confirmed for the Indianapolis 500, but has now announced that he will again embark on a full oval-only programme.

The 41-year-old will strap himself into Car #33 for those races, starting later this month with the Texas Motor Speedway event.

After the Indianapolis 500, Carpenter will also contest the double-header at Iowa as well as the Gateway race.

“(And that was all connected after the number was chosen. 33 just fits.)”

Rinus VeeKay was best of the two ECR drivers in Race 1 of the season on the streets of St Petersburg with a finish of sixth, while Daly ended up 21st.

Carpenter has a best finish of second in the Indianapolis 500, from pole in 2018, while his most recent of three IndyCar race wins came at Texas in 2014.