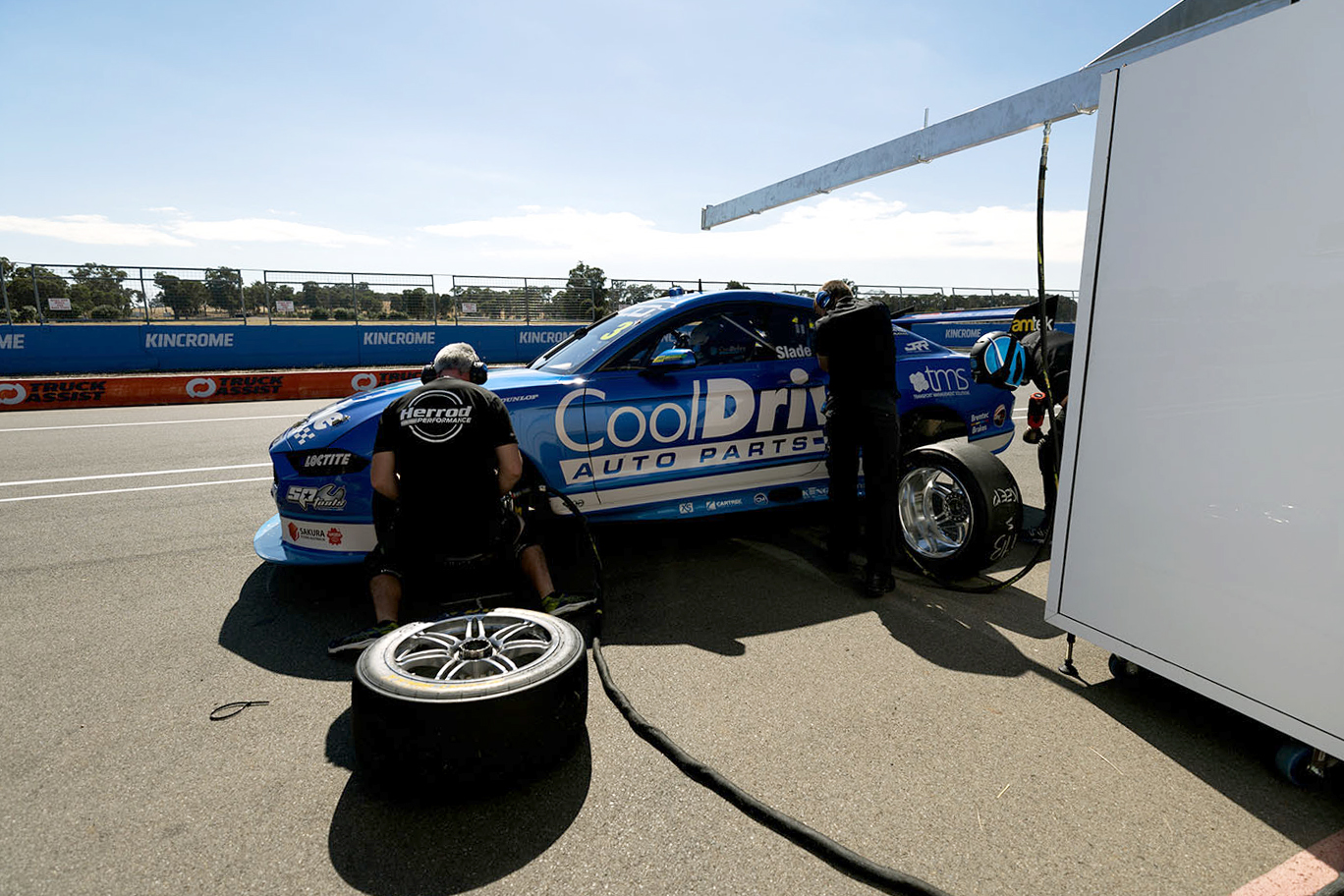 The Blanchard Racing Team has four drivers in its single-car squad this weekend as the 2022 season gets underway at Sydney Motorsport Park.

Taz Douglas, who finished second in the 2014 Bathurst 1000, is part of the team’s pit stop crew as the designated refueller.

Trans Am regular Kyle Gurton, who has joined the team this year as a number two mechanic, will be in charge of the air spike.

Leading the on-track effort is Tim Slade in the #3 CoolDrive Racing Ford Mustang.

Team owner Tim Blanchard, a regular on the Bathurst 1000 grid since 2011, oversees the second-year programme.

For Slade, the additions of Douglas and Gurton is a welcome one with two sets of hands who know what it’s like to be behind the wheel.

“We all have to be racers for it to work,” Slade told Speedcafe.com

“It’s only a small crew. The way it’s all panned out with, as we said last year, we were a bit short-staffed, but I think just having the right people is more important than having more people.

“I feel as though we’ve built up a good little crew of the right people. We’ve managed to do that in the off-season. You’d still love to have people doing pit stop practice in the workshop every week, but we’ll just make the most of how we have to do it.

Douglas competed full-time in 2012 with Lucas Dumbrell Motorsport, and has seven starts in the Great Race to his name.

Although his days of driving are few and far between now, the Melburnian still finds himself involved in the sport in one way or another.

Like Slade, Douglas sees the advantage in previous race experience with quick reflexes and an understanding of the ins and outs of Supercars.

“I think there’s an added advantage as a driver,” he said.

“You understand it, not that other guys don’t understand, but as you’d know, other engineers who have raced as well turn out to be very good engineers because they have maybe a little bit more of an understanding of what goes on on-track.

“I understand that everything needs to be right. Anything that we can do in the pits, to the car, in the pit stops, to help even the slightest bit on track, is important. Having that mentality of everything matters is advantageous to the whole team.

“I’m very competitive, so if I can make up a tenth of a second in the pit stop for Tim, then I know that it’ll help him on track.”

Douglas expects he’ll not just be refuelling cars, putting his previous experience as an independent Super2 Series owner-driver to good use.

“I’m doing fuel in the stops, but during the weekend my official title is ‘odd job’ just because I have run my own car, I can do pretty much anything from rip up rags and sharpen drill bits to make pit stops, pit tours, if they need a hand changing the engine, whatever they need, I can do,” he said.

“Having somebody like myself that can do a lot of roles, is good for a small team as well, then they don’t have to employ too many people.”

Slade was 14th and 20th in Practice 1 and Practice 2 yesterday.

The first Qualifying session of the year gets underway today at 14:45 local time/AEDT.