Why Mostert doesn’t think he’s a title contender yet

Why Mostert doesn’t think he’s a title contender yet 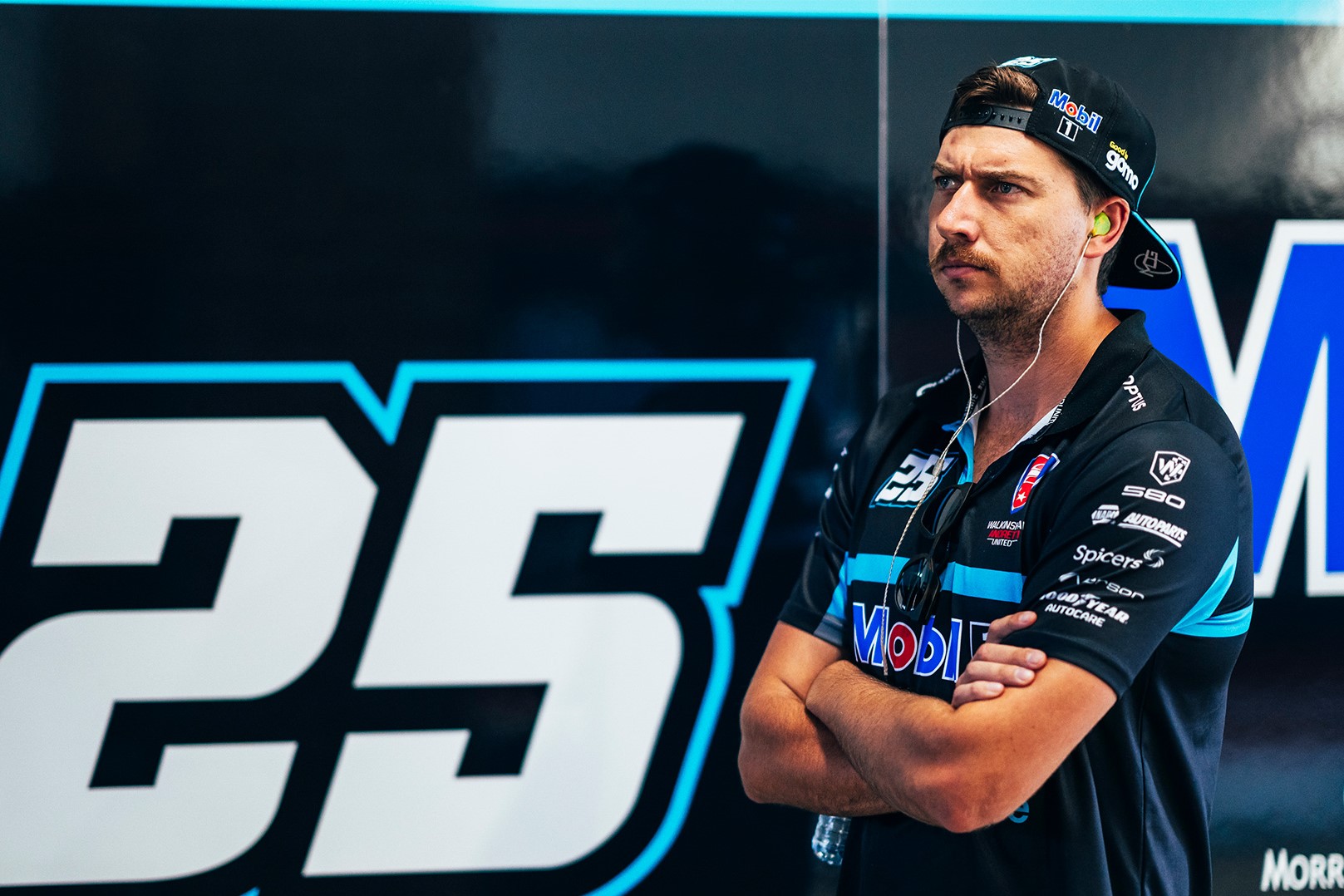 Mobil 1 Optus Racing driver Chaz Mostert says he can’t confidently call himself a contender for the 2022 Repco Supercars Championship despite his recent success.

In only his second season with Walkinshaw Andretti United, victory was forthcoming in the Bathurst 1000 last December.

Although it was a dominant performance, one which propelled him to third in the drivers’ championship, the seasoned campaigner feels there’s still a gap to two-time champion Shane van Gisbergen.

Asked whether he considered himself to be a contender, Mostert replied to Speedcafe.com, “No, not really, not after last year.

“I mean, pretty much everybody in the category was on the back foot straight away from the damage Shane did to us at the start of last year.

That ‘damage’ consisted of six straight race wins to open the season for the #97 Red Bull Ampol Racing driver, half of those with a broken collarbone and broken ribs.

Mostert, by comparison, was a race winner on three occasions all year, still securing his best finish to a season with third overall in the drivers’ championship.

Although a proven talent, Mostert said there was never an expectation to be contenders from the outset, referencing Michael Schumacher’s five-year wait before he claimed the ultimate success in Formula 1 with Ferrari.

“I don’t know why people would expect me to go to a team that, there was no secret at the time, was struggling for consistent results [and instantly win],” Mostert explained.

“I was always about having those few years of trying to make it go forward. Each year, we’ve seemed to do that.

“You can’t just expect to turn up to a place and put a [driver] and an engineer on the car and somehow turn it around. I’ve never seen it done in any motorsport.

“I never saw Schumacher go to Ferrari and win the following year. People forget that.”

“Every time we roll out I feel like we’re moving forward and learning something,” said Mostert.

“Sometimes it’s not as much as you’d like to learn as quick as possible, but it showed last year the amount of times we went to Bathurst and how much more performance we got each time we went there was good.

“For here, those four rounds, we just started so far away from it at the first round. I’ve really got a lot of belief and strength in our team that we’ll keep turning every nut and bolt in that car to keep trying to go faster and faster. It’s not like we’re at a dead end.

“That’s always exciting to be part of and that always as a driver keeps you enthusiastic about coming back. When you don’t have that, you feel a bit stale and don’t feel like you find a bit more in yourself. I’m just happy to be part of this team.

“Year in, year out, we’re moving forward, taking those places, it shows you’re on the right trajectory of obviously where you want to go.

“It’ll be a bit confusing for me when I come down pit lane for the first race and I’m normally looking reasonably early to the left when to pull in. It’ll be nice to be down that end and put a bit more pressure on those teams if we’re in the race with them.”