Comfort, or a lackthereof, has been a sticking point across the four tests at Queensland Raceway this year.

Although those who have driven the cars have shied away from speaking negatively about the project on the record, there is an undertone that the prototypes are still that – prototypes – and major improvements are needed.

The new-for-2023 Gen3 cars are a departure from the incumbent Gen2 machinery which will soon be phased out and shuffled down to the Super2 Series.

Several have noted the steering wheel position too, which is more upright.

Visibility, particularly in the Camaro, has been problematic, with some chatter of drivers struggling to see corner apexes.

Cramping has even been said to be an issue.

A Supercars statement confirmed plans to fix “ergonomic” issues, having already paused its testing programme to facilitate a change from paddle shift to gearstick.

“While the Chevrolet Camaro and Ford Mustang are in the workshop having the fully manual sequential gear change mechanism installed, they will undergo ergonomic changes,” it read.

“These include changes to the drivers seating position and steering wheel placement based on feedback from initial testing of the prototypes by a range of different Supercars’ drivers.

“Both the Camaro and Mustang will return to the track for further testing at the Ned Whisky Tasmania SuperSprint later this month.”

Speedcafe.com was in attendance at all four of the tests this year in Ipswich where a spread of drivers from different teams sampled the respective race cars.

Anton De Pasquale, Will Davison, Tim Slade and James Courtney have all driven the Ford Mustang this year.

Meanwhile, the Chevrolet Camaro has been piloted by Shane van Gisbergen, Broc Feeney, Craig Lowndes, Will Brown, and Brodie Kostecki.

Zane Goddard is the only driver to have driven both this year. 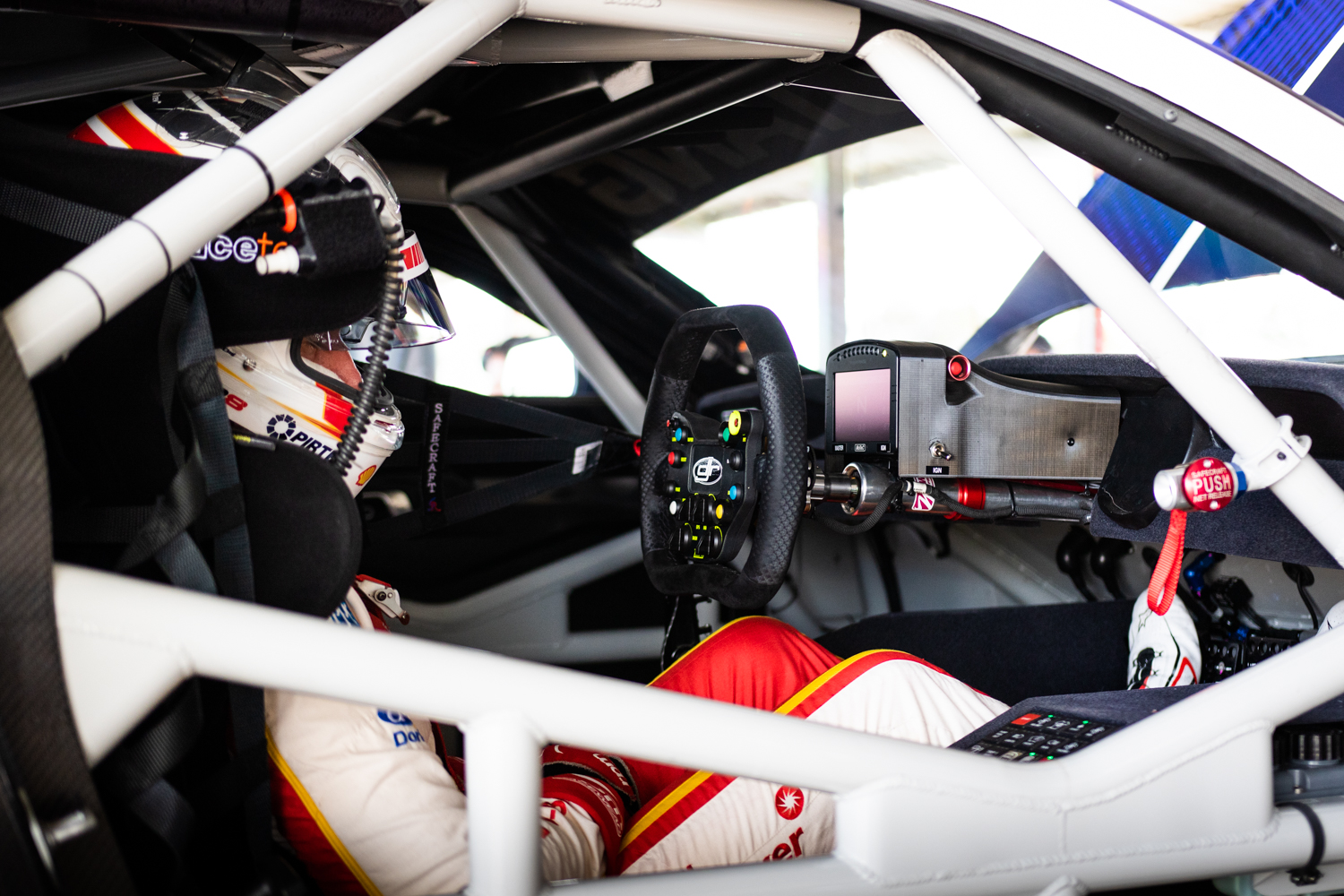 Supercars is roughly a year away from racing rollout of the Gen3 cars and full-scale production is set to ramp up in the fourth quarter.

After months of conjecture, Supercars recently announced it would ditch plans to adopt paddle shift and automatic throttle blip.

Speaking on Fox Sports’ Supercars season preview New in 2022, the Kiwi offered some insight, even if being visibly cagey.

“That’s the best news ever,” he said of the move away from paddle shift.

“It’s not that great with the paddles. The car, it’s definitely a prototype.

“As we all know, you look at the car, the cars look awesome, but we have a fair bit of time to make it better.

“The best thing is, they’re listening to our comments about the car and working really hard to make it better for next year.

“I think delaying it was a really good call and we’ve got all of this year to make the car better and enjoyable to drive. I think things are looking up for it.”

With the sequential shifter installation, the Camaro and Mustang have been sidelined, ruling them out of appearances at Winton Motor Raceway and now Sydney Motorsport Park.

Now, the prototypes are being overhauled as changes are made to the ergonomics of the chassis to solve its driver discomfort drama.

Although Supercars said it plans to have the prototypes back on track at Symmons Plains later this month, Speedcafe.com understands even that may be a push.

Running today to Sunday, the Beaurepaires Sydney SuperNight signals the start of the 2022 Repco Supercars Championship.