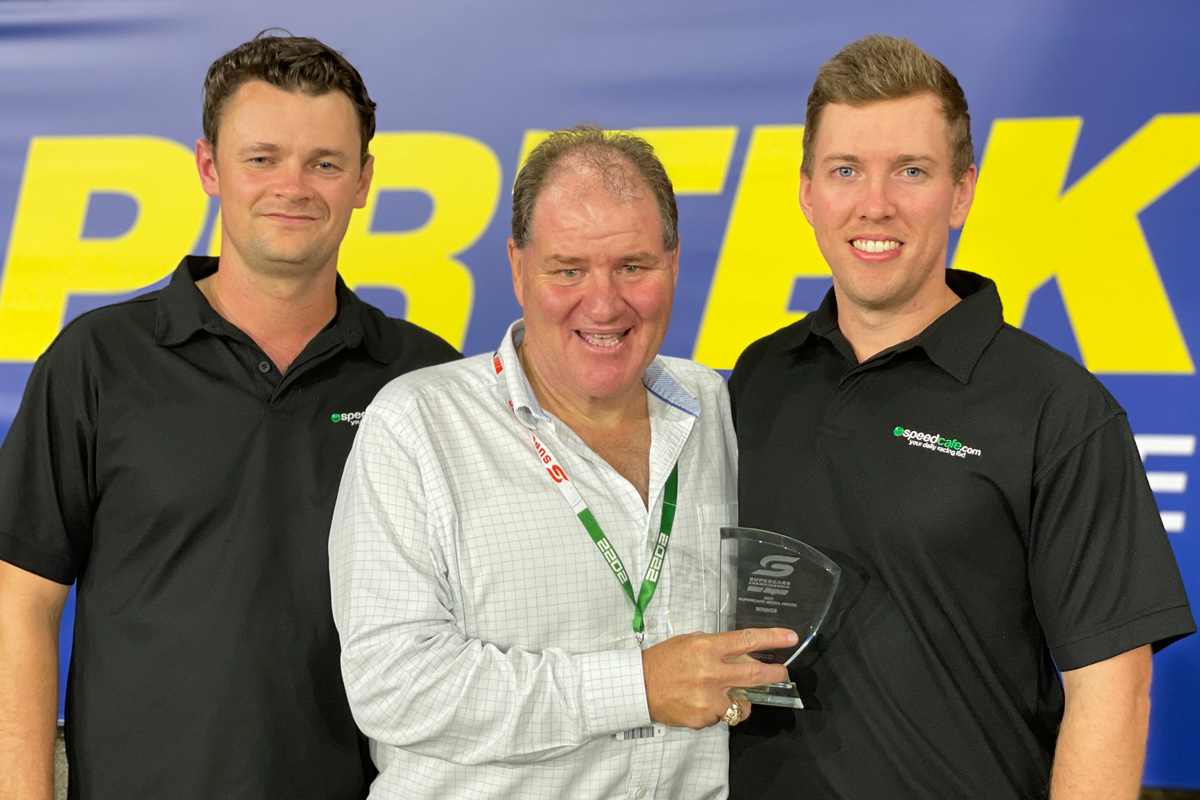 Speedcafe.com has been crowned best Supercars publication of 2021.

Our team produced a total of 2,402 Supercars stories across the calendar year, looking at the good and bad, the technical and human elements of the sport, and offering readers a mix of content from breaking news to feature articles.

Among the stories we broke were: the critical Gen3 crisis meeting between Supercars and teams that ultimately saw the next ruleset delayed; every step of the Supercars sale process; the various ownership developments involving Kelly/Grove Racing; several driver movements; and the identity of the championship’s new CEO.

“This is testimony to the amazing work of our hard-working team who do an incredible job day after day,” said Speedcafe.com owner and founder, Brett “Crusher” Murray.

“We have an incredible group of young talented journalists and management who live and breathe what they do.

“They take enormous pride in what they produce and it is nice for them to be rewarded accordingly.

“It is also a nice “thank you” to our family of loyal Platinum Partners who have joined us for this successful journey.

“Fans can be sure that we will keep striving to provide one of the world’s best motorsport news services first, fast and free.”

Speedcafe.com extends its congratulations to other award winners on the night, including journalist of the year Andrew van Leeuwen, photographer of the year Daniel Kalisz, and media manager of the year Mitch Robinson.