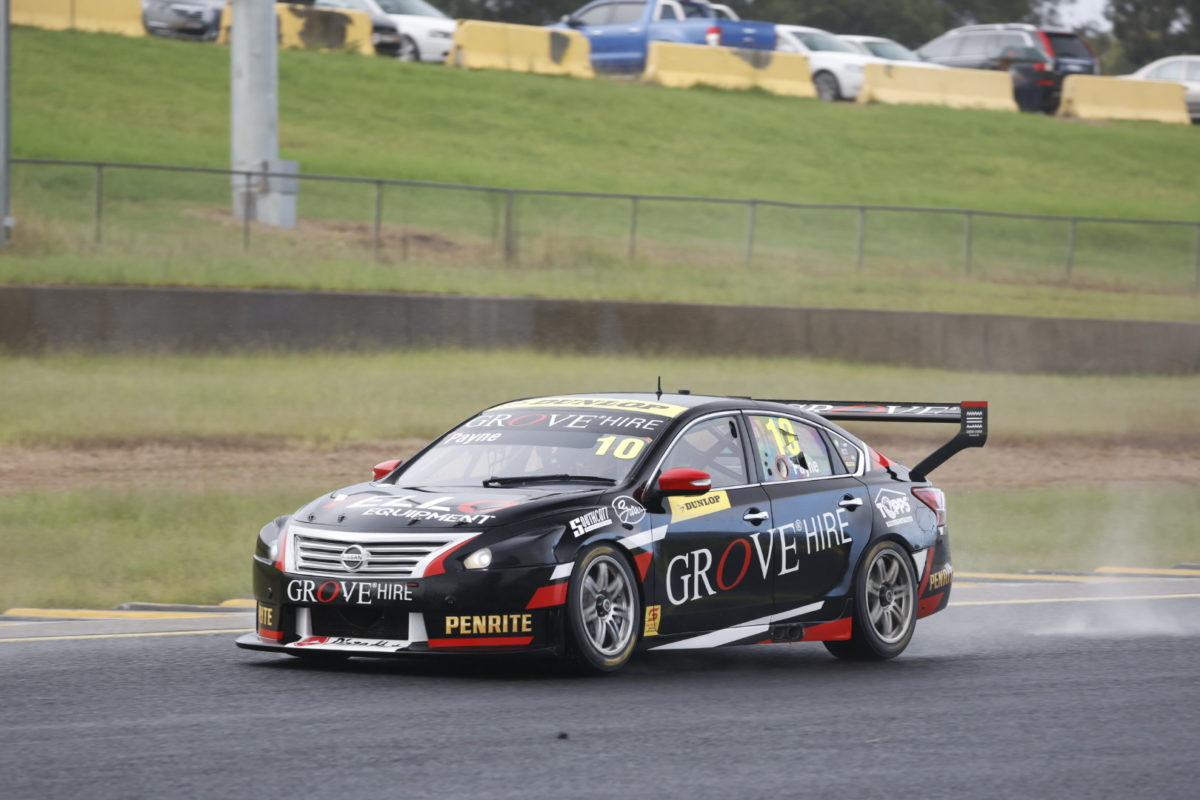 As was the case in the day’s earlier session, rain was intermittent throughout the 40-minute hit-out and that played a part in the two red flag periods which would transpire.

Quickest at the end of the initial flyers had been Zane Morse (#11 Brema Group VF Commodore) with a 1:45.3933s as the field rolled out on a damp track.

His time in first position came to and end when Tickford Racing’s Zak Best clocked a 1:43.3883s on his second run, just over 15 minutes into the session.

Best was still fastest when he triggered a red flag 10 minutes later, having spun into the gravel trap at the final corner and been unable to drive the #78 FGX Falcon out of it.

After a halt of around five minutes, the field was released from pit lane again, at which point Fraser went fastest on a 1:42.8919s in the #777 VF Commodore and Hill followed his Triple Eight team-mate across the line in a time of 1:42.9464s.

However, both were bettered moments later by Payne, and no one had a chance to go quicker again when a second red flag period came in the 36th minute.

That stoppage was a result of two cars becoming stuck on drivers’ left at Turn 9, namely Super2 rookie Nash Morris (#67 Flash Bush Motorsport FGX Falcon) and Super3 competitor Steven Page (#2 Eggleston Motorsport VF Commodore), although no incident was captured on broadcast and it was not clear if their dramas were related.

Hanson had just set a 1:43.1119s which was good enough for fourth, with Best’s earlier effort standing up for fifth-quickest.

Sixth through eighth in the end were Maxwell, Robotham, and Matt Chahda (#18 Matt Chahda Motorsport FGX Falcon), with Blake Fardell (#77 Peter Xiberras VE Commodore) ninth outright and top of Super3 with a 1:44.2244s which had him briefly second-quickest.

MWM’s Tyler Everingham, who had been in hospital overnight, finally made it to the circuit and explained that he had suffered a bout of food poisoning.

He was a bystander for Practice 2 but expects to saddle up in the #27 Nissan Altima tomorrow.

“It was pretty good timing as usual,” said Everingham sarcastically, “but I got a pretty bad case of food poisoning and ended up with an infection.

“We got cleared from hospital at 10 this morning and came straight here.

“We’re all good to run tomorrow so we’re a little bit behind now but we should be able to make it happen.”

“It just depends what tomorrow is like. The weather is going to be a little bit dicey so that might help us a little bit with being a bit behind.”