Chaz Mostert has gone fastest in Practice 2 for Supercars’ Beaurepaires Sydney SuperNight, a session brought to a slightly early end by a wild moment for Anton De Pasquale.

Mostert was quickest on a 1:32.5356s when the red flag was called for a second time in the 40th minute of a scheduled 40 for De Pasquale’s incident.

The Practice 1 pace-setter ran off exiting Moffat Corner (Turn 1) and, with the grass soaked from heavy rainfall during the week, he careered past Bond Bend and eventually came to rest in the distance after light contact with the tyre wall for the #11 Shell V-Power Racing Team Mustang.

At the top of the timesheet, just 0.0704s separated the #25 Mobil 1 Optus ZB Commodore of Walkinshaw Andretti United’s Mostert from the #6 Monster Energy Mustang of Tickford Racing’s Cameron Waters.

The second 40-minute hit-out of the day for the Repco Supercars Championship field as was dry as drivers could hope for under the circumstances.

The rain had stopped for the start of the session and the vast majority headed out on slick tyres, not withstanding the big rivers running across the final complex of corners in particular.

He had just pitted when Brad Jones Racing’s Andre Heimgartner (#8 R&J Batteries ZB Commodore) took over the ascendancy with a 1:34.6003s, then Waters went quickest with a 1:34.3834s on his first run proper.

Waters got that lap in just before a red flag was called in the 11th minute due to Jack Smith (#4 SCT Logistics ZB Commodore) becoming bogged after running off at Bond Bend (Turn 2).

Van Gisbergen rolled out with a 1:34.3475s straight after the red flag period ended, but Waters ensured his time in first position lasted seconds with the Tickford driver managed a 1:34.2033s.

Davison was not part of that action, instead spending a long period sitting in the Shell V-Power Racing Team garage in the #17 Ford Mustang.

Reynolds went second with a 1:32.7552s with six minutes to go despite a big slide on the water at the final corner, and Waters had a similar moment when he clocked a 1:32.6060s in the 38th minute.

Brown had just moved back up to third on a 1:32.6640s when the red flag was called for De Pasquale’s off, which ended proceedings.

The top seven was covered by less than half a second, with De Pasquale 0.5385s off the pace of Mostert, and the top 10 rounded out by Jack Le Brocq (#34 Truck Assist ZB Commodore) and Lee Holdsworth (#10 Penrite Mustang).

Qualifying for Race 1 will be held tomorrow from 14:45 local time/AEDT, with a Top 10 Shootout to follow later in the afternoon. 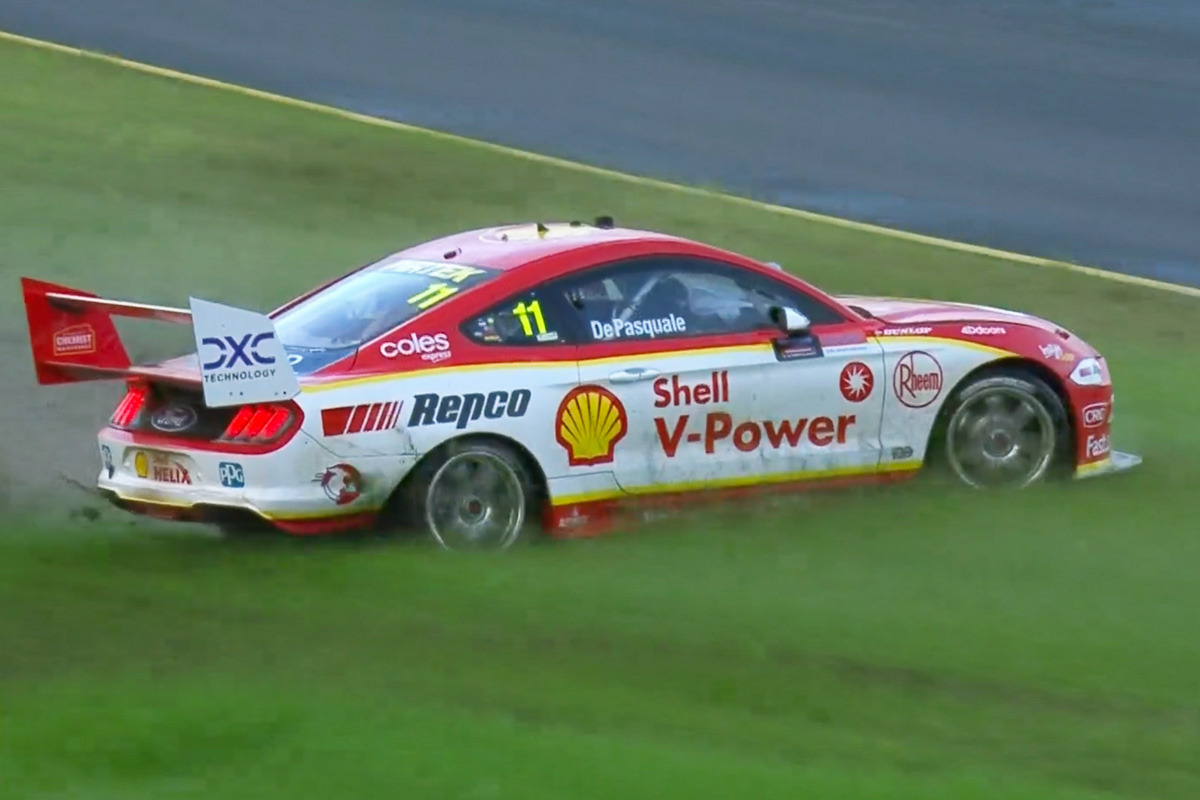