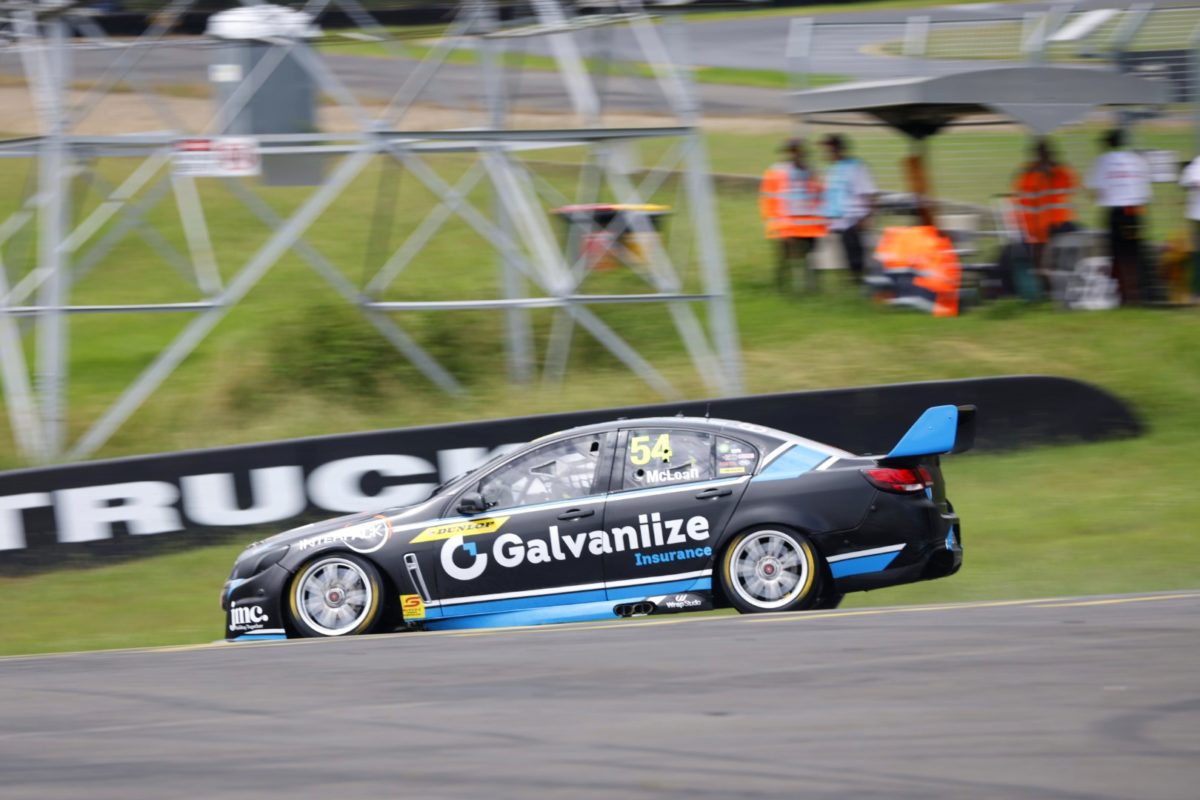 Matt McLean has set the pace in Practice 1 for Round 1 of the Dunlop Super2 Series at a wet Sydney Motorsport Park.

The Eggleston Motorsport driver clocked a 1:40.7845s just before the second of two red flags in the 50-minute session, which saw intermittent showers throughout.

The first 10 minutes of the session were reserved for the rookies, who went out with light rain falling over Eastern Creek and the circuit already damp.

Despite the sun poking through the clouds and the track drying out, wets were still the preferred option, as Tickford Racing’s Zak Best (#78 FGX Falcon) and MWM’s Angelo Mouzouris (#6 Nissan Altima) demonstrated when they had offs while running on slicks.

The session was then red flagged in the 21st minute when Super3 competitor Paul Boschert (#25 Paul Boschert VE Commodore) spun at the Turn 8 hairpin and became bogged on the inside of the corner.

Almost as soon as the session went green again, the showers returned, prompting anyone who had changed to slicks during the stoppage to switch back.

The rain only temporarily halted the advance in times, however, with the timing screen soon lighting up again with a flurry of personal best and even fastest sectors.

McLean, who had been second-quickest since just before the first red flag, took over the ascendancy with a 1:40.7845s with just over 10 minutes to go.

Moments later, the session was interrupted again when Garry Hills (#76 Garry Hills VE Commodore) spun off the road at Moffat Corner (Turn 1) and slid into the tyre barriers via an outfield left saturated from rain during the week.

Despite some opting for slicks for what was a final three minutes or so of track activity, there were no changes to the pointy end of the order.

Eggleston’s Kai Allen was best of the Super3 contingent on his debut in the category, clocking a personal best 1:43.2634s in the #26 VE Commodore which left him 14th outright.

Tyler Everingham (#27 MWM Nissan Altima) missed the session after an overnight hospital stay but is on his way to Sydney and set to drive later this weekend.

Practice 2, a 40-minute session, starts this afternoon at 16:40 local time/AEDT.