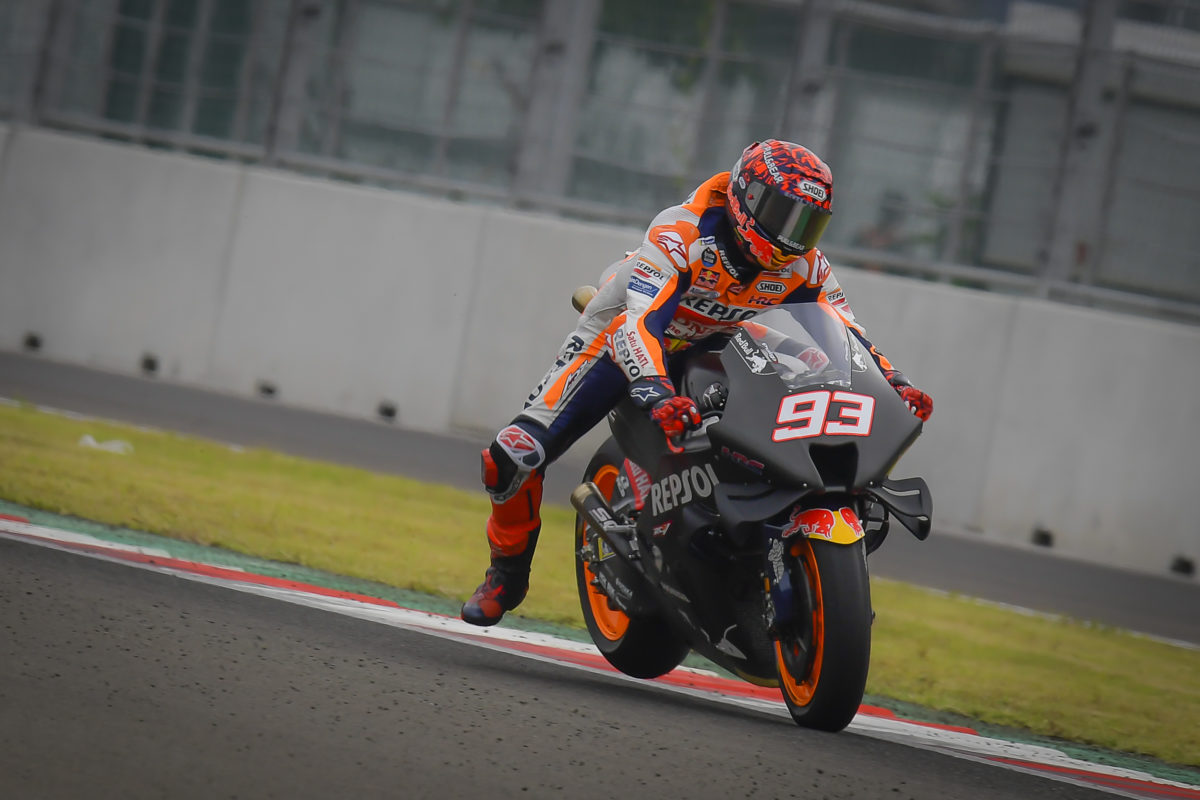 Marc Marquez says that the Honda RC213V has changed so much that it feels like a different make of MotoGP bike.

The Japanese marque was exposed by the injury which Marquez sustained in the first race of 2020, losing its talisman for the remainder of that campaign and also the 2021 pre-season.

While #93 would manage to accumulate three victories by the end of 2021, he spent much of the year trying to get back to full fitness, and that showed up deficiencies in the RC213V which the other Honda pilots were unable to ride around.

Now, after a big development push from the latter half of last year, it is a vastly different package which he, his Repsol Honda team-mate Pol Espargaro, and LCR duo Takaaki Nakagami and Alex Marquez will saddle up on in 2022.

“They did a big step on the bike,” commented the six-time premier class champion.

“Honestly, it feels like I changed the brand because it’s a completely different bike.

“Since I arrived in Honda, there was always improvement but the character of the bike was always similar, but now it’s a big change.

“In Malaysia [first test of 2022], I struggled a bit but I feel the potential because in one-lap, the lap time was coming, but in Mandalika [second and final pre-season test] I was bringing the bike to my riding style already and I felt a step.

“During the first races we will find small things, but the base is nice, it’s good, and yeah let’s see in qualifying and race conditions where we are.”

Marquez said during the Sepang test that he was having to “sacrifice” his style for the new Honda, specifically with how he manoeuvres the front end.

That had been a strength of his, but Honda had become notorious for having a bike which only the Spaniard could make work, a point which he acknowledged.

“I think it is a bike for more riding styles,” said Marquez.

“Last year’s bike, everybody says, all the other riders say ‘difficult, difficult’, but I won three races, with a bike that is not good.

“So, following the comments of all the riders, they did a big change.

“Now it’s a bike that to ride in lap times is easier, but to find these last tenths, you need to understand how.

“[The] Front tyre is working a different way but already in Mandalika, I bring to my riding style and I feel less stressed and I feel the confidence again, so let’s see.