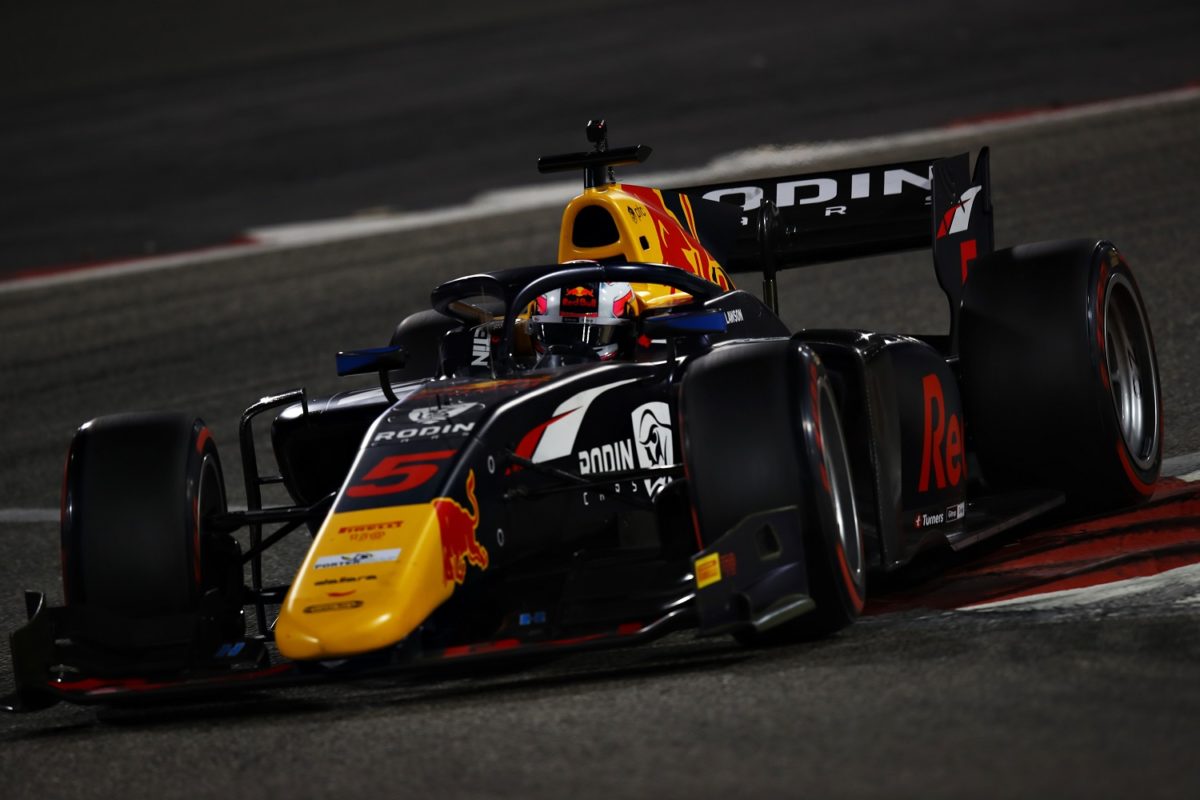 New Zealand’s Liam Lawson was the fastest of the Formula 2 runners in action on Day 2 of pre-season testing in Bahrain.

The Carlin driver was the first and only driver to post a sub-1:42 laptime as he ended the day 0.4s clear of Ralph Boschung.

Like the opening day’s running had been, it was a stop-start affair with a further three red flags before lunch.

Though times were not especially rapid, the circuit was busy with half a dozen drivers recording 40 laps or more.

Logan Sargeant was the busiest with 45 laps in the morning, followed by Wiliams and Lawson on 43.

“43 laps in very warm conditions focusing on race runs with lots of valuable information gathered. P7 for the session and all went to plan,” said Williams of his morning’s work.

Van Amersfoort Racing’s Amaury Cordeel twice came to a stop on track, first at Turn 8 then later at Turn 7, while Ayumu Iwasa pulled up at Turn 2 to trigger another red flag.

The afternoon session was a more straightforward affair with times improving significantly, in part due to teams bolting on newer rubber.

It saw 21 of the 22 runners covered by little more than two seconds, the odd man out being Marcus Armstrong who logged just two laps for Hitech.

Testing in Bahrain continues with the third and final day on Friday from 11:45 local time.