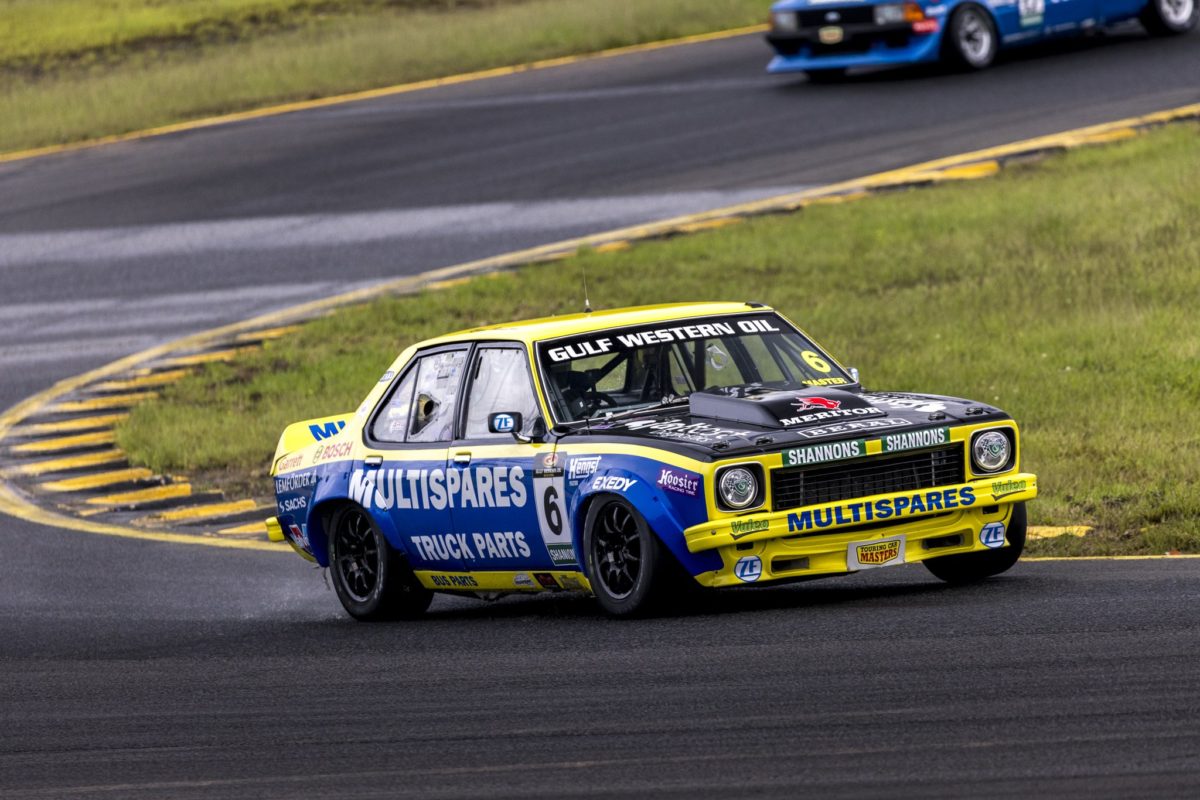 Ryan Hansford has put his Holden Torana on pole position for Round 1 of Gulf Western Oils Touring Car Masters in challenging conditions at Sydney Motorsport Park.

On a partially wet circuit, the Peters Motorsport driver lapped more than six tenths of a second faster than the rest of the field in clocking a 1:43.5781s.

John Bowe will join him on the front row of the grid for the first Series Race of 2022 in another Torana, with George Miedecke (Chevrolet Camaro RS) and Steven Johnson (Ford XD Falcon) qualifying third and fourth respectively.

Miedecke and then Bowe had gone quickest after a mid-session red flag, triggered when Tony Karanfilovski spun and hit the wall at the final corner.

However, Hansford, who has been promoted to the Pro Masters class this year by virtue of a rule change and his results in 2021, would reclaim the ascendancy.

The Trophy Race and Race 1 will be held on Saturday at 13:25 and 15:50 local time/AEDT respectively.

Kody Garland led initially before Brewczynski overtook him on Lap 4 and would not be headed again, despite subsequent pressure from Tom Hayman.