Suzuki: Rins ‘worried all his rivals’ in MotoGP pre-season

Suzuki: Rins ‘worried all his rivals’ in MotoGP pre-season 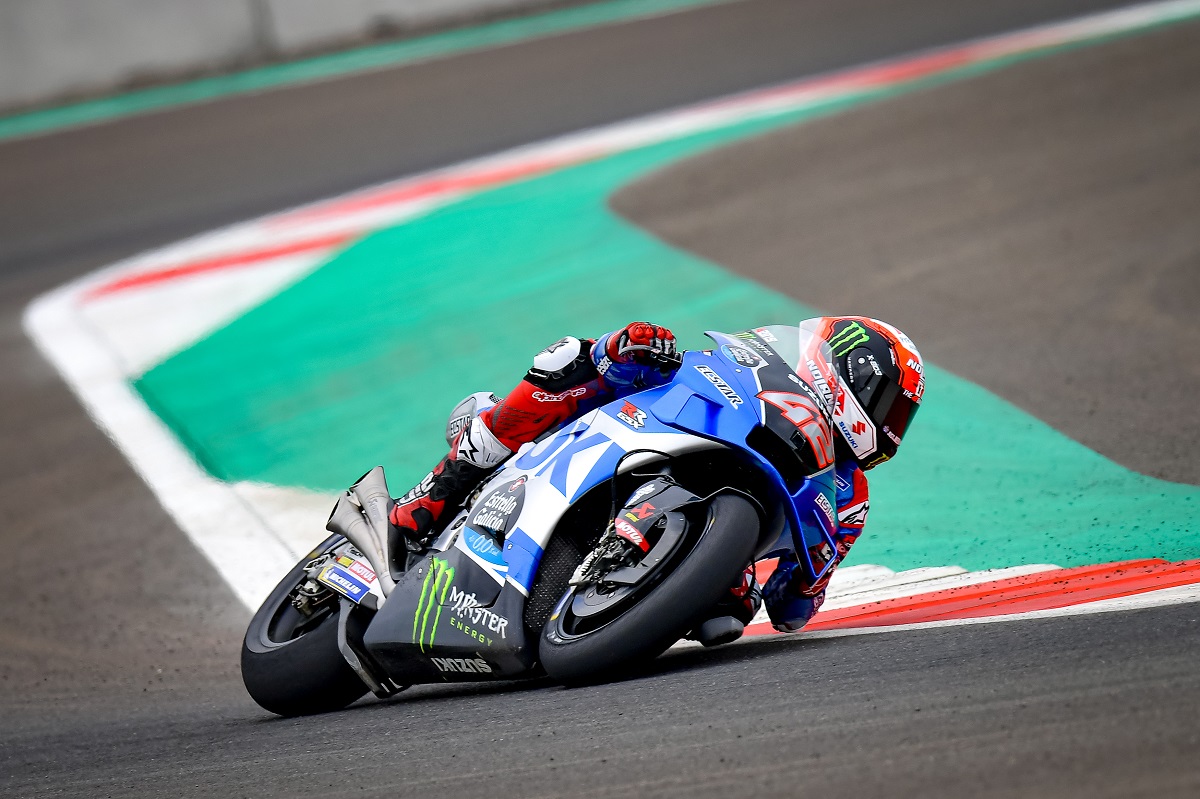 The 2022 season comes to life this weekend with the Qatar Grand Prix, and Team Suzuki Ecstar will be hoping for something more like its 2020 campaign, when Joan Mir won the championship, than the lacklustre effort last year.

While the fastest riders on the five days of pre-season were Aprilia’s Aleix Espargaro, Gresini’s Enea Bastianini on a year-old Ducati, Honda’s Pol Espargaro, VR46’s Luca Marini on a Ducati, and Pol Espargaro again, Suzuki was a consistent performer.

According to Sahara, so consistent was Rins that other teams will be concerned.

“In the pre-season test sessions, we felt progression with our bikes with some updates from the Hamamatsu factory,” he said.

“Those new items have been put into play by the team, and both Joan and Alex [Rins] adapted very quickly during the winter.

“Joan is Joan, he is one of the best riders and super motivated.

“Alex showed speed and consistency in the winter testing that worried all his rivals.

“So, I can say we are ready and in very good shape.”

Sahara’s comments regarding updates from the factory are notable, given how badly it fell behind in the development race last year.

The GSX-RRs were only fitted with rear ride height devices when the season resumed after the summer break, for example, and their system was not particularly refined.

Team Suzuki Ecstar also went without a dedicated team manager for the duration of the 2021 MotoGP season, after Davide Brivio opted to move to the Alpine Formula 1 operation.

Brivio’s duties were distributed among a seven-person ‘committee’ structure, with project leader Shinichi Sahara admitting his extra workload was “way too much” as he became the effective team manager.

Last month, it finally appointed a replacement in Livio Suppo, who guided Repsol Honda to multiple titles as team principal and was project manager at Ducati when Casey Stoner won the 2007 world championship.

Sahara is eyeing further improvements on not just the development front, but also the running of the team.

“I also think we still have some room for another step of improvement to be even stronger in terms of bike performance and team management,” he added.

“The factory in Hamamatsu never stop developing and pushing, and we also plan on some further updates for the GSX-RR during the season.

“Our new team manager, Livio Suppo, will also reinforce the team’s performance. I’m quite confident his knowledge and experience will bring extra strength to us.

“Now what we should do for the race weekend is keep our heads cool to avoid any mistakes; we are ready.”