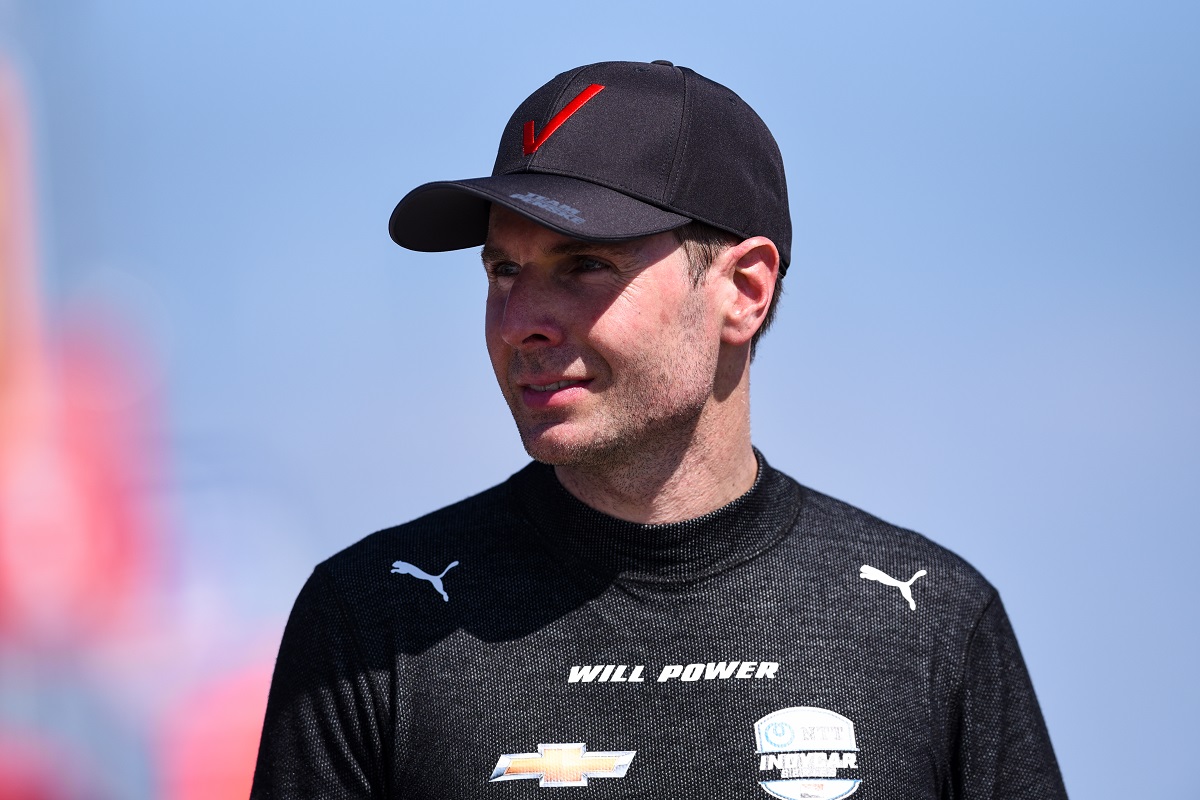 Team Penske drivers Will Power and Scott McLaughlin have given contrasting takes on IndyCar’s blue flag rules after the Grand Prix of St Petersburg.

Power finished third despite the sole Caution of the 100-lap race falling against him, but was shaping as a threat for second-placed Alex Palou during the final stint.

His charge was blunted when he got stuck behind Jimmie Johnson, who was already a lap down, for a number of laps, and ultimately took the chequered flag just under two seconds behind Palou.

Blue flags had already been a hot topic at St Petersburg, given it was the first event of the season and, being a street circuit, the first where a new rule to deal with lapped cars applied.

Specifically, IndyCar may disable push-to-pass for a lapped car which has been shown a blue flag, although leading drivers suggested it would not make much difference given such cars are supposed to yield anyway.

Power, along with Romain Grosjean and Colton Herta, agreed that it would be preferable if the rule applied also to cars which are in danger of being lapped.

After Sunday’s race, he was incensed by the fact that Johnson held him up despite already being lapped.

“We keep telling IndyCar and they just they keep making change-…” said the Queenslander, sarcastically.

For Power, the issue has long been a concern of his.

“I’ve been on this for 10 years. When every driver in the drivers’ meeting except one person says we need a blue flag rule, why isn’t there one?”

Palou was arguably a net beneficiary of the presence of backmarkers, particularly when his Chip Ganassi Racing team-mate Johnson allowed him to get up to the gearbox of McLaughlin’s #3 Penske entry.

Then, Devlin DeFrancesco headed them across the finish line as he sought to stay on the lead lap rather than let the top two through at the very end.

Palou suggested he did not really get an advantage out of the situation, but did not welcome the intrusion anyway.

“No, at the end, I have to pass them as well, right?” noted the Spaniard.

“But yeah, I didn’t really like that they – especially, the last three laps – didn’t let us pass.

“You never want a race to be that dictated by the slow cars.”

Ironically, McLaughlin was perhaps the least concerned of the podium finishers, despite the potential for Johnson and/or DeFrancesco to have cost him victory.

Now into his second full season in IndyCar, he accepts it as part of life in the category.

“I think we could have controlled the race a little bit better if it wasn’t for a couple of backmarkers,” said the first-time race winner.

“But at the end of the day, that those are the rules, you know?

“They’re well within their right to do what they were doing and hold their position, hold their ground.

“I guess the last one – Devlin – I was sort of a bit surprised just because it’s two laps to go, he was a long way off sort of the guys in front of him, and I thought maybe he would just let Alex and me go.

“But he’s well within his right to stay there. That’s the rule in IndyCar; unless you’re a lap down on the whole field, you don’t have to get out of the way.

“That’s different to how they run it really anywhere [else], but it’s been like this for a very long time in IndyCar and I’m not going to chirp up about it; everyone’s had to deal with it over time.” 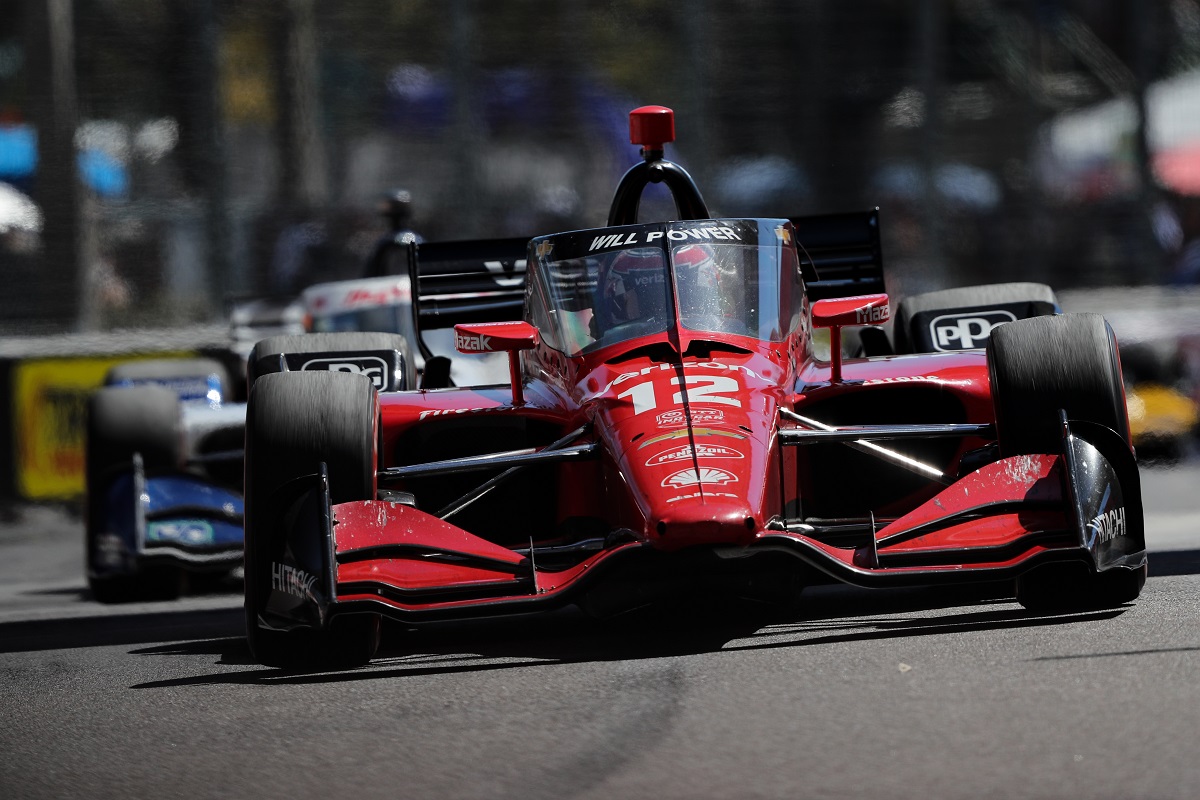 Power also expressed his disagreement with another part of the rule book, namely the initial closure of pit lane under Caution.

He was the only driver who started in the top 10 to do so on primary tyres, and was making time on his key rivals including McLaughlin when the circuit went yellow on Lap 25, compromising the 2014 champion’s strategy.

“I knew that everyone would come back to me because the reds [option tyres] would go off, but unfortunately caught that yellow,” he noted.

“We were coming pretty good, I was pretty sure we’d be able to get past Scott, but then obviously I had to then get on reds and try and maintain a reasonable pace, which I did in the second stint for a whole stint.

“So, I think we could have been alright with that strategy, but caught it out with the with the yellow.

“Something else I’ve been on about for a decade is closing the pits under yellow, because it would have been so nice to be able to pit under yellow there.”

On this occasion, the Caution at least did not cause wholesale upheaval when the race finally played out.

While all but one of those drivers who had not yet taken their first stop did so once pit lane opened under yellow, the two-stop strategy proved superior, with Scott Dixon ending up best of the three-stoppers back in eighth.

Power sits 18 points behind McLaughlin on the way to Texas Motor Speedway for the second event of the season on March 19-20 (local time), for which Stan Sport will have live and ad-free coverage.

Before then, those two, Palou, and others will test at the Fort Worth circuit this Monday (local time).