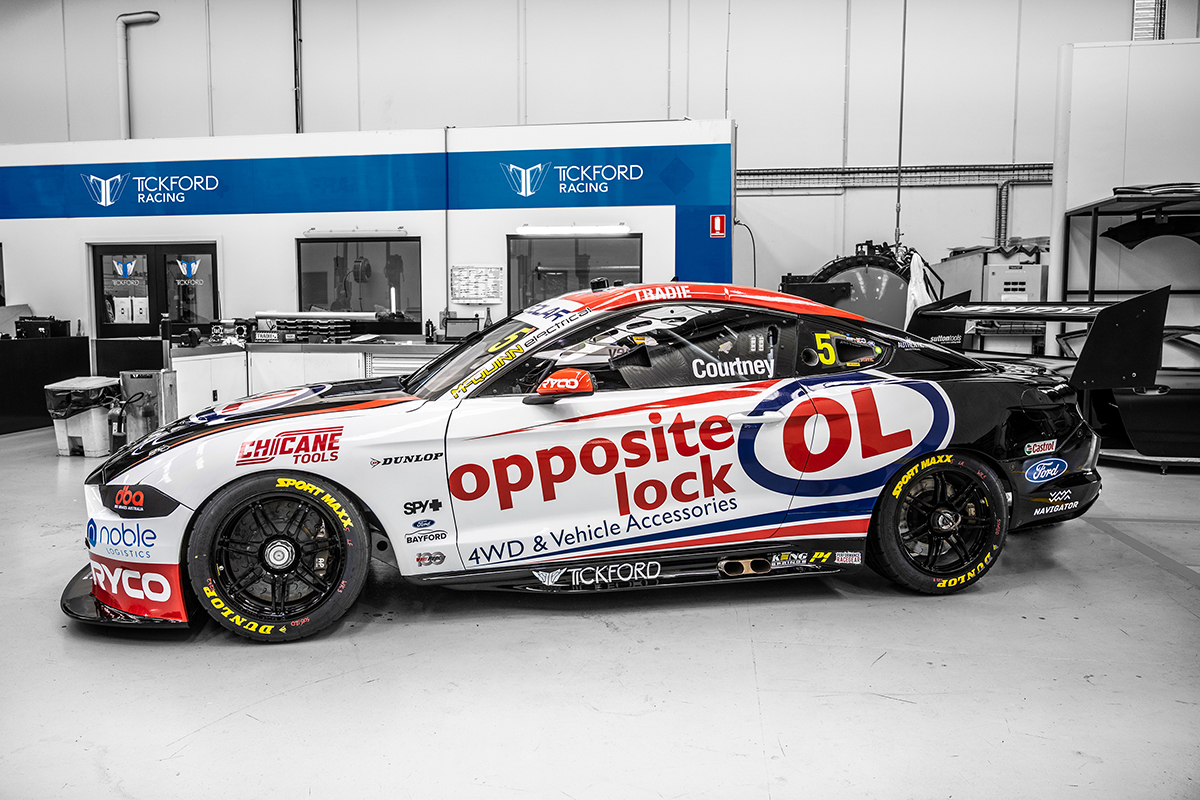 The #5 Ford Mustang is the last car to be revealed ahead of the first event of 2022 at Sydney Motorsport Park.

As expected, Boost Mobile does not feature on the car having shifted its full support to Erebus Motorsport as the team’s naming rights partner.

Courtney’s deal is one of several limited-run liveries.

Team 18 driver Scott Pye will sport Seiko backing at Round 1 while PremiAir Racing’s Garry Jacobson will have Subway sponsorship at the first two events of the year. Bryce Fullwood (Brad Jones Racing) will also have a livery change post-Sydney, although he will retain Middy’s Electrical in a naming rights capacity.

“It’s great to be back getting ready for a new season, and fantastic to have Opposite Lock joining the team on the #5 Mustang,” said Courtney.

“On the race track we try and keep it on the black stuff, but I enjoy going off road with the kids away from the track so it’s great to have the support of a team that’s passionate about four-wheel driving.

“I’m really looking forward to this one, obviously a new season is always exciting, but I feel really settled in with the team at the moment.

“We had a positive test day last week which is a good boost of confidence heading into the first race of the year.

“The car looks great, and we’ll do our best to make the team at Opposite Lock proud this weekend.”

Courtney took 11th in the drivers’ championship last year in what was his first full campaign with Tickford Racing.

The Sydney-born pilot claimed a season-best third at Sydney Motorsport Park in 2021 in a campaign where he finished inside the top 10 on 13 occasions.

This year marks his 17th season in Supercars.