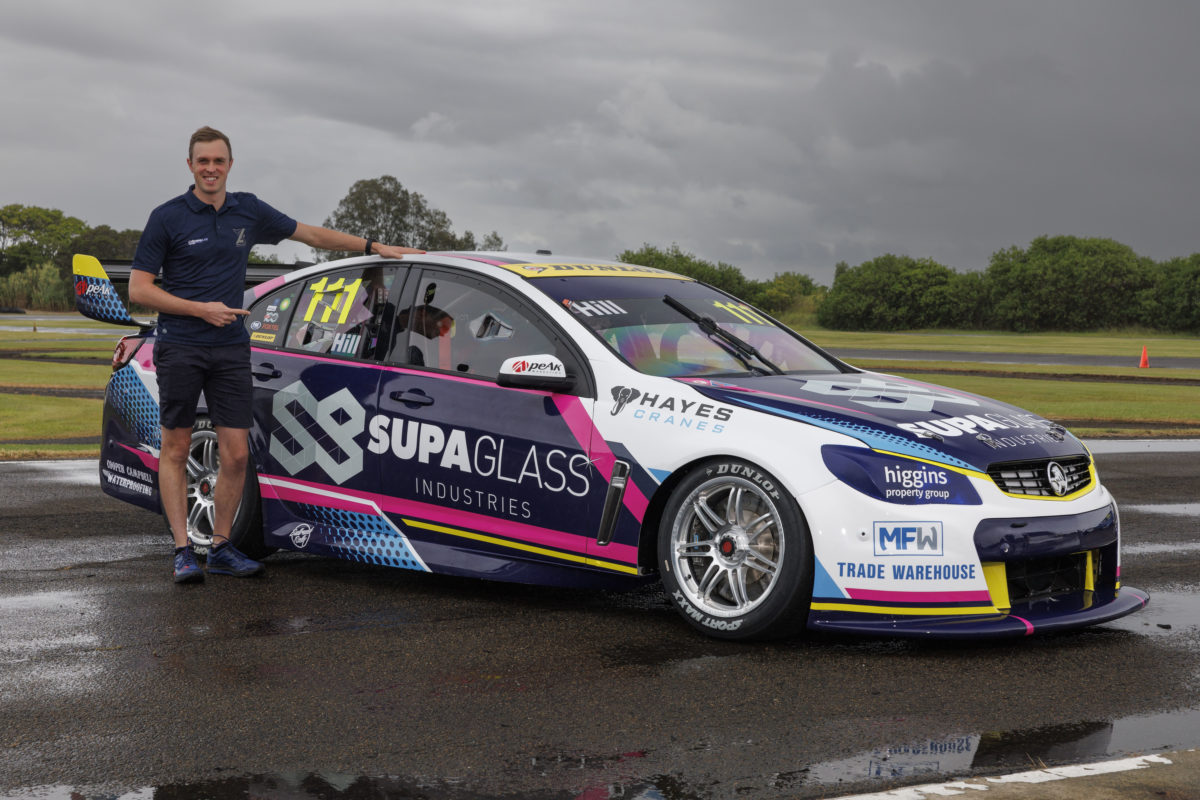 Practice at this weekend’s first round of the Dunlop Super2 Series at Sydney Motorsport Park will serve as an important marker for rookie Cameron Hill.

The 2021 Carrera Cup series winner has linked with Triple Eight Race Engineering for the coming season, to drive one of its VF Commodores in the second tier of Supercars.

He had not previously driven a Supercar at all until getting two test days under his belt at Queensland Raceway last month, an outing which helped ease his nerves.

While Hill is obviously looking to progress to being a Super2 winner, he will have a better idea of just what sort of a task he is facing once he has driven in Friday’s two practice sessions.

“I’m pumped for my first-ever race in a Supercar,” said the Canberran.

“Obviously, it’s something new for me having raced Carrera Cup for the last few years.

“Super2 runs to slightly different race formats, so it will be good to learn from the Triple Eight team about how it’s done.

“In terms of goals and expectations, I want to do the best I can, ideally for race wins and long-term the series title,” he added.

“We’ll know very quickly where we stand when we roll out on Friday and after that we’ll just take it as it comes.”

Hill shares the Triple Eight Super2 camp with Declan Fraser, who has moved across after spending his rookie season at MW Motorsport.