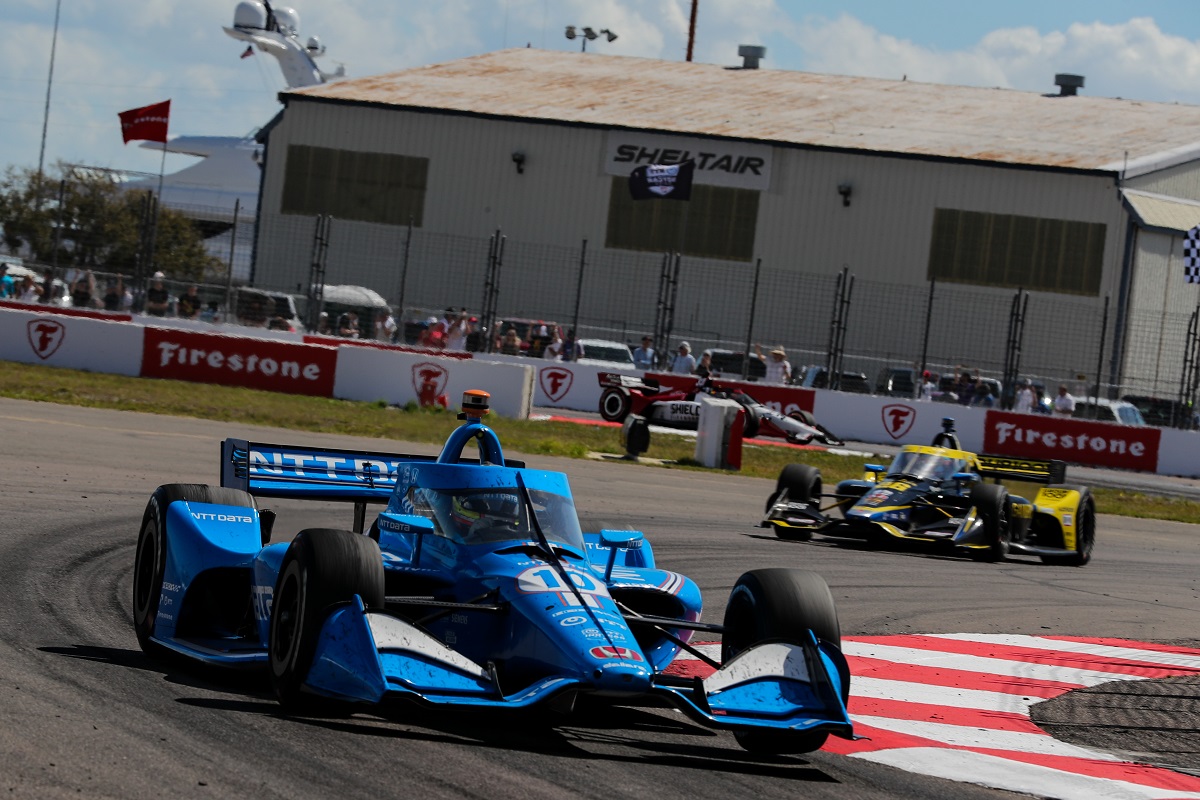 Alex Palou believes that Chip Ganassi Racing needs to further improve its street package despite snaring a second placing in Race 1 of the IndyCar Series at St Petersburg.

The 2021 champion finished half a second behind Scott McLaughlin after 100 laps around the Florida street/airport circuit but had qualified only 10th in the #10 CGR entry.

He had emerged an effective third once the first pit stop cycle was completed during the only Caution of the race, overtook Will Power on the restart lap, and remained next-best to McLaughlin thereafter.

The Spaniard was hardly an outlier in the CGR camp on Saturday afternoon, either, with none of its cars making the Fast Six.

Scott Dixon qualified seventh and finished eighth after he was put on a three-stop strategy, Marcus Ericsson went from eighth on the grid to ninth after being penalised for pit lane contact along the way, and Jimmie Johnson finished a lap down from last on the grid.

Asked if his race was a sign of improvement on street courses, Palou gave cause for optimism, but admitted qualifying pace is still an issue.

“I still think our qualifying pace is not there yet. Like, suddenly in the Warm Up, we were up there where we thought we would have been in qualifying, but we struggled to get one-lap [pace], especially in street courses, but we’re getting there.”

It is at least a vast improvement relative to 2021, when Palou went from winning the season-opener when it was held at Barber Motorsports Park to finishing 17th a week later in St Petersburg.

“I think last year we got the 17th here as a result, and had no real pace; today [2022 race] we had peace and also had scored a podium, so pretty happy we making steps in the right direction.

“Obviously, we cannot make we can make a huge change from one day to the other that’s going to completely change car performance, but we’re moving forward and we’re proving that it’s working.”

Palou’s net gain of eight positions over the course of the race was impressive enough, but he also did it with one hand tied behind his back.

The 24-year-old was not able to fully attack McLaughlin in the closing stages because of a telemetry issue which meant the team could not reliably calculate a fuel number.

“Since the start, I was able to get some guys at the start, and then Turn 3, Turn 4 as well, so I was pretty happy.

“The crew did an amazing job during the pit stops, so that’s luck as well – I mean, I’m not doing anything there – but the boys did a really good job during the pre-season to try and be as good as they were and ready today.

“It was a good race, it was a great day.

“But anyway, I think we have enough fuel now for the next race also,” he quipped.

Palou trails McLaughlin by 13 points with the first race of 2022 in the books.

Both will be in action at the Texas Motor Speedway Open Test on Monday (local time), before the second event of the season is held there on March 19-20 (local time).