IndyCar victory still yet to sink in for McLaughlin

IndyCar victory still yet to sink in for McLaughlin 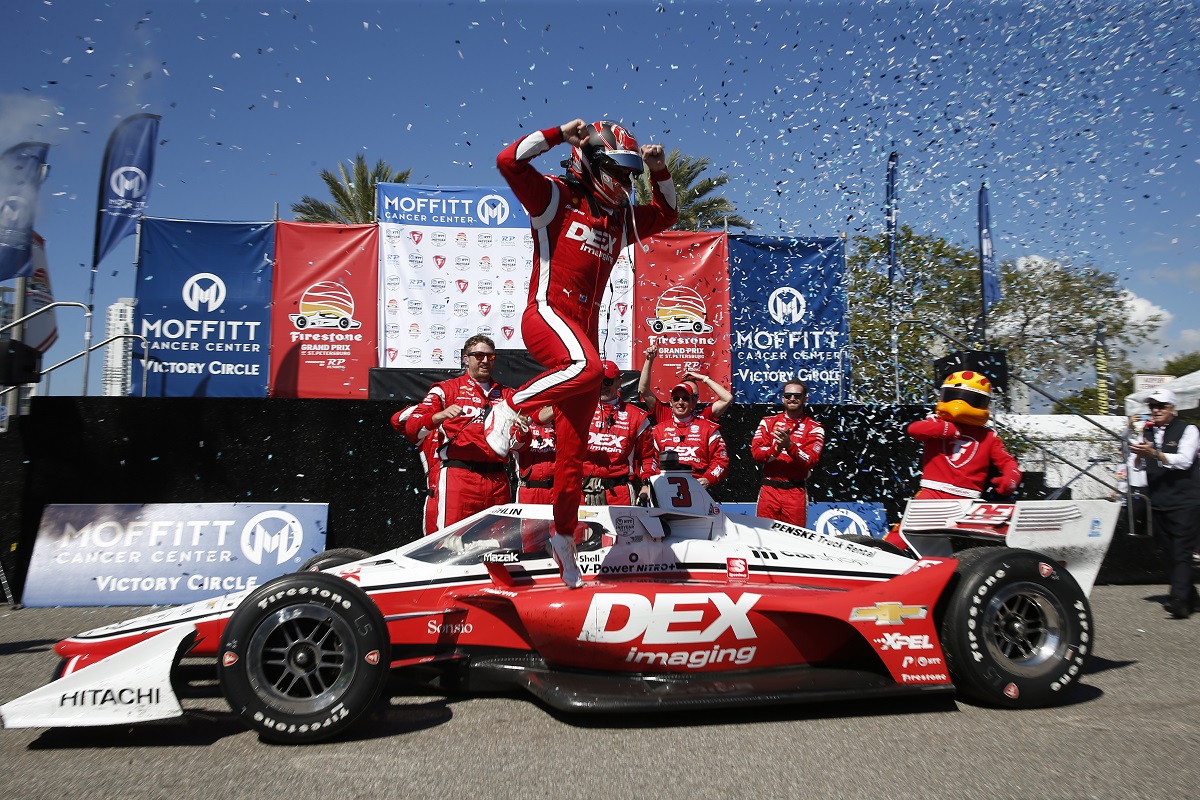 Scott McLaughlin says his first IndyCar win is yet to sink in, two days on from the triumph in St Petersburg.

The three-time Supercars champion kicked off his second full season in IndyCar with a well-earned victory, qualifying on pole and effectively leading all 100 laps.

He described the time since as a “whirlwind”,  but hopes to now savour what he has achieved.

“It hasn’t sunk in,” said the Team Penske driver.

“I’m planning on having a couple people over tonight as well at home in Charlotte here, which is going to be cool.

“I’ll just enjoy it for now and I’ll be back on the simulator tomorrow morning and getting back into work.”

While there was nothing like the famous effort to jam 40 McNuggets into the Supercars Championship trophy after taking his first title in that category in 2018, McLaughlin has had some chance to celebrate.

He had drinks with fellow New Zealander Scott Dixon and the Chip Ganassi Racing driver’s wife Emma, and will have the customary Team Penske get-together on Thursday.

“At the end of the day, he’s a competitor, so I guess he wasn’t going to be too nice to me, but certainly like really genuinely nice, and just said, ‘Well done’.

“He was one of the first people to come and see me when I got my pole as well, and I think he’s just proud, I guess, to have another person out there flying the New Zealand flag and doing our bit.” 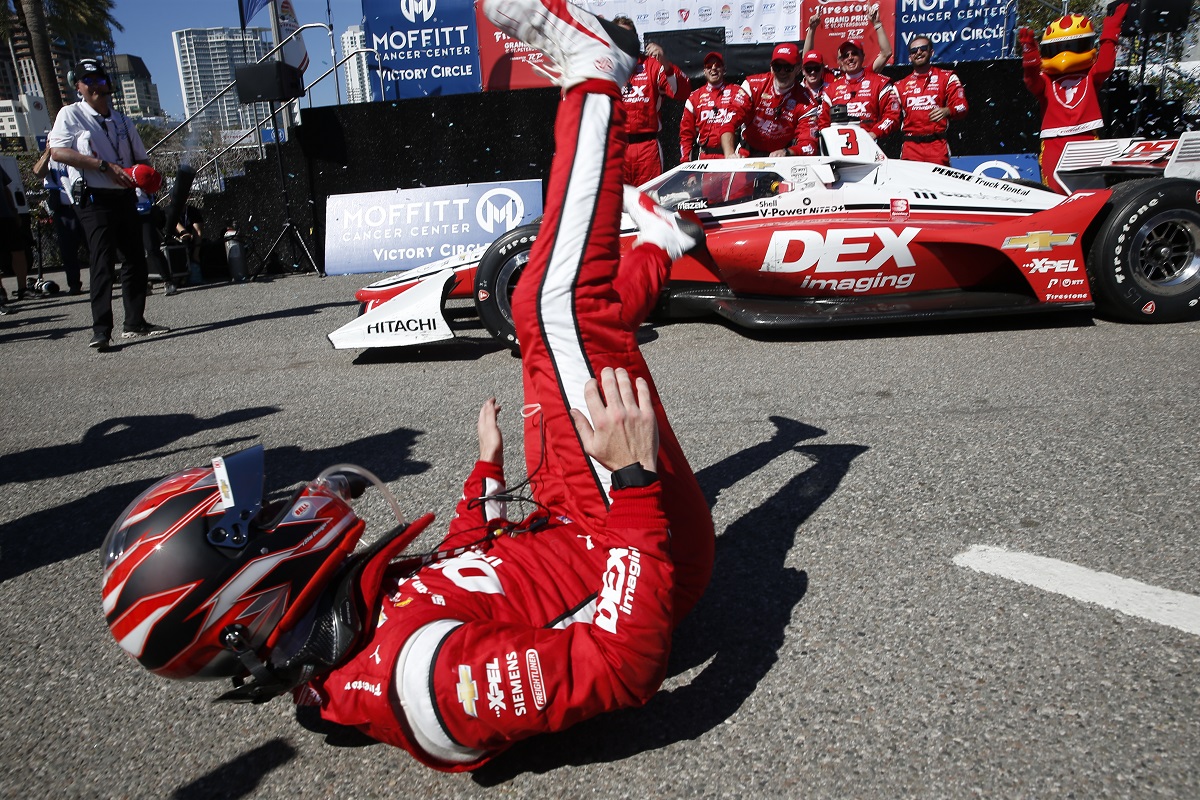 The fall which has become an internet meme

McLaughlin also reflected on becoming a meme after falling over when he dismounted from Car #3 in Victory Lane.

“Yeah, I definitely am a meme; the internet’s a crazy place,” he remarked.

“It’s funny that everyone got a laugh out of it.

“I just do stupid stuff when I’m very excited, so it is what it is, but I’m glad everyone had a laugh like I did.

“It was just an amazing, amazing time; I didn’t really know what I was doing.”

The IndyCar field will have an Open Test at Texas Motor Speedway this coming Monday (local time), before the second race event of the season at the Fort Worth circuit on March 19-20 (local time).