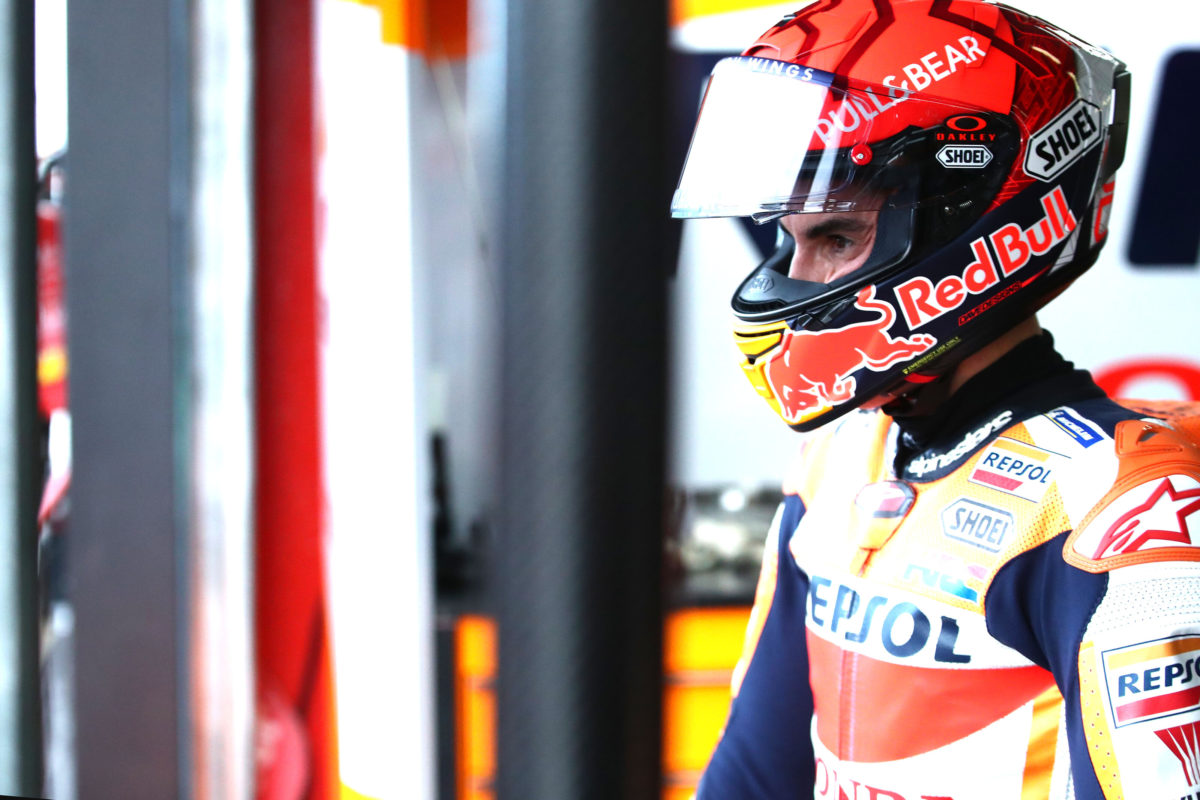 Marc Marquez says that his hasty comeback attempt just days after breaking his right arm in the 2020 Spanish Grand Prix is his biggest regret in MotoGP.

Marquez suffered a shocking highside in the first race of that season at Jerez in July and underwent surgery two days later, when he had a titanium plate inserted in his arm.

However, he got back onto his Repsol Honda just four days later again in a bid to compete in the Andalucian Grand Prix at the same circuit, a quest which he called off at the start of qualifying, and that would be his last ride of a MotoGP bike until Round 3 of the 2021 season.

In the intervening period, Marquez needed another two operations, one after he allegedly broke the original plate in trying to open a door/window at home but probably necessary ultimately due to the rapid comeback attempt, and another due to infection and pseudarthrosis.

In a video released by his team to mark the start of his 10th campaign in MotoGP, this weekend, Marquez admitted the decision to try and compete again so soon is his biggest regret of those first nine seasons.

“Maybe the biggest regret is 2020; when I broke my arm, race again,” he admitted.

“In four days, I try in Jerez, but OK, if I not try in Jerez, the plan was try in Brno, so also Brno was too early, that was the third race, and will happen the same thing, but was in one week-and-a-half. 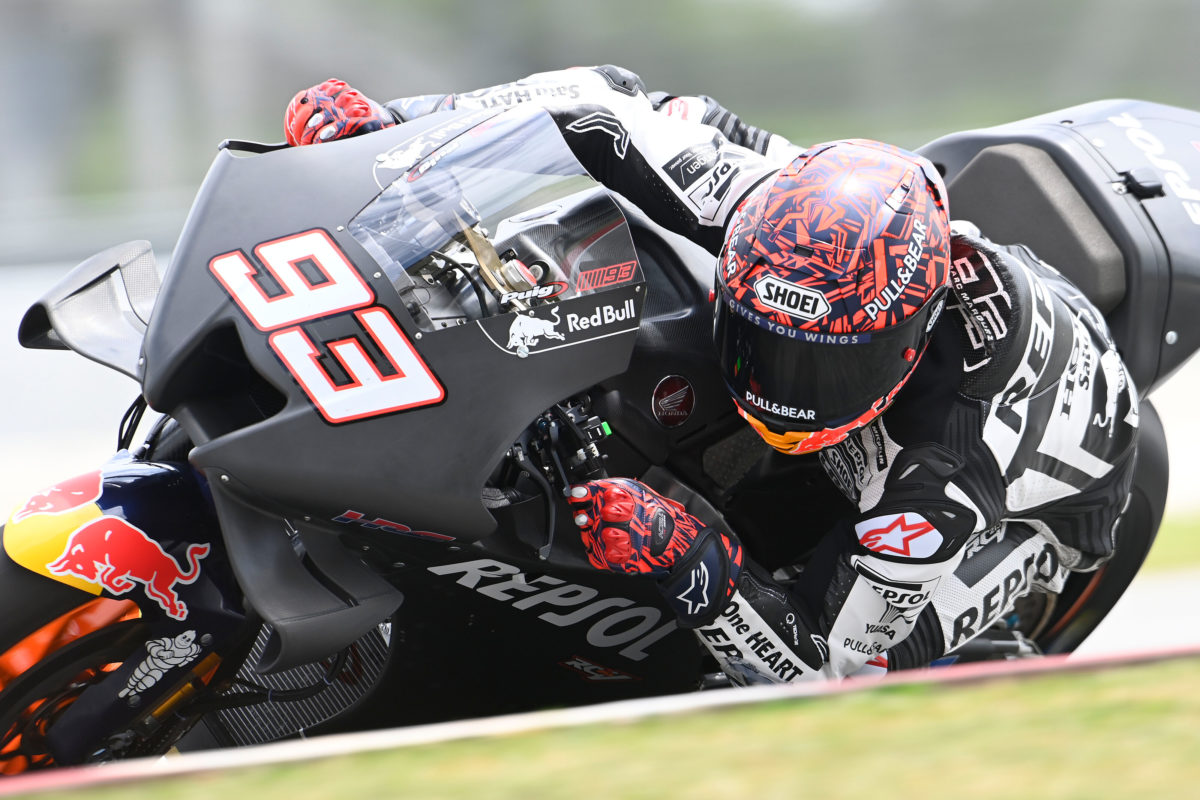 Marquez in 2022 pre-season testing at Sepang

The reference to 2021 is acknowledgement that he had to miss the first two rounds of that season also, and was far from full fitness for much of the year.

Now, Marquez is once again on the comeback trail, after a motocross training crash in late-October left him with double vision and forced him out of the final two rounds of 2021.

This time around, there was no attempt to force himself to compete again immediately, with the Spaniard staying away from a bike until doctors observed a “clear improvement” in his eyesight in January.

For someone who once had his bikes pulled apart to remove temptation after shoulder surgery, it shows that harsh lessons have been learnt.

“In 2020, I learnt that you have only one body, and if you take care of your body, you will have more races,” explained Marquez.

“I used that experience last winter. When I had the double vision, I know that four years ago I will say, ‘I need operation because I want to be in the Malaysia test.’

“’And in three months, if it is not fixed, we will need to have surgery and it will be two months more,’ and I say, ‘OK’.

“I know that if I follow all that advice, all that steps, I will start my season in summer break maybe, but it was the way; I need to take care of my body if I want to race more years in front.

“This does not mean I will not take a risk on the track; on the track, I will take a risk because this is my style, but if I get injured, I want to be patient, and this is what I learnt from 2020.”

Having avoided surgery this time around, despite needing an operation when the damaged the same eye nerve in a Moto2 crash in 2011, Marquez is now preparing for Round 1 of the 2022 season this weekend at Qatar’s Losail circuit.