From mentor/mentee to archrivals for De Pasquale, Feeney

From mentor/mentee to archrivals for De Pasquale, Feeney 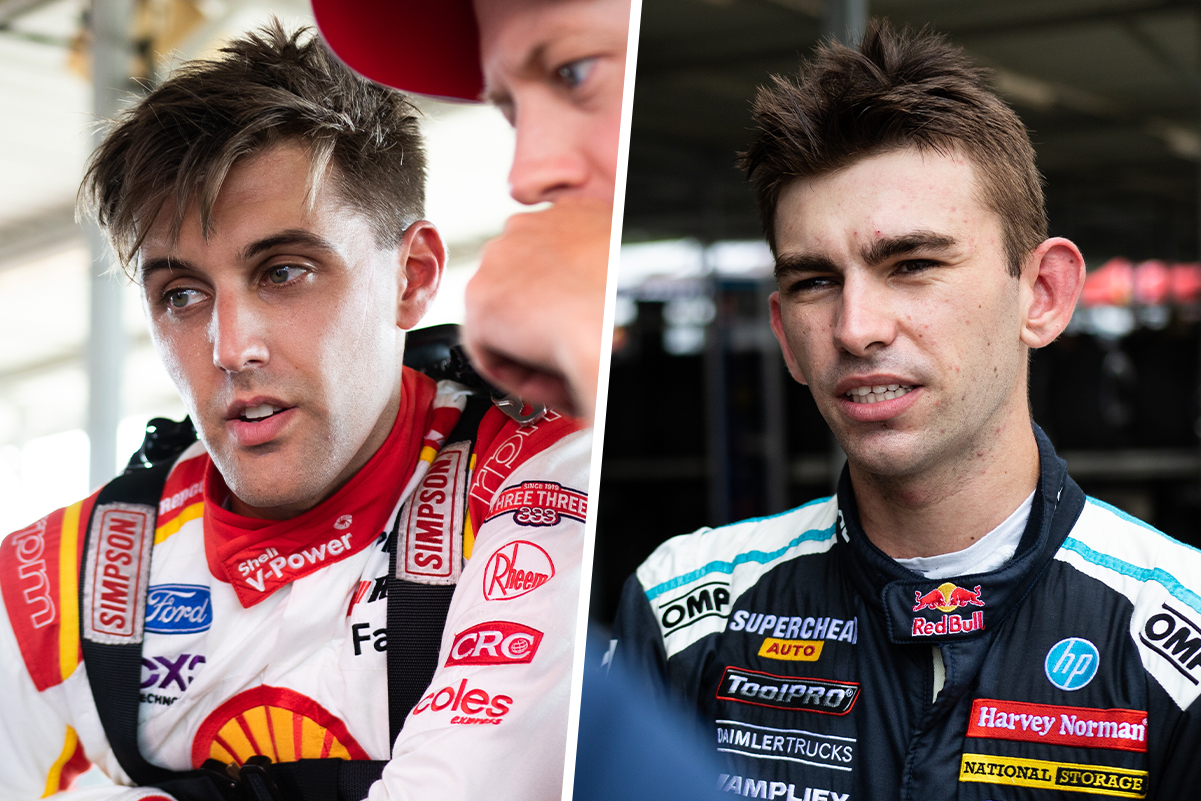 One even mentored the other.

But now, Anton De Pasquale and Broc Feeney are flying the flag for bitter rivals, Shell V-Power Racing Team and Red Bull Ampol Racing – who are the respective Ford and General Motors homologation teams in Supercars.

Between the squads, they have accounted for every drivers’ and teams’ championship since 2016 – taking three apiece in each column during that period.

Feeney is about to embark on his rookie campaign, having combined with Triple Eight Race Engineering to conquer the 2021 Dunlop Super2 Series.

They’ve vowed to remain friendly off-track, but no quarter will be given on it.

“All us guys out of the Norwell sort of fleet get on well. We do a lot of driving together and obviously I spent a fair bit of time in Super3 and helping him get up to speed in that,” De Pasquale told Speedcafe.com.

“But you treat everyone the same on-track. You want to beat everyone so there’s no special favours and he’s included in that.

“But it’s cool to see, just on that topic, there’s a handful of us now that have come through with the help of Paul and Norwell; myself, Brodie [Kostecki at Erebus Motorsport], Broc into good main game seats now, so it’s a really good thing for that programme.

“I want to beat them just as much as everyone else and I’m sure they’ll say the exact same thing.”

Feeney indeed did echo those sentiments.

“We’ve been hanging around each other a lot over the past few years and then with Super3 he helped me out quite a lot. He would come to all of my test days and sort of baseline the car and give his help wherever he could,” said the 19-year-old.

“At that time I was trying to work my way up to end up in the main game and now I’m here driving for Red Bull Ampol and he’s with Shell, so we’re in the two top teams which is pretty cool when you look back on a few years ago where we were at.

“We’re good mates off the track and same with Brodie, we’ve been hanging around each other a lot the last couple of years.

“Overall I think it’s just awesome that all three of us are in here. All of us have been mentored by Paul [Morris] over the years so I think it’s just a massive credit to those guys in how they’ve been able to prepare us as best as we can to get to this stage.”

Elaborating on the prospect of getting the elbows out when up against the #11 Shell Mustang, Feeney added: “You can be good mates off the track but I suppose as you saw with Jamie [Whincup] and Will [Davison] last year, it doesn’t matter when you’re on the track.

“It’s cool to have a couple of guys that have been there for a few years that I know quite well and to be honest, I know most of the guys in pit lane but that doesn’t matter when the green flag drops.”

The 2022 Supercars Championship will officially get underway when Practice 1 starts on Friday at 15:15 (local time) at Sydney Motorsport Park.