The 2022 Repco Supercars Championship season was launched in style last night, though there was one piece of the puzzle missing.

To celebrate the commencement of the new season, every team brought at least one of its cars to the launch night; except for Grove Racing.

What team owner Stephen Grove described as a “freak accident” involved the team’s transporter, meaning the Braeside-based squad could not unload one of its cars for the launch night in Sydney.

“Nothing major, but the chain that runs the hydraulic dropdeck couldn’t be fixed in time for the launch.

“It runs a really tight chain which runs around, so as it’s hit, it’s broken the chain.

“It’s nothing major, but they couldn’t fix the chain and the links and put the stress on it and the tensioning on it in time to unload it for the launch.

“It’ll be fine, the cars are fine, but we just couldn’t be at the launch.”

Grove confirmed the transporter will be fixed in time to unload at Sydney Motorsport Park for pack-in day.

This weekend Grove Racing will field three cars, two in the Repco Supercars Championship and another in the Dunlop Super2 Series.

David Reynolds and Lee Holdsworth will lead the team’s charge in its Penrite Racing Ford Mustangs.

Meanwhile, Matthew Payne will begin his first full season in the feeder series behind the wheel of a Nissan Altima.

Action at the Beaurepaires Sydney SuperNight takes place this weekend over March 4-6 at Sydney Motorsport Park. 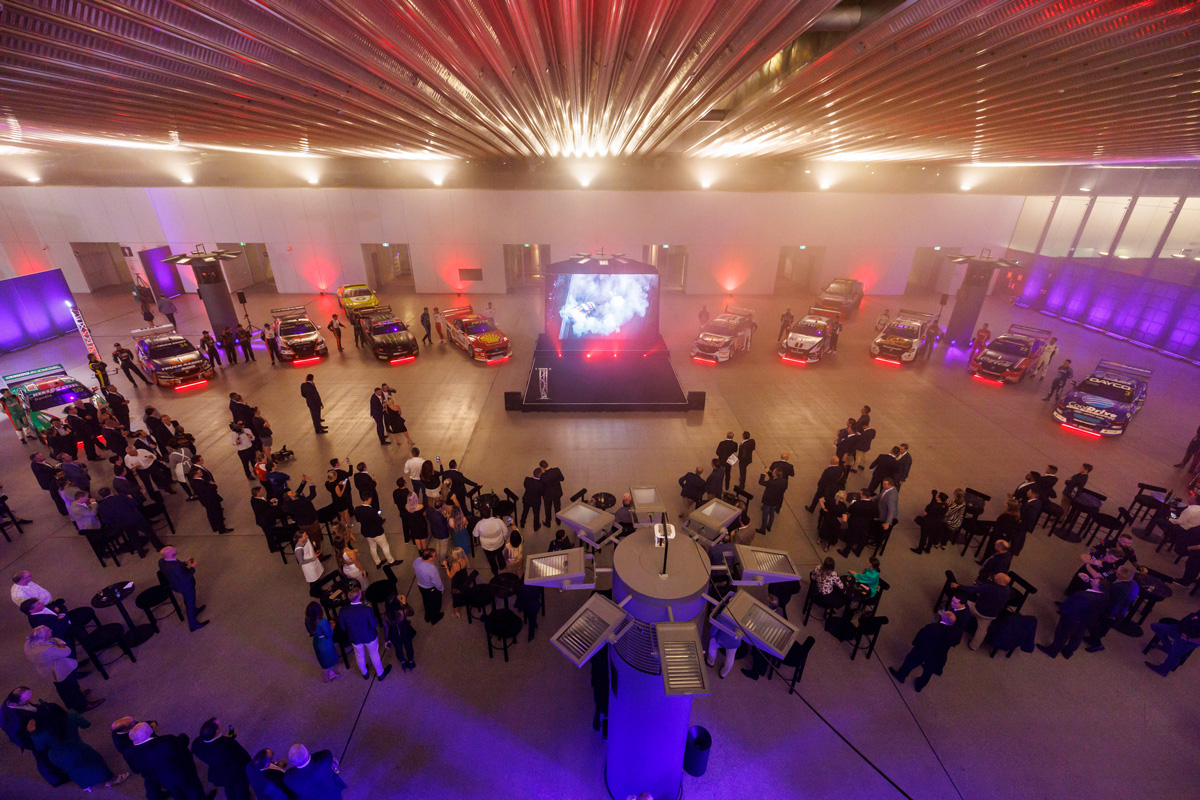 A Supercar on display from each team… except Grove Racing. Picture: Mark Horsburgh