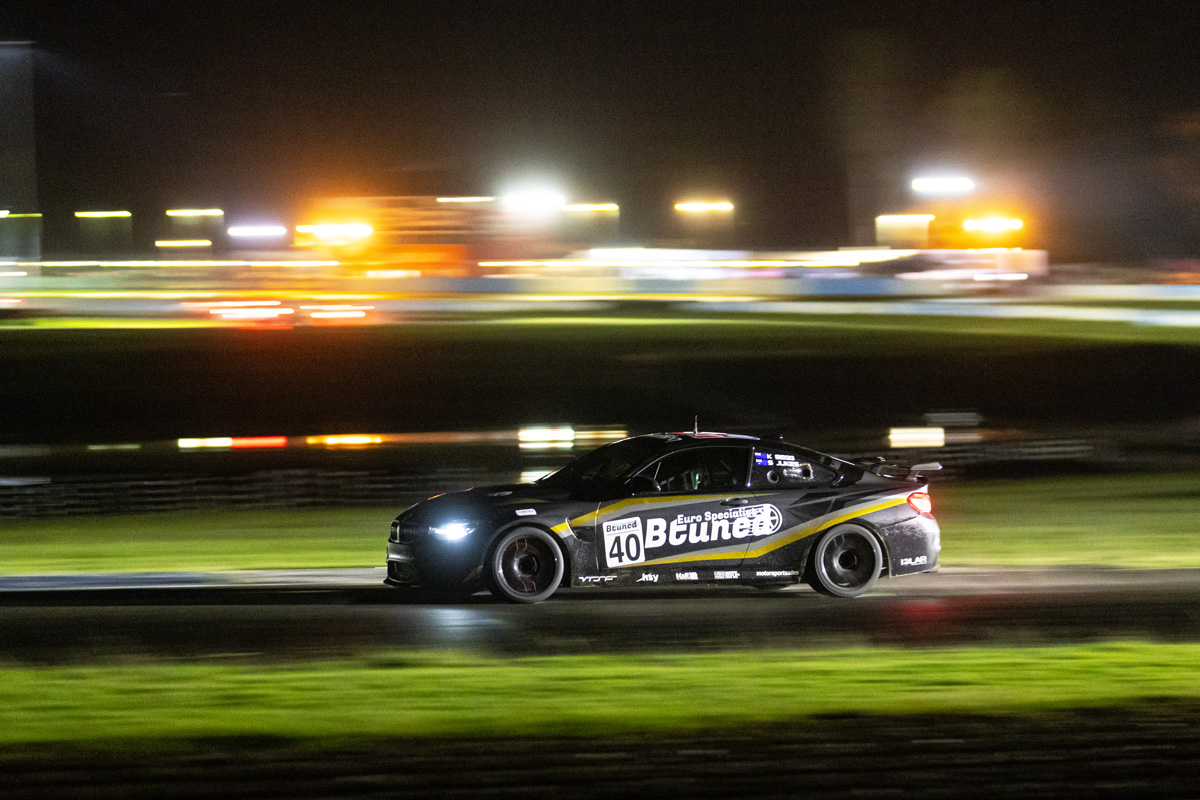 The BMW M4 which David Russell, Nash Morris and Karl Begg will share in the 2022 Bathurst 6 Hour. Picture: MTR Images

David Russell will look to add to his impressive Mount Panorama record when he teams up with Nash Morris and Karl Begg for the 2022 Hi-Tec Oils Bathurst 6 Hour.

Russell took a pair of outright third place finishes last year at The Mountain, first in the 6 Hour with Grant Sherrin and then claiming a maiden Bathurst 1000 podium in December with Brodie Kostecki and Erebus Motorsport.

This year, he’ll vie for outright victory in the 6 Hour’s Class X, aboard a BMW M4.

“I’ve been trying to do it with DRuss for a couple of years now but obviously COVID sort of killed the last couple of chances for us,” Begg told Speedcafe.com.

“Everyone seems to be going down the three-driver route from a strategy point of view, so I had Dave lined up and I said to Nash if he can join us as well.

“They can obviously bring all of the Norwell crew and bits and pieces from a strategy point of view to help out.”

Begg and Russell have history, including having competed together at Queensland Raceway.

“He is very experienced and as a businessman/driver, he’s obviously very good and very competitive,” Russell said of Begg.

“And excited to join Nash. I have known Paul [Morris] for many years and Nash as he has been growing up, he now has got a very full schedule, so he is going to be doing a lot of driving and that’s really good.

“So for us it will be good to work with him and I think he will definitely do a good job in the car and it will be good experience for him too to get into some longer races where it’s not necessarily about what lap time you do.

“There’s a lot of where you’re just putting together a good stint in the car and that’s not so much around that sprint format, it’s around that endurance, and that will be good for him to learn as well.”

A number of high-profile names have been confirmed to be part of the capacity 70-car field come the Easter weekend on April 15-17, including Marcos Ambrose, Shane van Gisbergen, and Will Davison.

“With a big field like that, anything can happen,” said Russell.

“You definitely have got to carefully slice and dice your way through the field.

“You go through some stages in the race where you don’t get a clear lap for half of your stint basically it feels like.”

Morris will get plenty more seat time before the 6 Hour; set to make his Dunlop Super2 Series debut this weekend at Sydney Motorsport Park before lining up for Round 2 of the Turtle Wax Trans Am Series at Phillip Island on March 18-20.