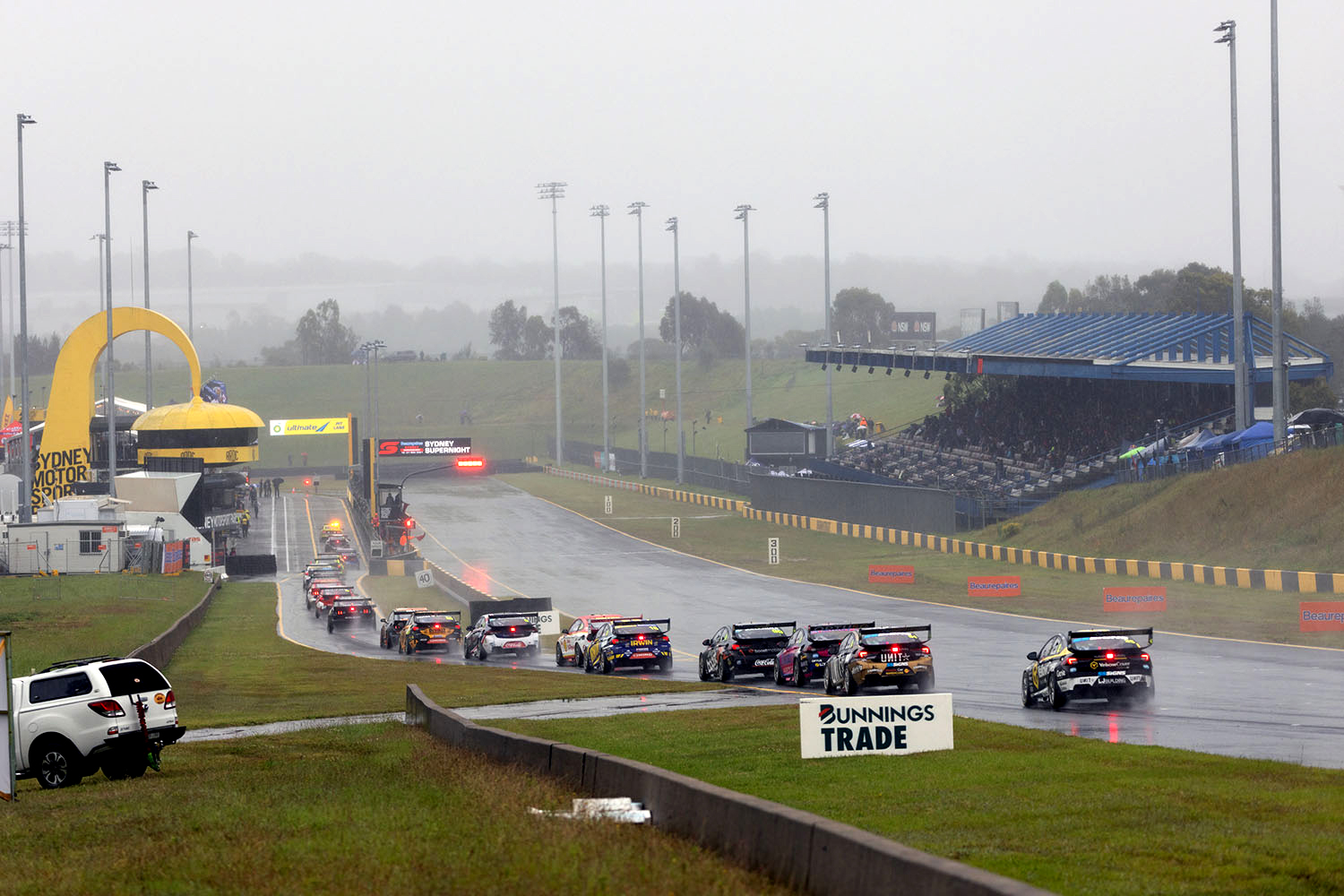 The penultimate race of the 2021 season was cancelled due to wet weather. Picture: Ross Gibb

The east coast of Australia has been battered by wet weather lately, southeast Queensland and northern New South Wales copping the brunt of the wild conditions.

New South Wales capital Sydney is in the midst of a wet patch, which is forecast to continue as teams pack in to Sydney Motorsport Park.

The Bureau of Meteorology has indicated the worst of the conditions will have passed in time for this weekend’s Supercars season-opener, although rain could hang around.

Nevertheless, measures including track sweeping and regular inspections are being undertaken to avoid a repeat of last year’s penultimate race.

Race 30, the final outing of the four-part Sydney swing, was canned due to persistent rain and flooding on track.

“We’re basically going over every inch of the track to make sure it’s prepped, as with any kind of storm or prolonged period of rain,” Stevens told Speedcafe.com.

“We are doing preventative maintenance. Basically, from Monday, when we’ve had breaks in the weather we’ve had everyone going around and triple-checking everything.

“We’ve piled so much money into the place to improve drainage around Turn 5, that’s always been a big one. We’ve worked on that the last couple of years and that’s holding up quite well.

“I’d love to say that we can predict the weather, of course we can’t. Are there concerns that it [a race being cancelled] could happen if we keep getting this amount of downpour? Of course.

“I’m sure every track and safety official is going to keep an eye on everything and make sure if we do get into a situation like we did last time we’ll have to do what we did last time. It’s their call, obviously, not ours. Downgrading races is a possibility when we’ve had this much rain.”

The high-speed Turn 1 and the low-lying Turn 5 have been of particular concern.

Turn 1 was the scene of several off-track excursions during a sodden Supercars qualifying session late last year and also saw a scary crash in the Super2 Series.

Stevens noted drivers could find themselves in trouble if they get off-line and into the boggy grass.

“We have looked back into Turn 1 and are making sure that is up to scratch and Turn 5 is holding up pretty good,” said Stevens.

“I think the drivers are just going to be very aware that if we keep getting rain like this, certain turns are going to suck them in.”

Asked if there had been any track break-up, Stevens replied, “Not that we would be concerned about. If there’s anything broken, it’s fixed.

“We’re always watching, we’re always being careful. There’s nothing broken on the track, off-line, on-line, anywhere at the moment.”

Stapylton-based squad Dick Johnson Racing was affected by the recent floods, with access to their facility inhibited.

Fortunately, the team’s transporters left ahead of schedule as a precaution.