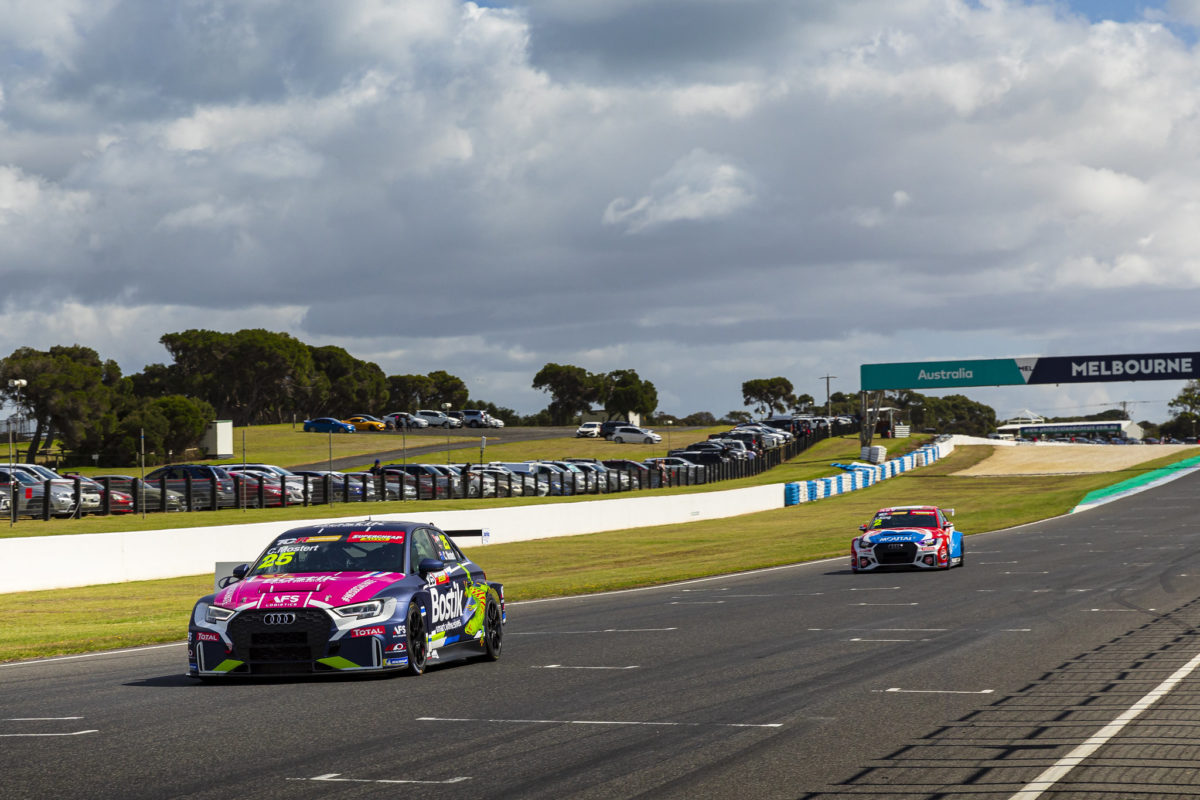 The schedule has been released for the Phillip Island round of the Shannons Motorsport Australia Championships, which is headlined by the Supercheap Auto TCR Australia Series.

The hot hatch category is one of seven on the bill on March 18-20 at Phillip Island, the others being Fanatec GT World Challenge Australia Powered by AWS (Motorsport Australia GT Championship), the S5000 Australian Drivers’ Championship, the Turtle Wax Trans Am Series, the Australian Formula Ford Series, Radical Cup Australia, and the Precision National Sports Sedans.

As usual, the Supercheap Auto TCR Australia Series will have two practice sessions on the Friday, before qualifying (in two parts) and Race 1 on the Saturday, and two more races on the Sunday.

GT World Challenge Australia will be run to usual sprint format, with qualifying on Friday afternoon and an hour-long race on each of the Saturday and Sunday.

There will be a street party on the Island from 17:00 on Thursday night, featuring cars, drivers, race teams, and the Hot Wheels Stunt Team.

Entry is free to spectators on Friday, although anyone wishing to attend must register in advance.

All of the key action will be streamed live and ad-free on Stan Sport on Saturday and Sunday, including all TCR sessions from Qualifying 1 onwards and all races for GT World Challenge, S5000, and Trans Am.

Motorsport Australia director of motorsport and commercial operations Michael Smith said, “The Shannons Motorsport Australia Championships are always a great day or weekend out with back-to-back racing across the weekend and plenty of exciting categories on show yet again.

“This year though, we’ve wanted to make sure we improve the overall event experience and have made some big changes to what fans can expect at the event with a real family-friendly environment.

“The great thing about the Shannons events is that you don’t need any special paddock pass, a general admission ticket will allow you full access to the paddock to see the teams, their cars and the drivers up close. Add to that the addition of the Hot Wheels Stunt Team and an improved at event experience, we’re excited about what this Phillip Island event will offer.

“We’d also encourage all ticket holders to extend their stay and make the most of all the amazing tourism opportunities that can be experienced on the amazing Phillip Island.

“There’s lots to do across the Island, as well as plenty of accommodation options, so we know lots of fans will enjoy the opportunity to experience everything Phillip Island has to offer, including being part of the Shannons Motorsport Australia Championships event.”

HMO Customer Racing’s Josh Buchan holds a two-point lead at the top of the Supercheap Auto TCR Australia Series after Round 1 earlier this month at Symmons Plains.