McLaughlin: I can’t wait to give Mum a hug

McLaughlin: I can’t wait to give Mum a hug 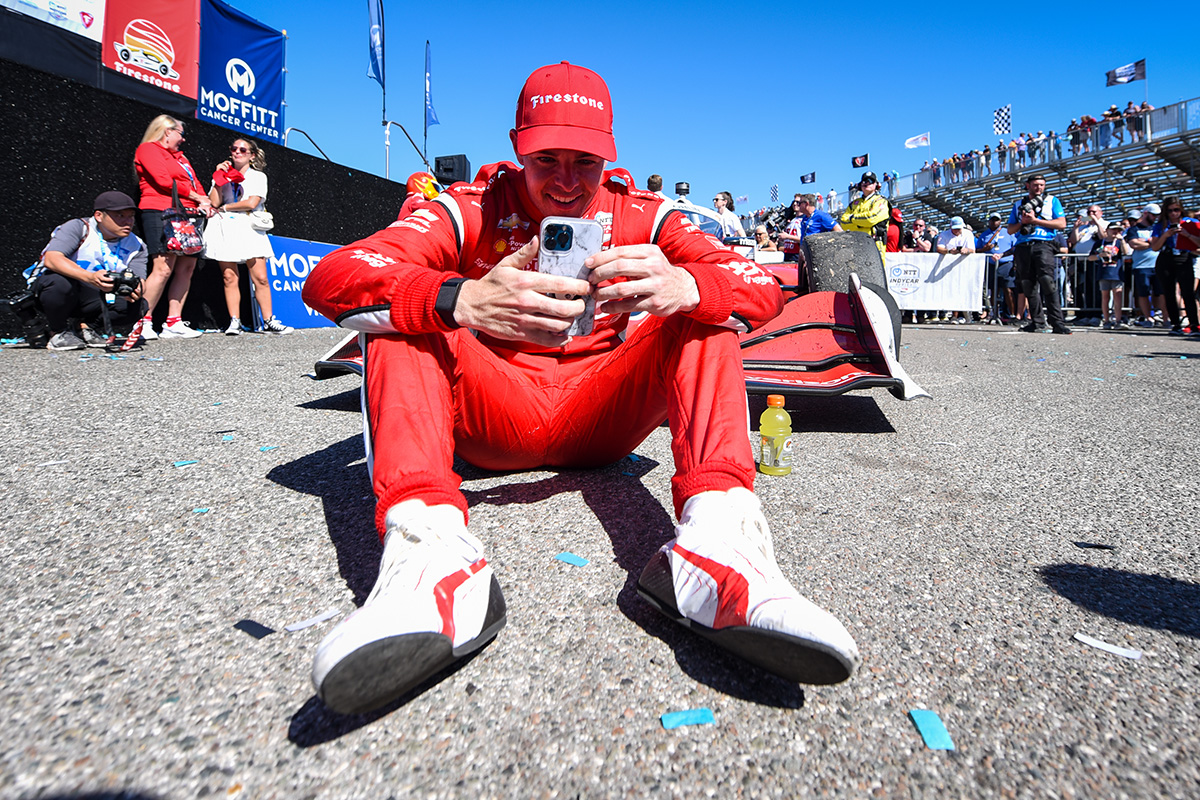 Scott McLaughlin speaks with his parents after his first IndyCar win

IndyCar’s newest race winner Scott McLaughlin hasn’t seen his parents in two years, but there are big plans for them to reunite soon.

During the height of the COVID-19 pandemic, McLaughlin’s parents were unable to travel freely from New Zealand to Australia or the United States.

They missed his last Supercars race at the 2020 season-ending Bathurst 1000 and haven’t been able to head stateside to watch him in the IndyCar Series either.

As border restrictions are relaxed and the ability to travel between New Zealand and the United States is made easier, the family is set to converge at this year’s Indianapolis 500.

“I’ve already booked their flights for them. So they’re on their way for the Indy 500 and they’re going to stay here for at least three months I think, as long as the visas last over here.

“Obviously, it’s been a tough journey for us as a family. I haven’t seen my sister [Samantha] for about a year and a bit and my mum and dad, it’s two years now.

“It’s difficult, and especially when you’re going through the topsy-turviness of a new career in one of the biggest countries in the world and you’re doing that alone without your mum and dad that have always been there by you.

“It’s tough, regardless if you’re 28, whether you’re 40, whether you’re whatever. Not having mum and dad’s presence there all the time, it’s hard. So I’m so excited to have them here.

“I’m excited for my sister to come to experience it all and I think it’s going to be a lot of fun for all of us and it’ll put a little bit of energy into my season, that’s for sure.”

Off the back of his first IndyCar win on the streets of St Petersburg, the Kiwi was quick to get on his phone straight back home to talk to mum and dad.

For the three-time Supercars champion, the anticipation is building to the day they land in the lead-up to the famed 200-lap race in Indianapolis.

“I can’t wait to give my mum a hug, I’ll give you the tip. There’s nothing like a mum hug, right?” said McLaughlin.

“They’re going to every race that they can in that period. I’ve got a bus that I’ll take to each track that I’ll have and have all it set up. So it’s going to be like a little suite there for them.

“They can enjoy the race and a few beers and whatever. They’re going to have the time of their lives.

“I’m so excited to have them there. We’ll just wing it. We’ll have fun. And I’m sure it’ll be a few beers along the way as well.”