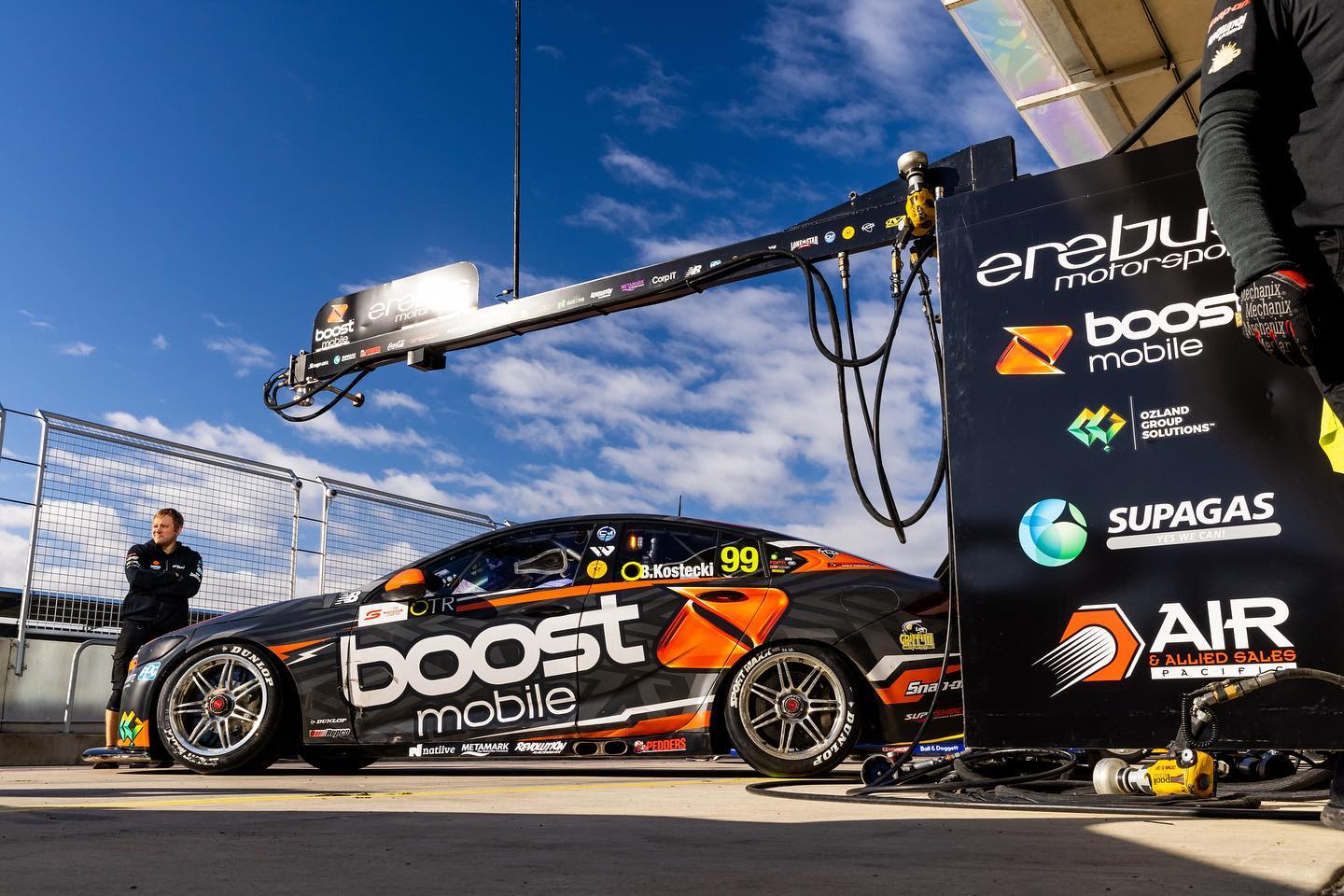 As a new Supercars season dawns, Erebus Motorsport boss Barry Ryan is confident pit stop problems that plagued the team are a thing of the past.

At the first Sydney event, Brown was in contention for victory until a wheel nut came adrift during the stop in Race 20. One week later, the teeth on a wheel nut shattered in Race 23.

Both incidents ultimately ended any chance of winning.

It wasn’t until the penultimate race of the Sydney sojourn that it all came together for the team when Brown won his first Supercars race.

The solution? Making the most of its spare Supercar, dubbed the ‘Mercodore’ – the team’s Mercedes-powered Holden ZB Commodore.

“We actually do proper pit stop practice at work driving the car in and I’m usually the driver,” Ryan told Speedcafe.com.

“We only probably introduced that car at the start of last year. we used it to pretty good effect, but probably not enough in the COVID times because we just couldn’t all be at the shop. It’s definitely the best thing for simulating as close as you can.

“We’ve been just so focused on car speed, because we know that that’s the one thing that matters. Sometimes I think we’ve just ended up too busy. Not enough time to prioritise pit stops and now we’re prioritising pit stops a lot more.”

Erebus Motorsport hasn’t lacked outright pace, and with Ryan’s get over it and get on with it attitude, that could put the team in a good spot for 2022 if the pit stop problems don’t return.

However, the team boss is cognisant that pit stops have at times been a make-or-break flashpoint in-race and could be a deciding factor in their 2022 title challenge.

“I watched the race the other day when Will should have come out in the lead,” Ryan said.

“You can still get a result without it but you just can’t win a race. You’ve got to get everything right.

“That was painful. We probably threw away two race wins. Essentially, we were in a position to win races and we let ourselves down.

“But that stuff happens. There was no point dwelling on it, we just fixed it.”

This weekend, the team returns to Sydney Motorsport Park.

Although it’s the circuit where the team enjoyed the most success last year, Ryan is optimistic it won’t be the only location where it goes well this year.

“Starting at Sydney Motorsport Park isn’t a bad thing for us,” he said

“That wasn’t just a one-hit-wonder. When you look back, we were actually strong at lots of rounds.

“Tailem Bend, Darwin, we were strong there, should have got podiums. I think they were both in the top five and Sunday [at] Townsville, Will got nearly got a podium.

“Then we went to Sydney Motorsport Park after the break and we just focused on a few errors in the car where we probably hadn’t taken the time to tidy them up in the past.

“We just bounced out really strong and it’s just really good preparation, apart from our very public pitstop errors, but that stuff, you can fix. Getting fast cars, that’s the hard thing, the pit stops you can fix them, and we actually fixed them halfway through Sydney Motorsport Park.”