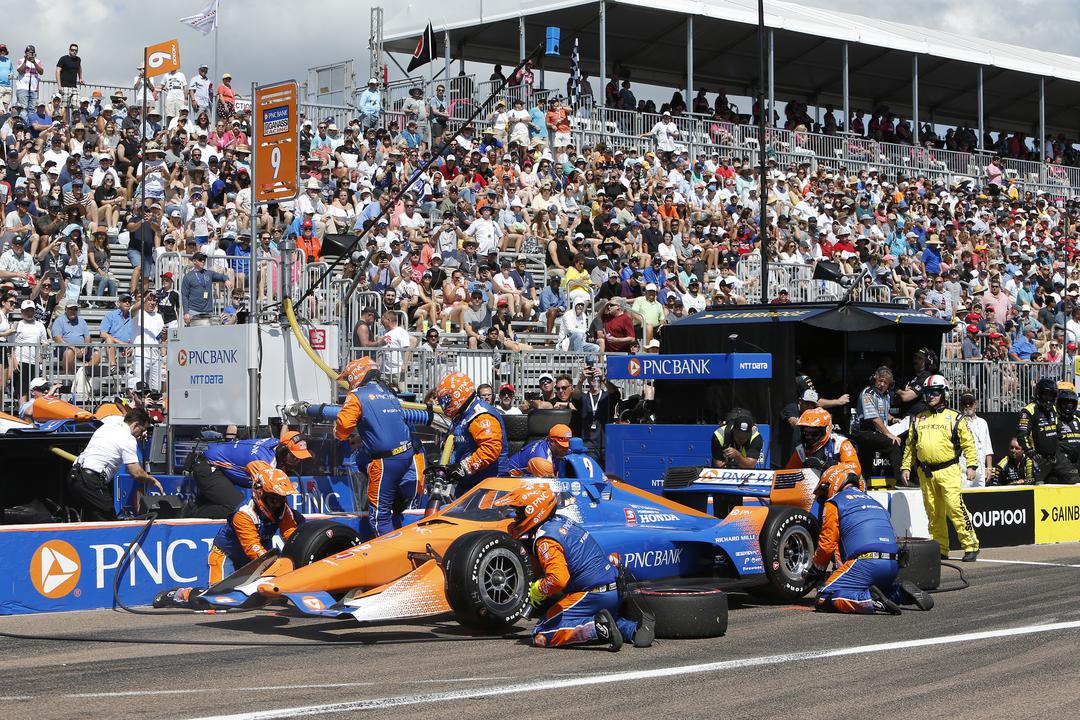 Scott Dixon says a three-stop strategy put him in a “hole” after finishing eighth in IndyCar’s Grand Prix of St Petersburg.

Dixon was best of those who opted to pit three times, a strategy which Chip Ganassi Racing locked him into when he was called into the lane on Lap 11 of 100.

That got the six-time champion out of sixth position, and he would inherit the lead at the end of Lap 37 when Alexander Rossi pitted shortly after the only Caution period of the race.

He was in front again on Lap 66, when the two-stoppers took their final service, but the race played out in such a way that Dixon did not ever really look a threat for victory.

“Not sure why we went with the strategy that we did; it kind of put us in a big hole.

“The car felt really good, especially on the reds early on – we were just looking after it, maintaining pace – and then just every time we needed clear track, we got lapped cars or traffic, or whatever, so just no real flow to it.

“So, definitely a bummer and not where the car should have finished, I think.”

Dixon’s team-mate Alex Palou finished a close second to Team Penske’s Scott McLaughlin, with Marcus Ericsson ninth in the #8 CGR car after copping a penalty for contact in the pits along the way, and Jimmie Johnson taking the chequers a lap down in 23rd.

Event 2 of the season takes place at Texas Motor Speedway on March 19-20 (local time), and will be streamed live and ad-free on Stan Sport.