Perseverance pays off for McLaughlin with IndyCar breakthrough

Perseverance pays off for McLaughlin with IndyCar breakthrough 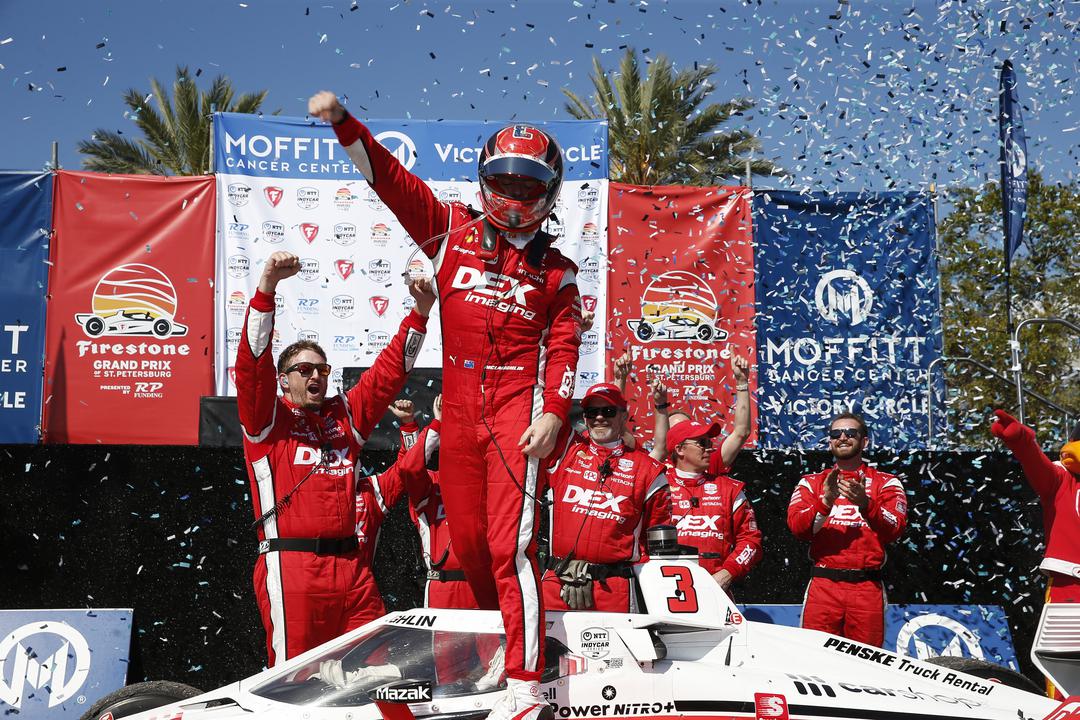 Scott McLaughlin has put his first IndyCar win down to perseverance, after a character-building rookie season.

The three-time Supercars champion triumphed on the streets of St Petersburg when he held off 2021 IndyCar champion Alex Palou in a tense finish.

It represents the best possible start to McLaughlin’s second full season in the North American open-wheeler category, having finished 14th in last year’s series with two top fives along the way.

Despite the pressure of starting from what was also his first pole position in IndyCar, McLaughlin said it was a calm build-up as he reminded himself that he was won car races before.

The Team Penske driver spoke after qualifying of the importance of taking pressure off himself, and said following the win, “It was just a phenomenal weekend.

“Perseverance; you just don’t give up, you don’t doubt yourself.

“I knew I could do it. Last night, I had a great sleep because I just said to myself, you know, I’ve done this before; I just did it with a roof on my head.

“So now, it’s just a matter of just feeling it and seeing what I had today, and look, I had a great start, got into it, got into a rhythm, and away we went, so I’m very proud.”

Despite that self-assurance, McLaughlin admitted that winning the Grand Prix of St Petersburg was an “unexpected” outcome relative to the goal which he and his crew set themselves ahead of the weekend.

Their ambitions were revised once the New Zealander put Car #3 on pole, but what seemed a relatively comfortable run home became a very nervous one when traffic allowed Palou to catch up.

“Just unexpected, I think,” said McLaughlin of what he made of his breakthrough victory.

“You back yourself, but it’s in our pre-event we said top seven; if we can come out of here with a solid top seven…

“Obviously the goals changed last night, but it was just phenomenal, the way the car had rolled out of the truck and I felt like I could really do what I wanted to do with the car from the get-go.

“What that does for confidence as a race driver is something that just feels very special.

“I knew halfway through that race that, you know, a bad yellow or something was really going to affect us – we knew that we were going to fight there the whole way – and I just had to keep calm and control the race myself.

“I felt like we did that until obviously the backmarkers made a pretty exciting which would have been great for everyone at home but not for me.”

McLaughlin, who praised Chevrolet for the fuel mileage and improved drivability of their engines, was not entirely mistake-free throughout the afternoon, having taken a tumble as he jumped off Car #3 in Victory Lane.

“I just ended up on my arse at the podium,” he laughed.

“Fell over, roly-poly, but anyway, wasn’t part of the act, I’ll give you the tip.”

Officially, McLaughlin led 49 laps out of 100, although the balance of that was largely down to the three-stoppers in the field, with Car #3 the effective front-runner all the way through.

His 0.5095s win over Palou means he takes a 13-point series lead to Race 2 of the season at Texas Motor Speedway on March 19-20 (local time), which will be streamed live on Stan Sport.