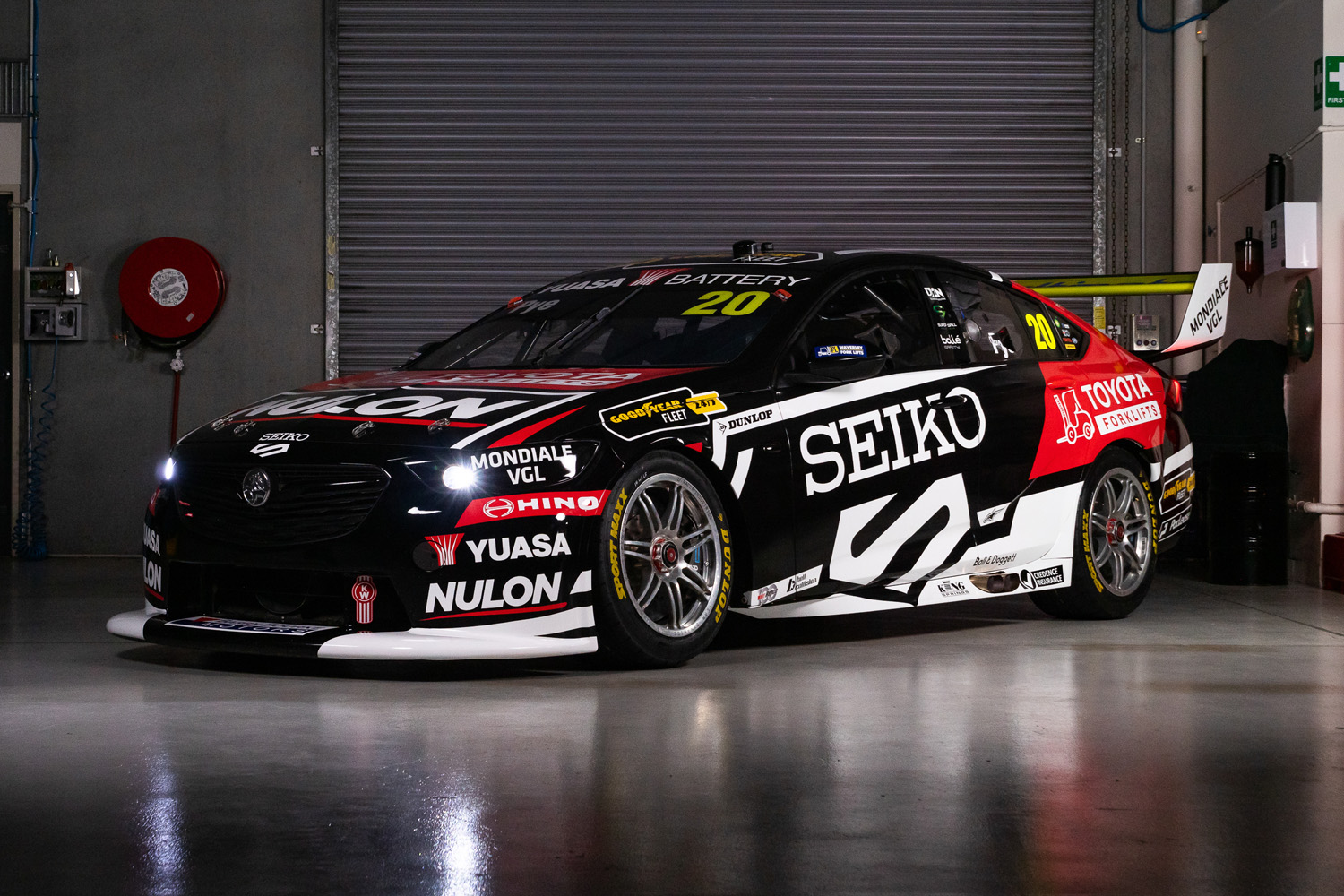 Scott Pye will have a brand-new look entering his third season with Team 18 in the Repco Supercars Championship.

Watchmaker Seiko has taken naming rights on the #20 Holden ZB Commodore in place of DeWalt.

DeWalt departs the team after a two-year spell as Pye’s primary sponsor having come onboard when he joined an expanded two-car set-up in 2020.

Gone is the bold black and yellow of the power tool brand and in its place is a striking red, black, and white scheme.

“Seiko came onboard nine years ago as one of the foundation partners of our team with Pulsar and it has been such a valuable and successful partnership over that time,” said team boss Charlie Schwerkolt.

“All the stars aligned to bring this together with the launch of the new Seiko 5 Sports Supercars limited edition watch, it’s a step forward in performance and presentation reflecting exactly what we are about here at Team 18.

“Scotty is fired up to get back on track and he’s ultra-committed to the task ahead of us to be a consistent challenger this year.

“The team left the test at Winton with a wealth of knowledge to take into the first couple of rounds and we’re ready to take up the fight in Sydney, bring it on.”

This season mark year 10 for Pye in the main game, and is set to continue with the team into the Gen3 era having signed a two-year extension in 2021.

“It’s crazy to think I’m already entering my third year with the team, it’s gone so fast,” said the 32-year-old.

“I’m really enjoying working with everyone and the progress we have made has been crazy.

“Our first season was fantastic, second season was a bit tougher but we’ve had some good upgrades on the car and Charlie is really investing in this team so I’m excited by our future together and I think this year is going to be our best yet.”

“If anyone knows me and I was asked to design a race car it would look like this. Black and white, it can’t get much tougher than that and to throw some fast red on there, I think it looks pretty cool and I’m excited to get behind the wheel and hopefully it is as fast as it looks.”

Pye will get his 2022 Repco Supercars Championship campaign underway at Sydney Motorsport Park across March 4-6.