Clean-up underway at Lakeside after flooding

Clean-up underway at Lakeside after flooding 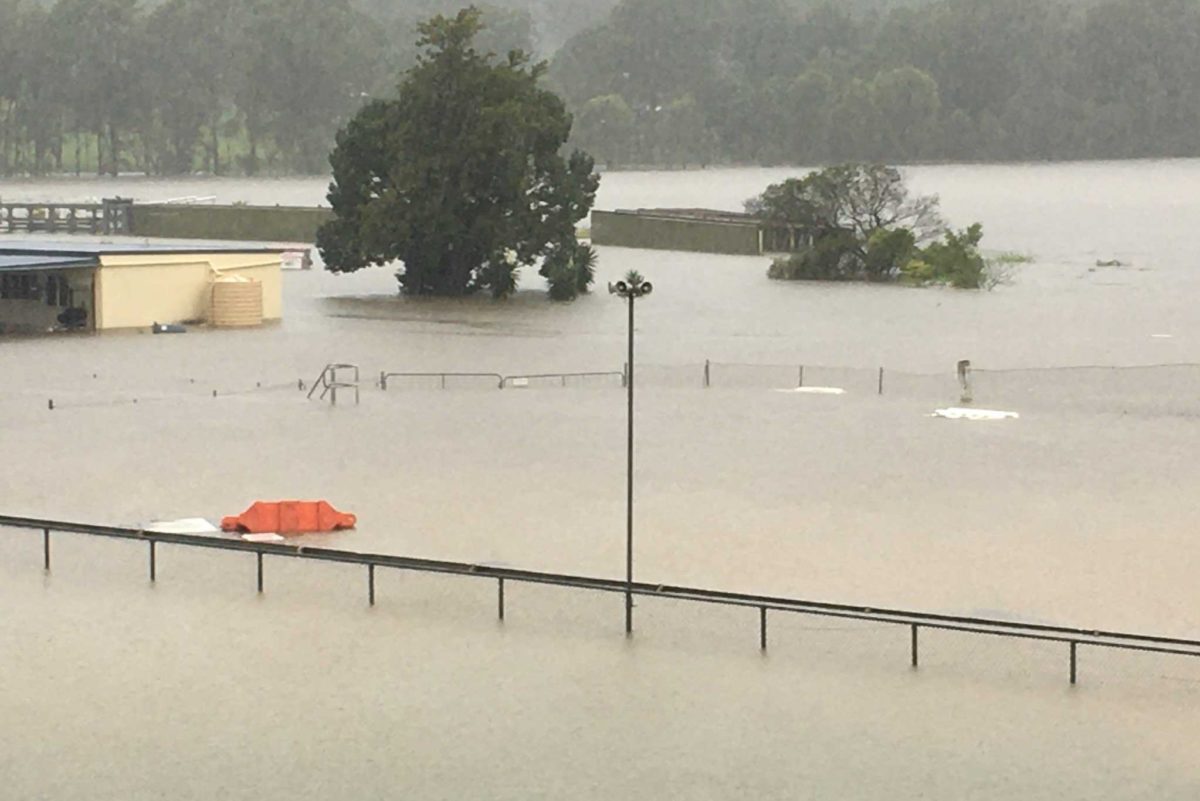 Lakeside Park, on the weekend

Clean-up work is underway at Lakeside Park after weekend flooding resulting from the storms which have hit South East Queensland.

Waters have since subsided from what is now a very a muddy race track, but the tunnel remains a problem.

“We have two big issues to get over; one is we’ve got to get the water out of the tunnel, and we can’t find our big pump.

“There’d be half a megalitre, I reckon, in that tunnel.” 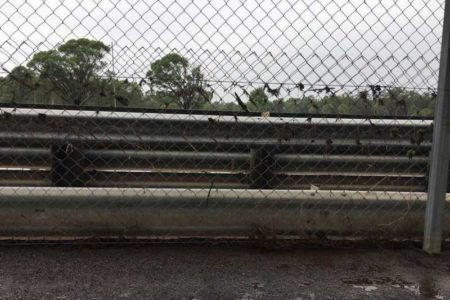 The water got almost 1.5m high in pit lane, as shown on this fence

Outlining the damage, Tetley explained, “The force of the flood was such that quite a bit of the furniture – injury-mitigation structures – has washed away; some of it’s gone floating off down the lake so we’re finding that now.

“The other thing is drying out the caretaker’s cottage, getting that back into order.

“We had water flowing through the bottom of the Lakeside building, so that was reasonably dramatic.

“The track itself is now dry and brown, as you’d expect from all the mud, and the tunnel is full.

“The driver training centre will be open next weekend, but I don’t know about our canteen; the pit café suffered a lot of damage.

“However, it is what it is; we had Lakeside inside.”

It is likely that the All Aussie Day scheduled for March 13 will go ahead.

“I think we’ll be on-track okay for the All Aussie Day,” said Tetley.

“Not quite sure when we’ll have our next bike day; I would like to think we can do it this coming weekend, but I don’t think so.

“Probably going to be two weeks after that, because next weekend we’re booked out, so I think our moto ride day will be probably on the 20th.

“We’re working through all of that stuff at the moment, emailing people to let them know what’s going on, and fundamentally trying to be organised.

“Personally, I’m glad to have my gumboots off.

“The sun is now shining; all I need is a reasonable amount of wind and that hopefully that will dry out a lot of stuff for us, and then we can get in to fix it.

“But, even the golf buggie got bogged before, that’s how bad it was.”

As the rain system heads south, into Northern New South Wales, Queensland’s death toll has risen to eight, although all who were at Lakeside are safe.