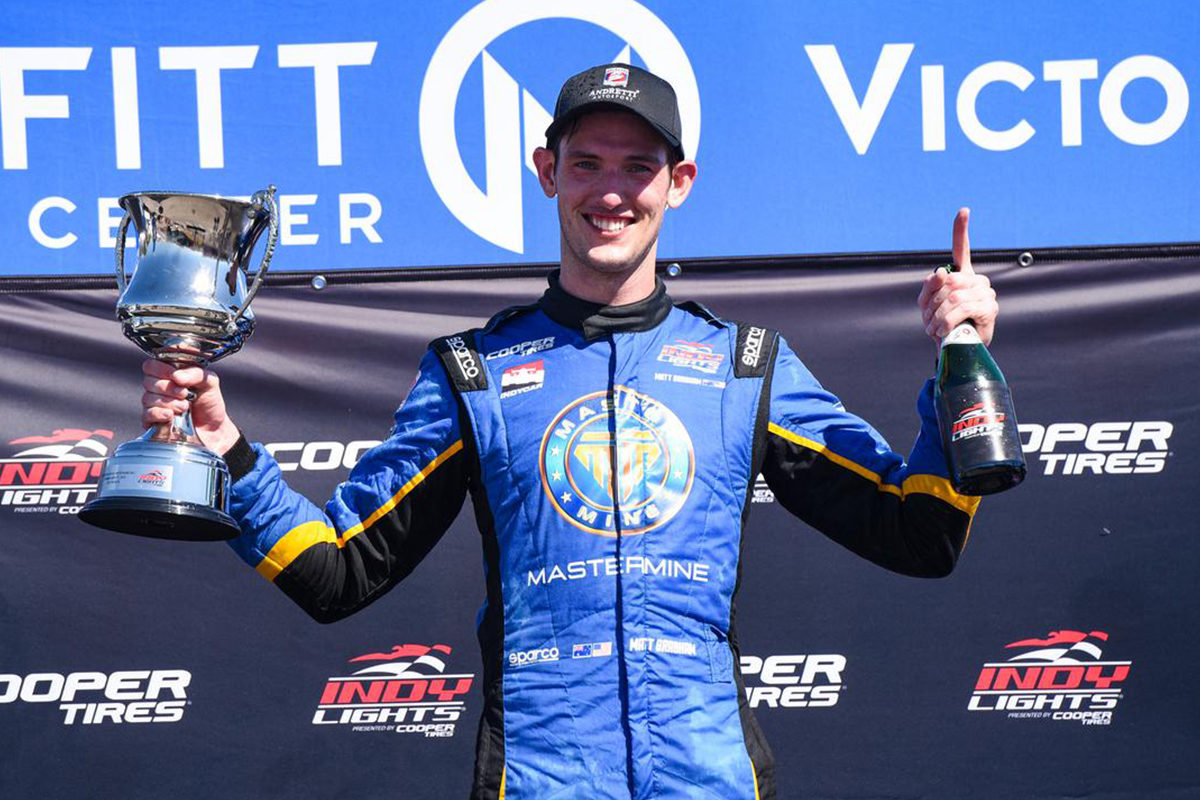 Matthew Brabham has won Race 1 of his comeback Indy Lights season at St Petersburg while debutant Hunter McElrea crashed out of an early lead.

McElrea’s mishap gave the lead to Andretti Autosport team-mate Christian Rasmussen but the Dane ran out of fuel on the second-last lap, when yet another Andretti driver was there to pick up the pieces.

For Brabham, the victory is his first in Indy Lights in 2851 days, a span which dates back to Indianapolis Motor Speedway in 2014.

McElrea had qualified on pole by a margin of almost three tenths of a second and thus led the field to the green flag at St Petersburg.

Rasmussen only started from fifth but drove through a big gap and into second position when Sting Ray Robb (Andretti) ran wide and took Linus Lundqvist (HMD Motorsports w/ Dale Coyne Racing), the other front row starter, with him at the first corner.

Brabham similarly assumed third from sixth on the grid, and that was how they ran until disaster struck on Lap 12 when McElrea threw away a three-second lead when he hit the wall exiting the final corner.

There was soon another Caution period after Jacob Abel (Abel Motorsports) was tagged by Kyffin Simpson (TJ Speed Motorsports), and Brabham very nearly skated up the road at Turn 1 when the race went back to green flag conditions on Lap 19.

He survived that moment but was three seconds behind Rasmussen and looking a likely runner-up in the closing stages, until Car #28 ran out of fuel on Lap 44 of 45.

Officially, Rasmussen was classified 12th and McElrea 14th in the 14-car field.

Brabham is thus the series leader ahead of Race 2 at Barber Motorsports Park on the weekend of Sunday, May 1 (local time).