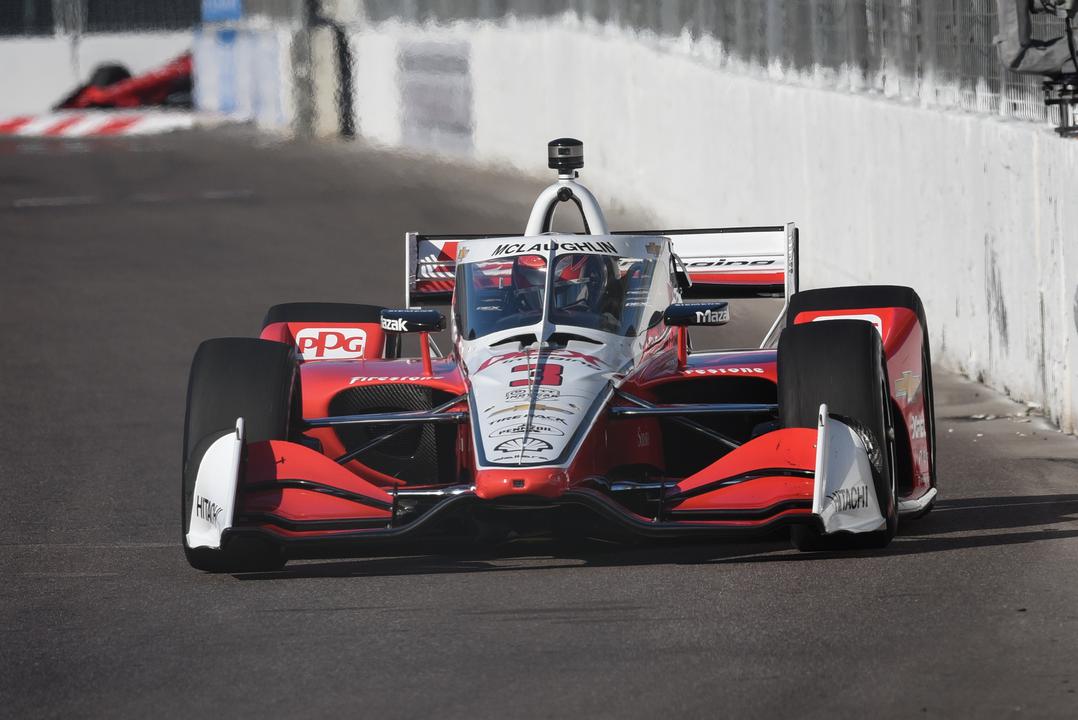 Scott McLaughlin has claimed a maiden IndyCar pole position after beating Team Penske team-mate Will Power in the Fast Six at St Petersburg.

The #3 and #12 Penske cars will share the front row for Sunday afternoon’s (Monday morning AEDT) season-opening 100-lapper after McLaughlin blazed to a 0:59.4821s with the chequered flag out in qualifying.

Grosjean had set the best Fast Six banker, by more than four tenths of a second, when he clocked a 0:59.9180s on his first run, while Pagenaud waited in the pits.

Power knocked them both off when he clocked a 0:59.6847s, and while Herta threatened to go faster again, he could make no further improvement.

Power set a 0:59.6058s with his final effort but McLaughlin, a late starter for his final run, then pieced together a lap good enough to beat all of them.

It proved his earlier pace was no fluke, after the three-time Supercars champion had also set the pace in a crash-filled Practice 2.

None of the four Chip Ganassi Racing entries made the Fast Six, with Scott Dixon first of those to miss out, by 0.1347s.

The six-time champion, who admitted to hitting the wall at Turn 9 during his black tyre run, is set to share Row 4 of the grid with team-mate Marcus Ericsson, while Team Penske’s Josef Newgarden qualified ninth.

Alex Palou was 10th in another CGR car, which had been put back together after his earlier practice crash, and Graham Rahal (Rahal Letterman Lanigan Racing) took 11th.

Rookie Kyle Kirkwood (AJ Foyt Racing) was last of those who made it through to the second phase of qualifying.

Back in Round 1, Alexander Rossi (Andretti) and Helio Castroneves (MSR) were among those who failed to get out of Group 1 of qualifying, while Pato O’Ward was only eighth in Group 2 after glancing the Turn 9 wall and bending a toe link in the #5 McLaren SP entry.

The field will be on-track again for a 30-minute Warm Up session, before the 100-lap Race starts on Monday at 04:25 AEDT, with live streaming on Stan Sport.