Grosjean agrees to disagree with Sato over practice crash

Grosjean agrees to disagree with Sato over practice crash 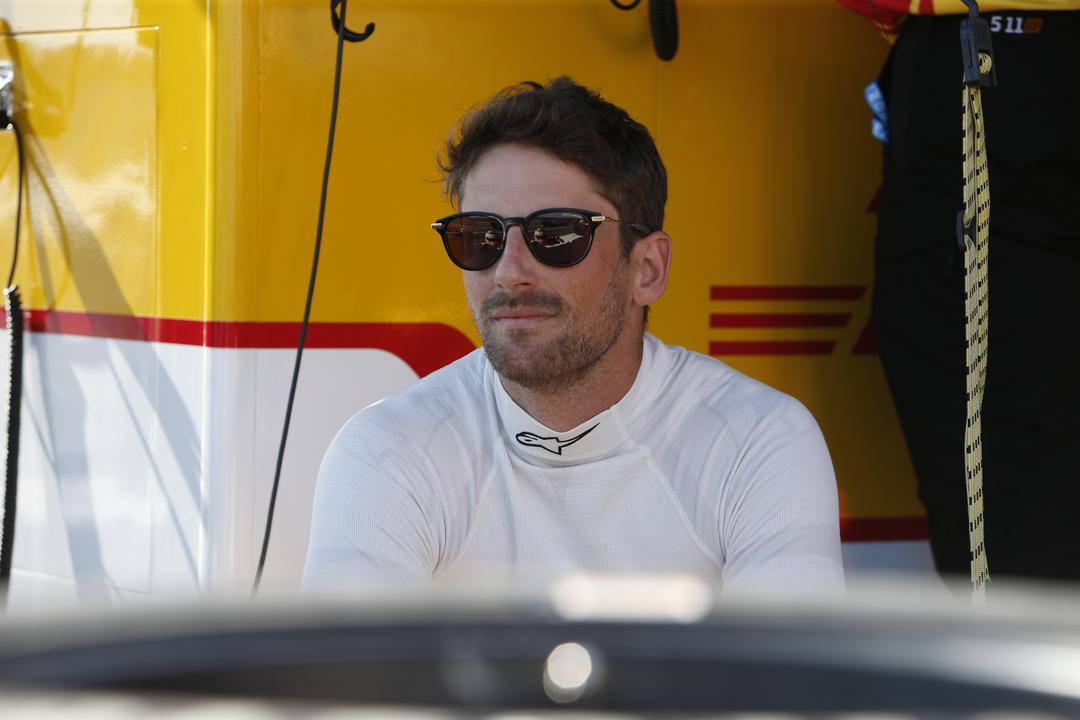 Romain Grosjean says he and Takuma Sato “agreed to disagree” about the nature of their crash in Practice 2 at IndyCar’s Grand Prix of St Petersburg.

Grosjean shunted the #51 Dale Coyne Racing w/ RWR entry when he came up on a slow-moving bunch of cars at Turn 10, shortly after the session had restarted from its first of three red flags.

Sato labelled the new Andretti Autosport driver “reckless”, but the Frenchman argued that marshals should have signalled the presence of the slow-moving vehicles ahead, and that said vehicles should not have been on the race line anyway.

“I think the marshals could have done a better job with flags,” said Grosjean on the NBC Sports telecast just ahead of qualifying.

“Because, you come out of the kink, Turn 9A, I didn’t know those guys were that stopped.

Grosjean confirmed in the post-qualifying press conference that he had spoken to Sato after the fact, reporting that, “We agreed to disagree, so that’s fine.”

Asked to elaborate on his television comments, he reiterated, “There was just no flags on track.

“I think we should have flags when there are cars that slow in a corner. I mean, yeah, that’s all.

“I just think like, if I had known there were like four cars… Because, you cannot see.

“So, if there’s only, the guy in front should accelerate – obviously there were more – but I mean, just a white flag to tell us that, and I just think you shouldn’t be driving that slow on the racing line. That’s all.” 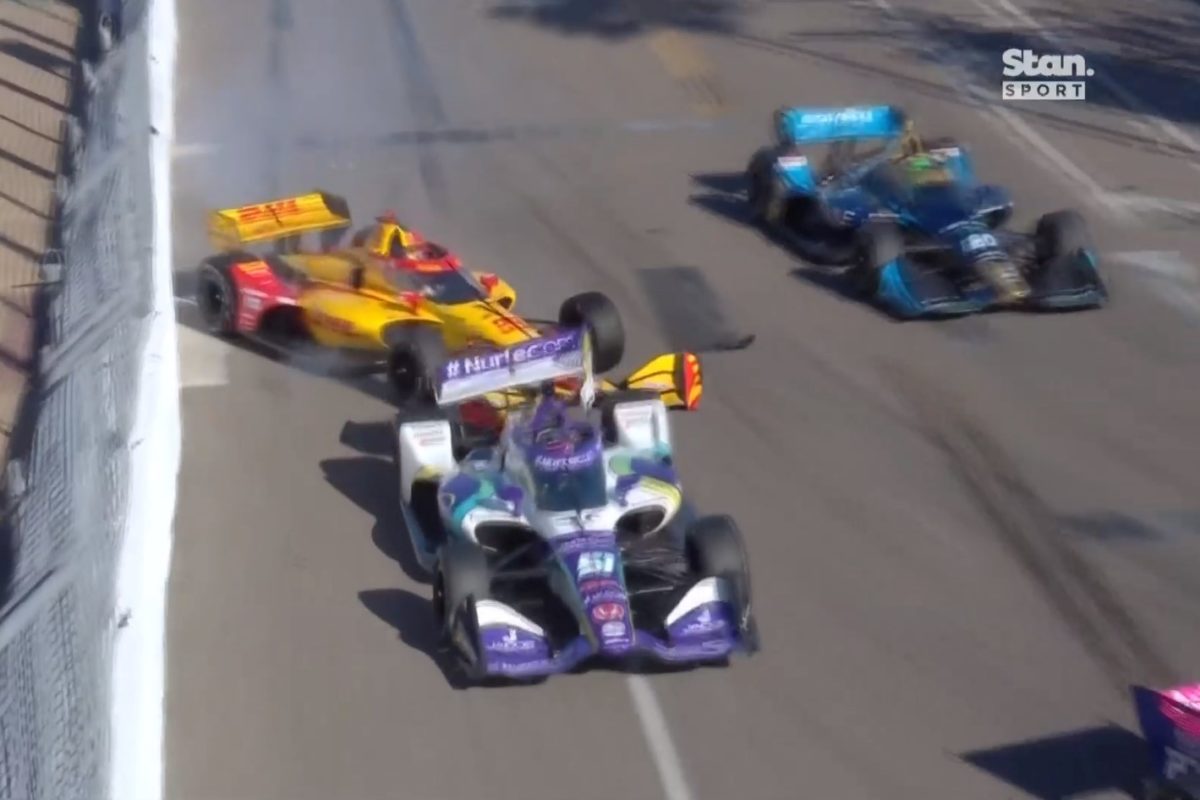 Scott McLaughlin then interjected to express the view that the alternate finish line at St Petersburg creates traffic jams such as that which caught out Grosjean.

For qualifying at the Florida street circuit, the finish line is in fact at the entry to the final complex of corners (Turn 13/Turn 14), allowing drivers to immediately duck into the pits after setting a lap time.

However, that means that preceding ‘stop’ is back at Turn 10, where the Grosjean-Sato shunt occurred.

“I think that the alternate start-finish line, I probably don’t agree with it,” said McLaughlin, who had just qualified on pole.

“I think it should just be the [standard] start-finish line; I’ve said that before. It happened at Portland a couple of times and I caught Romain in a very peculiar spot.

“I feel like, coming around a blind corner, everyone’s trying to get a lap started, and that’s the only point we can really start our lap to get a good run.

“It does choke up there and, unless we get a flag, you don’t see.

“So, I’m a big fan of probably moving the line depending on what track we go to; that’s just my personal opinion.”

Grosjean, who ultimately qualified in fifth position, also had an amusing take on the state of his hands, which were left bruised after the big impact with Sato’s car.

It was only late-2020 when his hands were burnt in the frightening crash on the opening lap of the Formula 1 Bahrain Grand Prix, with the 35-year-old quipping this time, “They weren’t pretty anyway, so it’s OK.”

The IndyCar field is next on-track for a half-hour Warm Up session, with the 100-lap race due to start on Monday morning at 04:25 AEDT, and streaming on Stan Sport from 04:00 AEDT.