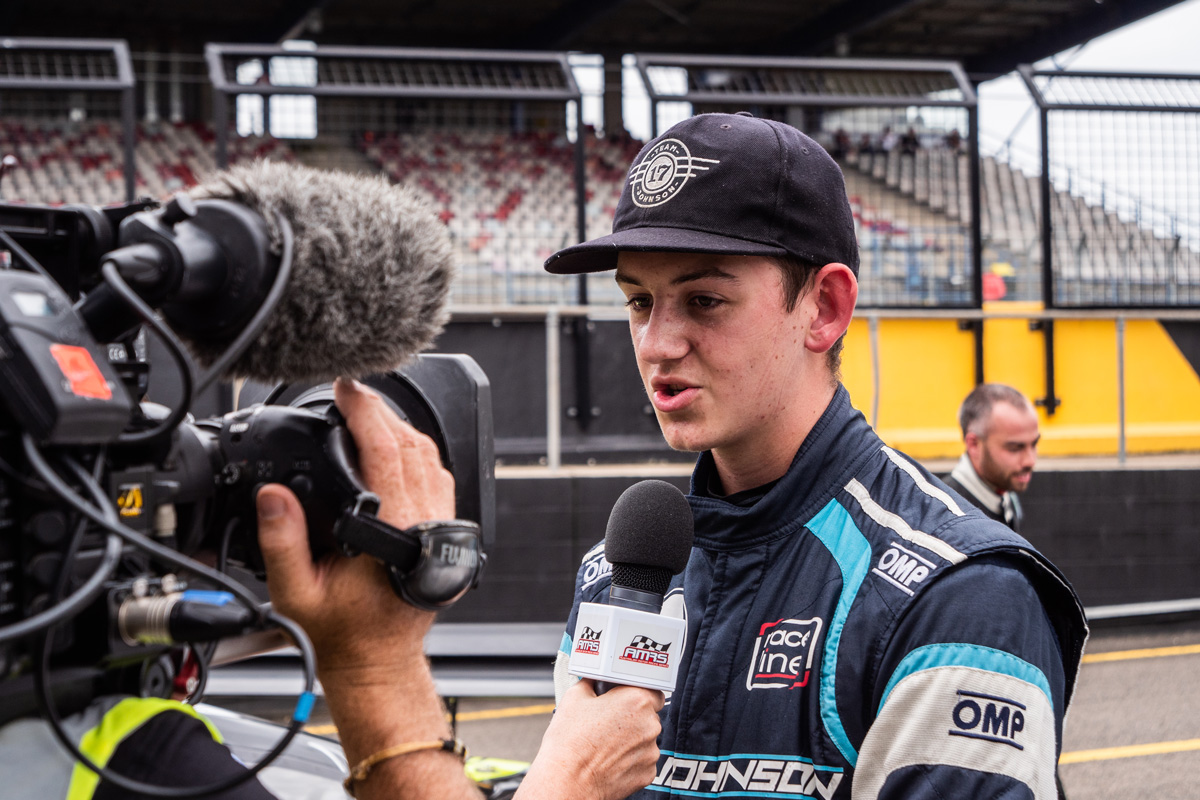 Is the Australian motorsport industry currently watching the foundations being built for a third Johnson to one day race for iconic Dick Johnson Racing?

Now into its fifth decade as a prominent team, DJR won multiple championships and Bathurst 1000s with founder Dick Johnson before his son Steven took over behind the wheel around the turn of the century.

While not quite enjoying the same level of success, Steven was a regular in the top flight for more than a decade, taking a top 10 championship finish on six occasions.

Now, is Jett Johnson next?

The teen is still quite raw in the circuit racing scene, but has quickly impressed in Trans Am machinery.

This year he’s stepped up to the Turtle Wax Trans Am Series, as well as competing in the national TA2 alternative.

For the latter, he claimed four second-place finishes in Round 1 last weekend as 2022 Super2 Series rookie Nash Morris took victory on each occasion.

Many fans have already voiced their hopes of seeing Johnson Jnr Jnr driving for the Blue Oval, and DJR, one day in the Repco Supercars Championship.

“That’s in the lap of the gods, mate,” Dick Johnson told Speedcafe.com when prompted on the topic.

“I wouldn’t have a clue. You don’t get a gig here unless you have got the ability and that’s up to him.

“If he shows that he’s got the ability, well I suppose he has an opportunity.”

Elaborating on how Jett is coming along, Dick added: “He is going extremely well and he’s taking it all in his stride.

“He’s said he won’t get a big head about it and I can assure you [of that] because not only myself but his father will knock it out of him as well.

“But he’s not that type of kid. He’s just doing it at his own pace and using his head. He’s not doing anything stupid.”

Round 2 of the Turtle Wax Trans Am Series takes place at Phillip Island across March 18-20.