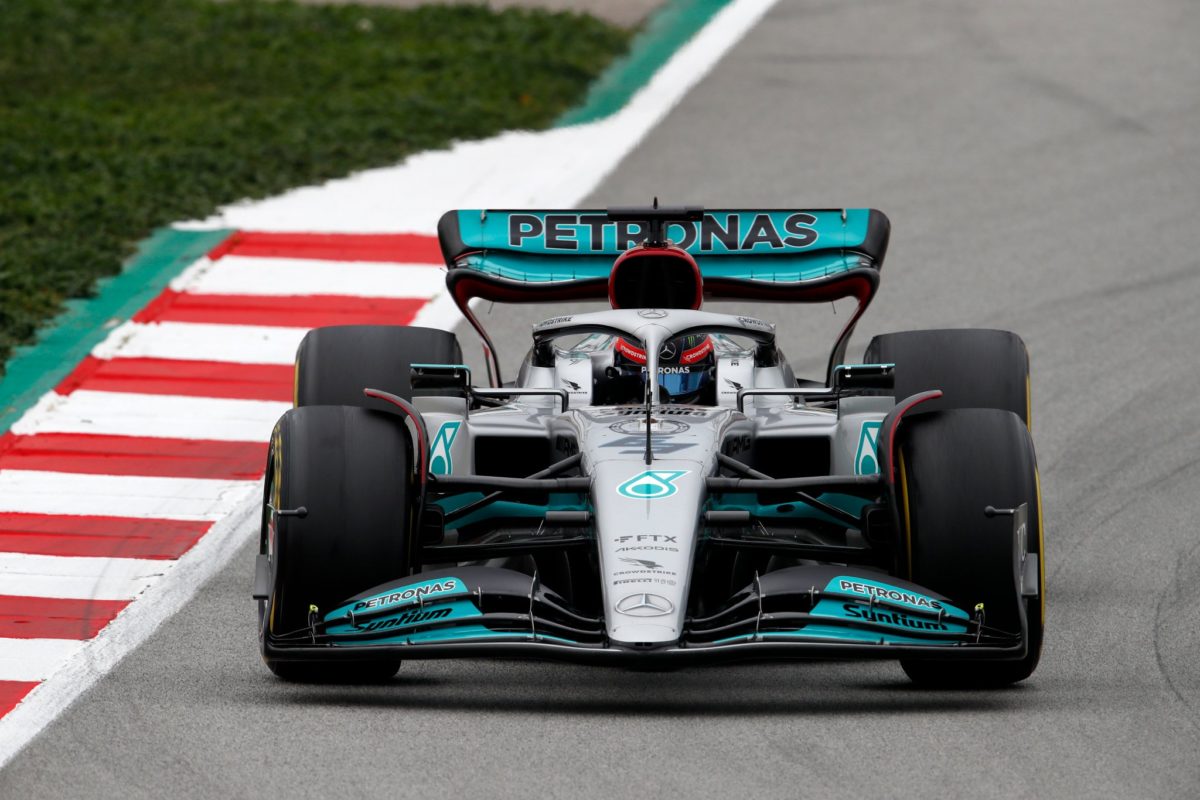 George Russell was fastest on Friday morning during F1 testing

They were triggered by a hydraulics fault of Fernando Alonso, an off for Pierre Gasly, while Guanyu Zhou, Nikita Mazepin, and Sebastian Vettel all stopped on track.

The last of those, for Vettel’s Aston Martin, saw the morning session called five minutes ahead of schedule.

Alonso’s problems were the most severe, the hydraulics issue causing a fire at the rear of the Alpine that will see the squad sit out the remainder of the day’s running.

“After further investigations in the garage following Fernando Alonso’s on-track stoppage earlier this morning, the team can confirm the issue was a problem with the hydraulics,” Alpine announced.

“A minor sealing issue led to a fire in the back of the car.

“The team has successfully completed 266 laps during the three days of the Barcelona shakedown.

“Repairs on the car will continue, and as a result we won’t be running for the remainder of the day.”

There were no such issues for Russell, who ended the morning fastest for Mercedes with the quickest lap of pre-season running thus far.

His time was, however, set on the C5 tyres while second fastest Max Verstappen was on the harder C3 rubber.

It was a comparatively quiet session, with less than 400 laps set across the 11 drivers who headed out.

Williams fielded both Nicholas Latifi and Alex Albon, the latter having started the day and recorded 21 laps before handing over to his team-mate.

Importantly for Alfa Romeo Sauber, Zhou managed a solid number of laps despite his issues, adding almost 200km of running to the team’s tally.

That list is still topped by Ferrari with more than 1600km to its name, followed by AlphaTauri and then Mercedes.

Testing continues in Spain this afternoon with four more hours of running on a wet track – the Barcelona circuit doused by trucks to simulate wet conditions.