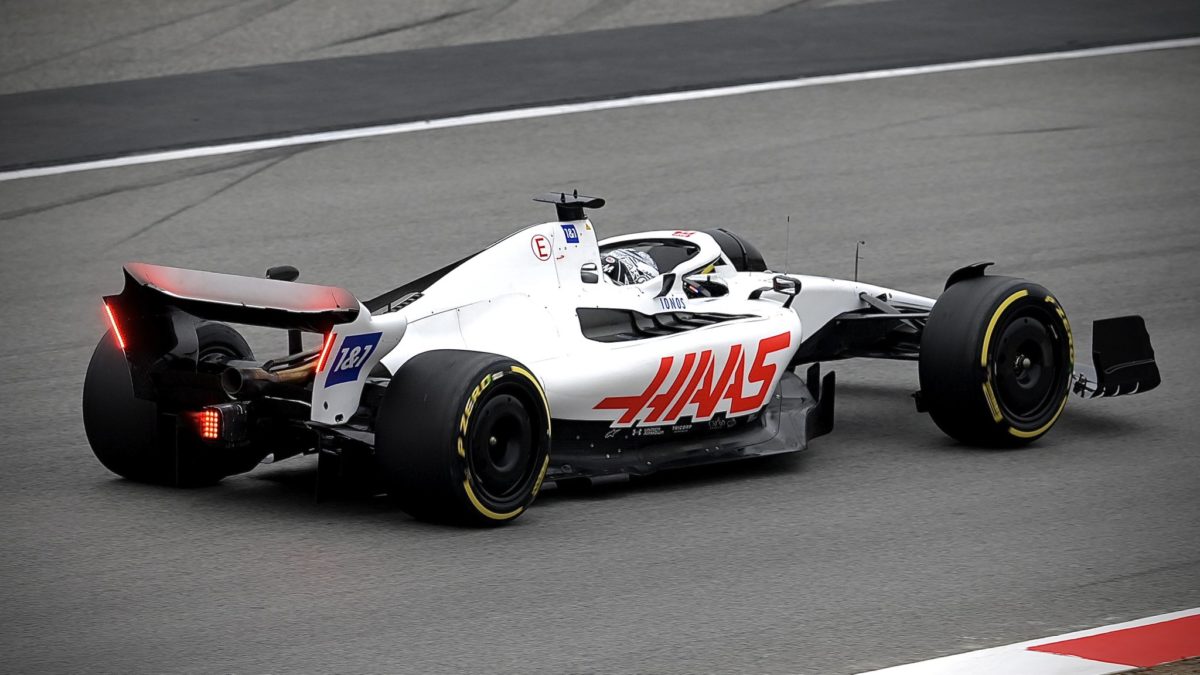 On Thursday night, Haas removed the Russian company’s branding from its cars and transporters following the outbreak of war between Russia and Ukraine.

It’s a decision that has both financial and legal ramifications that Steiner confessed would be looked into next week.

“We removed it [Uralkali] yesterday, we have to sort out all the legal stuff, which I cannot speak about, next week,” Steiner said.

“At the moment, I said we’re not going to do it today.

“We made the decision yesterday with our team partners. This is what we’re going to do. I need to work on the rest next week.

“We just need to go through the commercial issues,” he added.

“As I said before, we will do that in the next weeks.”

For now it remains unclear whether Uralkali will reappear, or what the impacts on Nikita Mazepin.

The team’s title sponsor, which is one of the world’s largest fertiliser producers, is part-owned by Mazepin’s father.

Poised to embark on his second season in F1, the 22-year-old Mazepin took to social media to explain his situation.

“To my fans and followers – it’s a difficult time and I am not in control over a lot of what is being said and done,” he wrote.

“I’m choosing to focus on what I CAN control by working hard and doing my best for my @HaasF1Team .

“My deepest thanks for your understanding and support.”

Steiner meanwhile claims the loss of Uralkali as title sponsor would not unduly hinder the team, should the partnership not continue.

“It has no [impact] on the team, how we are running it or how we are doing, how we plan this season,” he claimed.

“There are more ways to get the funding. There is no issue with that one.”

However, he did acknowledge that Mazepin’s future “needs to be resolved,” given the ties between the Russian driver and the team’s title sponsor.

“Not everything depends on us here, what is happening,” Steiner noted.

“There are governments involved and I have no power over them. We need to see also the situation, how it develops in Ukraine.”

Mazepin was behind the wheel of the Haas VF22 on Friday, completing a total of nine laps for the team before lunch.

The current situation is the second time in Haas’ short F1 tenure that it’s faced dramas with its title sponsor.

In 2019 is split with Rich Energy midway through the season in bizarre circumstances.

The team is owned by billionaire Gene Haas, the founder and sole shareholder of Haas Automation, which manufactures CNC machine tools, and has a presence in NASCAR through Stewart-Haas Racing.