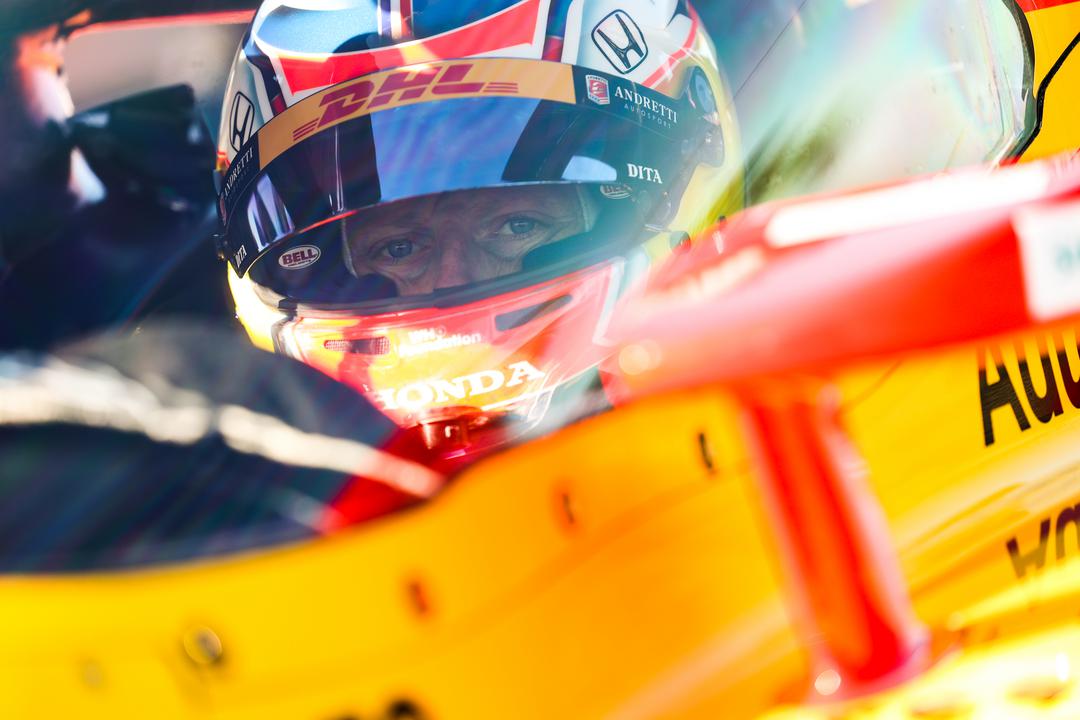 Romain Grosjean has set the pace in his first IndyCar practice session with Andretti Autosport, at St Petersburg.

Team Penske’s Will Power was the only Chevrolet-powered driver in the top seven, taking third with a 1:01.2282s, while team-mate Scott McLaughlin claimed eighth.

Warm and sunny conditions greeted the field for the opening, 45-minute hit-out of the season, with a mostly rookie contingent, and Helio Castroneves, circulating for the first 10 minutes or so.

Devlin DeFrancesco (Andretti Autosport) was the pace-setter before Castroneves drove the #06 Meyer Shank Racing entry to a 1:01.6086s just beyond the quarter-hour mark.

McLaughlin briefly took up second position before Andretti team-mates Herta and then Grosjean reset the fastest lap in the 23rd minute, the latter with the aforementioned 1:01.0525s which put him half a second up at that point.

Herta had closed to 0.1042s off the pace by the time he finished his first run proper, with Power third on the 1:01.2282s which he set shortly after an innocuous off at Turn 4.

That was still the top three when a red flag was called with eight minutes to go to recover Jimmie Johnson, whose #48 Chip Ganassi Racing entry had developed a small fire within a wheel as he sat off-track beyond Turn 10.

Car #48 was cleared within minutes and the session resumed, albeit with Johnson sat out for five minutes due to causing a stoppage, but there would be no change to the very top of the order.

The biggest change in the last six minutes was Simon Pagenaud, now at Meyer Shank Racing, taking Car #6 to fourth on the timing screen with a 1:01.3249s.

According to timing, all 26 drivers lapped on the black, primary tyres only.

Practice 2 starts on Sunday morning at 01:00 (AEDT), followed by Qualifying at 04:30 AEDT, with both of those sessions live on Stan Sport.