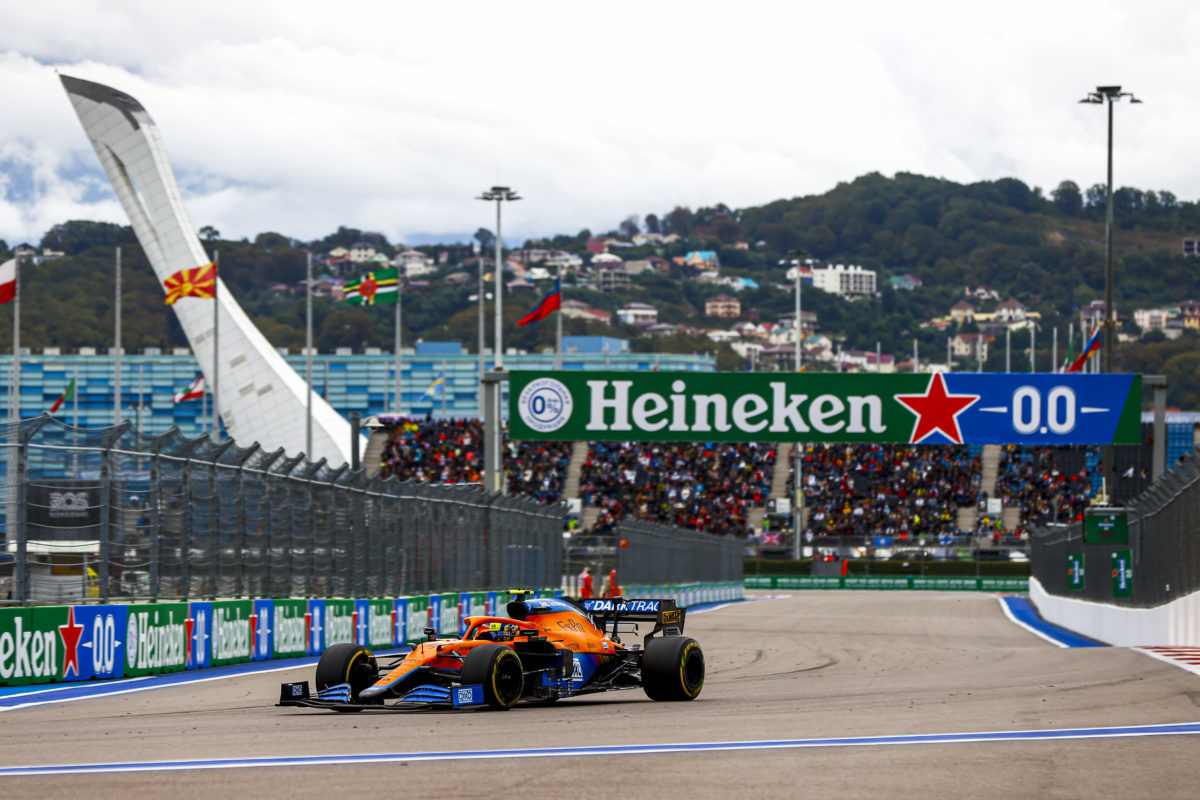 McLaren team boss Andreas Seidl has revealed his team’s opinion that the Formula 1 Russian Grand Prix’s place on the 2022 calendar is untenable.

A meeting between Formula 1 and the teams on Thursday night was held where the matter was discussed.

Both Seidl and his Scuderia AlphaTauri counterpart Franz Tost would not be drawn on the outcome of that meeting when speaking to the press on Friday morning during F1 testing in Spain.

However, Seidl did at least share his team’s position.

“We’re obviously all aware and clear that there’s more important things happening at the moment in the world than our test here,” he said.

“As you know, Formula 1, FIA, the teams, we all met last night, which was a productive meeting, an open discussion where we as McLaren made our position clear.

“From our point of view, the Russian Grand Prix is untenable under the current circumstances.

“Please understand that I cannot disclose any more information regarding the conversations, but we expect F1 [will be] making a statement as well imminently.”

In the football world. The UEFA Champions League final which was set to be held in St Petersburg has been moved to France.

Formula 1 is under increasing pressure to cancel this year’s event in Sochi as the situation in the Ukraine continues to escalate.