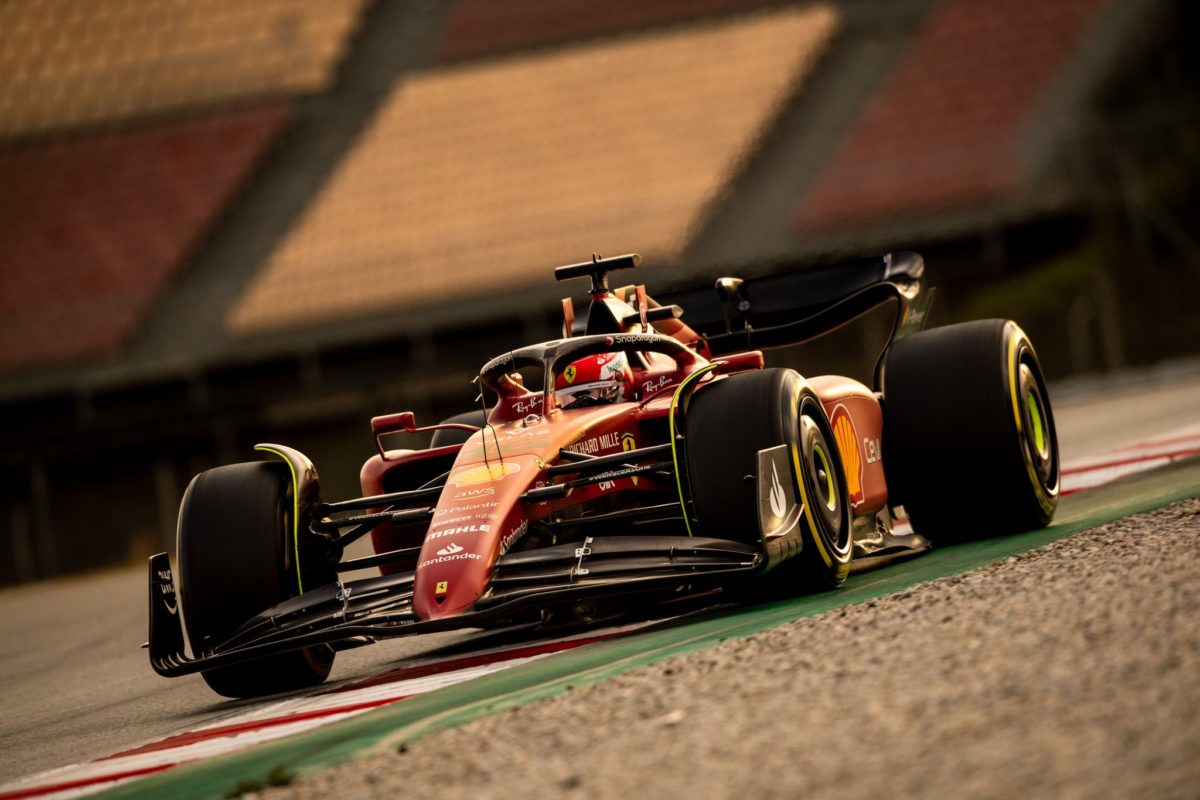 Ferrari led the way following the second day of Formula 1 pre-season testing in Spain with both the fastest time and the most laps completed.

Charles Leclerc recorded a 1:19.689 to top the day’s proceedings while Carlos Sainz logged a 1:20.546 to end the day fifth quickest.

But while two days of strong performances have left many to look at Ferrari as an early favourite heading into the season proper, Leclerc was playing down his team’s efforts.

“We completed a lot of laps again, which is what counts the most at testing,” he said.

“Our aim is to drive as many kilometres as we can, to complete as many different tests as possible and that’s exactly what we did.

“Again, we should not get ahead of ourselves, because P1 doesn’t mean anything at this stage.

“We have to keep working extremely hard. Tomorrow is our final day at Barcelona and we have to make the most of it before we turn our attention to Bahrain.”

Leclerc did have a spin during the day but was otherwise able to continue unhindered throughout his four hours of running.

That came after Sainz was behind the wheel of the F1-75 in the morning session.

“It was another productive day in which we were able to complete the whole run programme, which at this stage is the most important thing,” the Spaniard said.

“We ran both the C2 and C3 tyres and that allowed us to further assess those compounds while trying different set-ups in the car.

“Our 71 laps this morning were a good asset and also allowed me to start working a bit more on the driving style, gaining confidence with every lap.

“I’m satisfied with the work we’ve been able to do so far and I look forward to continuing this trend.”

Friday marks the final day of the first F1 pre-season test, with teams set to reconvene in Bahrain on March 10 for another three days of running.