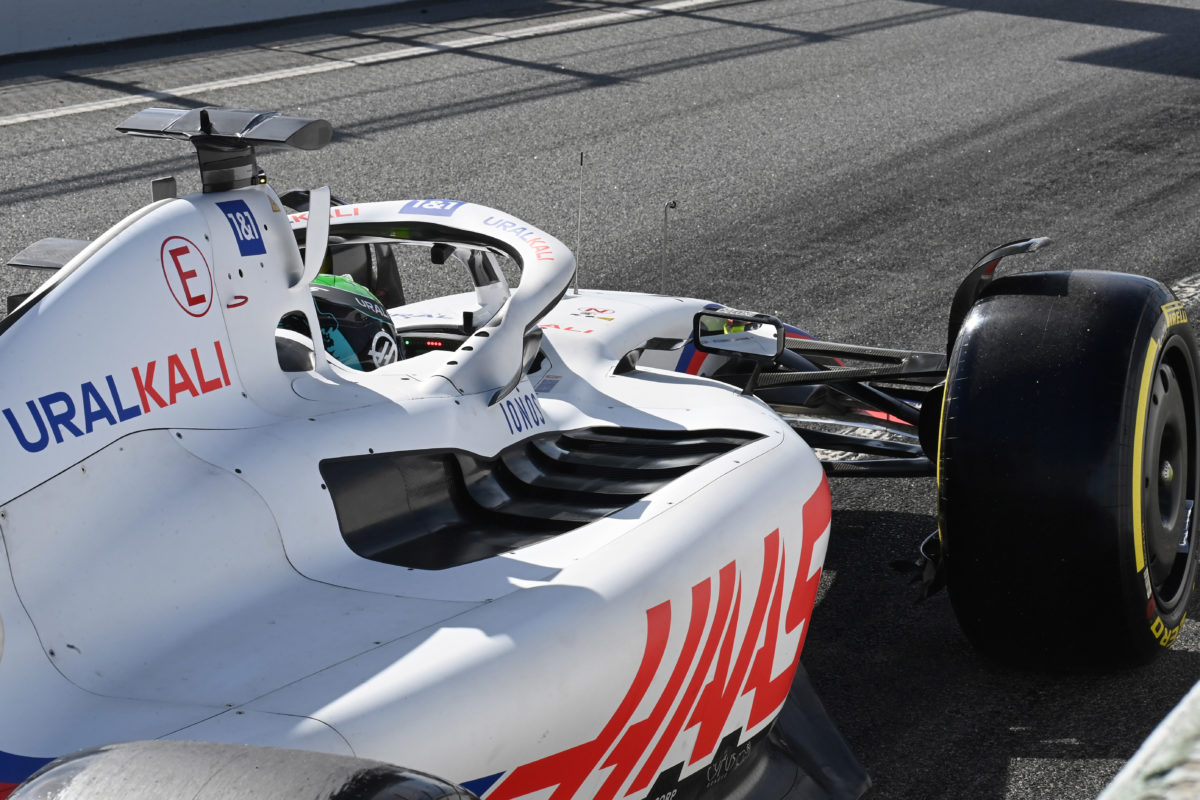 The Haas Formula 1 team has issued a short statement advising that it will remove Uralkali branding from its cars for the final day of pre-season testing.

The statement from the American-registered operation said: “Haas F1 Team will present its VF-22 in a plain white livery, minus Uralkali branding, for the third and final day of track running at Circuit de Barcelona – Catalunya on Friday 25 February.

“Nikita Mazepin will drive as planned in the morning session with Mick Schumacher taking over in the afternoon. No further comment will be made at this time regarding team partner agreements.”

The announcement comes after Russia invaded the Ukraine on Thursday, while globally a number of sanctions have been placed on the country.

That includes the financial market, where the United States has effectively cut off two of the country’s leading banks.

The precise impact of the sanctions imposed globally on Uralkali is unclear, though Haas’ announcement is not unexpected.

Haas team boss Guenther Steiner was set to face the media at lunchtime on Thursday, but was withdrawn from that appearance.

It’s understood F1 CEO Stefano Domenicali met with team bosses on Thursday night, where the situation in the Ukraine was discussed.

Sebastian Vettel announced yesterday that he intended to boycott the Russian Grand Prix, scheduled for September.