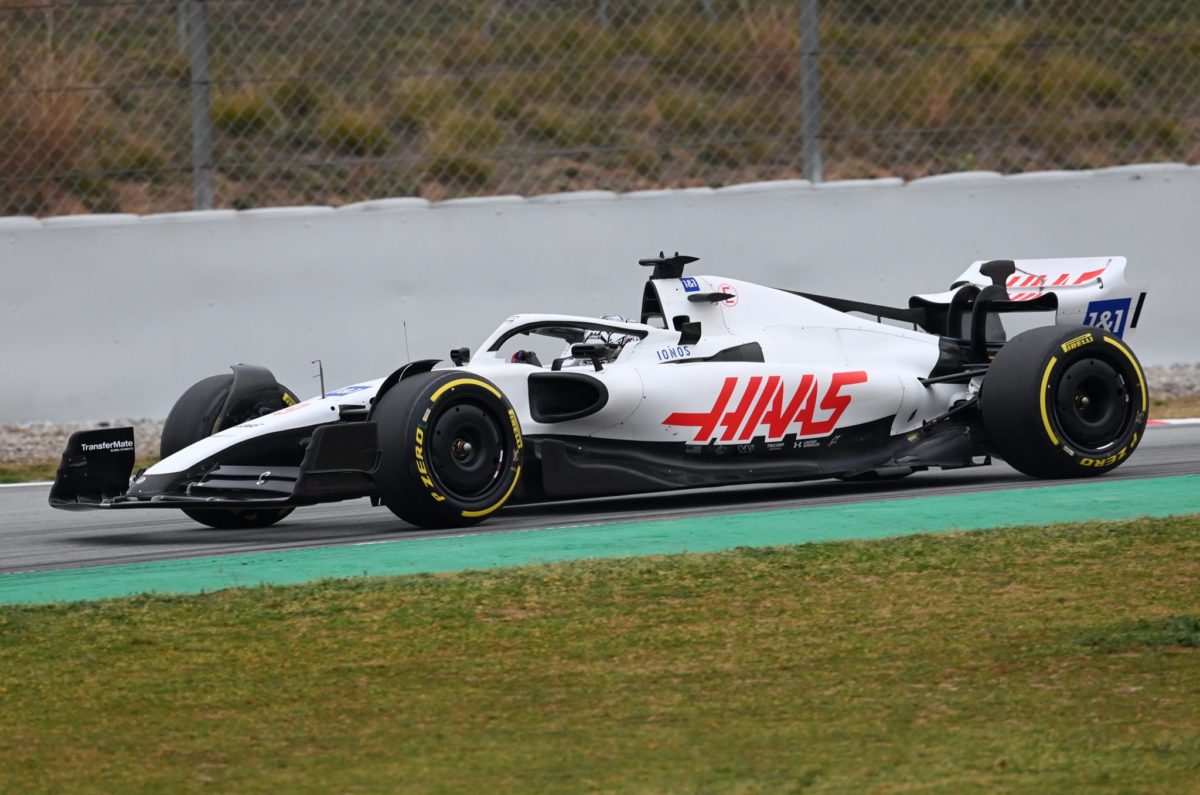 Haas has hit the track for the final day of Formula 1 pre-season testing in Spain in a revised, all-white livery.

The team announced late on Thursday that it would remove the colours of Russian fertiliser company Uralkali from its cars for the final day.

It left only the Haas branding on the sidepods and rear wing as Nikita Mazepin took to the circuit for the morning’s four hour session.

The decision to remove Uralkali branding comes against a backdrop of an escalating situation in the Ukraine after Russian forces invaded the nation.

Speaking on Thursday, Sebastian Vettel stated that he would boycott September’s Russian Grand Prix regardless of whether the sport chose to continue with the event or not.

As yet, not comment has been made on the outcome of that meeting.