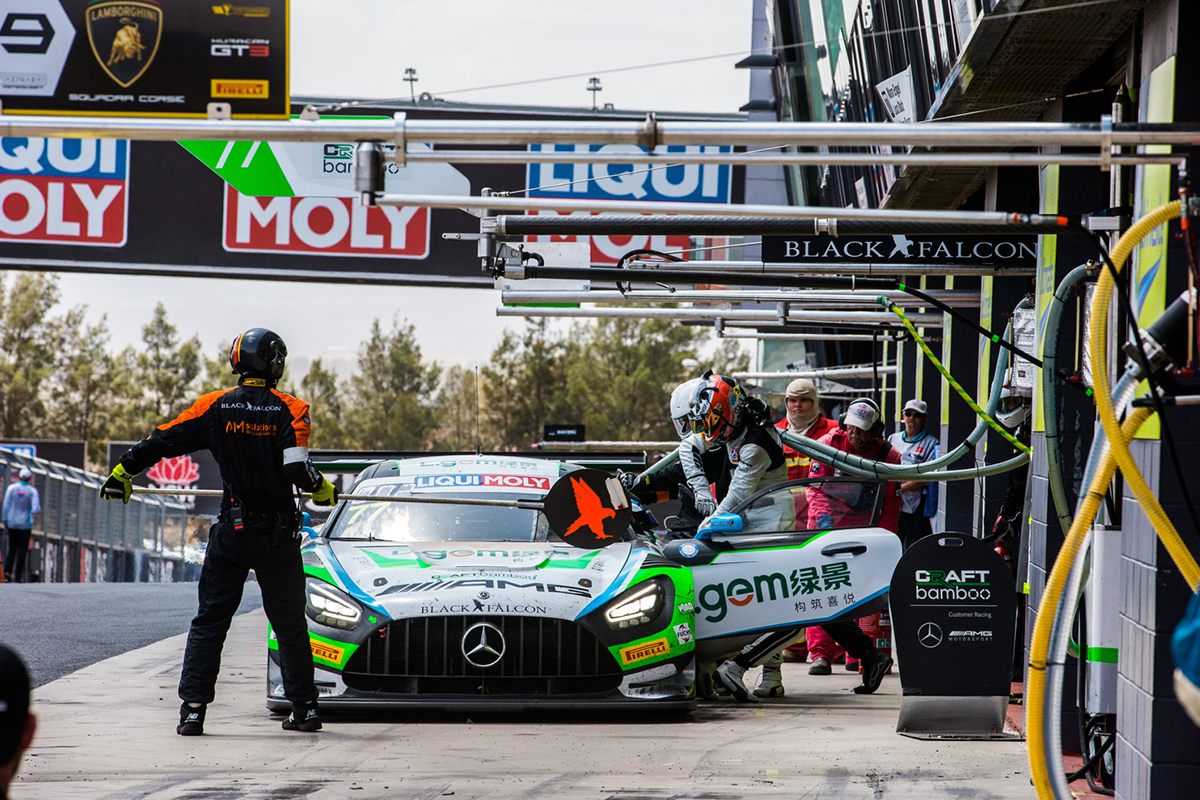 Supercars and SRO have confirmed that Pro-Am will be the top class of this year’s Liqui Moly Bathurst 12 Hour.

As predicted earlier this week by Speedcafe.com, all-Pro driver line-ups will not be allowed for 2022, when the event returns to the global motorsport calendar.

It is understood that entry numbers had been low, with little interest from overseas teams.

Notably, there remains a clash between the Bathurst 12 Hour and a round of Fanatec GT World Challenge Europe Powered by AWS at Magny-Cours.

As such, the 2022 Mount Panorama event has now been re-oriented to cater more towards competitors from around the region than the heavy-hitting international teams who would bring fully professional driver line-ups.

What it means is that there will be at least one Bronze-ranked driver in every GT3 car which is entered in the race.

That much is consistent with Triple Eight Race Engineering’s already announced plans to field a Mercedes-AMG GT3 for Shane van Gisbergen, Broc Feeney, and gentleman driver Prince Jefri Ibrahim in the event.

A Class A Am crew shall be limited to no more than a single Silver driver, with the balance to be ranked Bronze.

Class B will be for GT3 ‘Trophy’ cars, as seen locally in GT World Challenge.

Class C is for Porsche GT3 Cup Cars, Class D for GT4s, and Class I for ‘Invitational’ Class Cars, as well as ‘GTC’ cars from one-make categories including Ferrari Challenge, Lamborghini Supercup and Audi R8 Cup.

See below for table

In further sporting changes, qualifying will be determined on an aggregated lap time system, with the amateur driver in a car required to set a time.

Amateur drivers will also get extra practice time, but the Pirelli Top 10 Shootout will remain.

Furthermore, the round will still be part of the Intercontinental GT Challenge.

SRO and IGTC boss Stephane Ratel explained that he was determined to make the event happen, after a year off in 2021 and multiple difficulties already with dates for this year’s event.

“Barring situations outside of our control I was determined that Bathurst would return to the Intercontinental GT Challenge Powered by Pirelli calendar in 2022, and this new class structure ensures it can do just that without diminishing the championship or event,” declared Ratel.

“Factory teams and drivers usually make the headlines but the fact is amateurs and the Pro-Am class are the bedrock of global GT racing.

“There are also few, if any, races of Bathurst’s international stature where Pro-Am crews are the stars of the show.

“But that won’t be the case in May when some of the world’s best amateurs have a chance to win one of motorsport’s great endurance events. It feels like a genuine throwback to previous 12 Hours and GT racing generally of old.”

Along with the 2022 class structure announcement was news of a return to the event’s traditional date next year.

About that, Ratel added, “I’m also happy to see the race returning to its traditional early February date in 2023.

“Our only other option this year would have been to cancel the event, which neither SRO nor Supercars were willing to do.

“Equally, staging it in May isn’t compatible with European programmes. We’ve found a smart solution for this year but are also looking forward to seeing Bathurst fully living up to its status as Australia’s International Enduro next season.”

The Bathurst 12 Hour will also be part of this year’s GT World Challenge Australia Endurance Championship.

Ken Collier, category manager of GT World Challenge Australia and hence also one who works in partnership with SRO, welcomed the changes.

“It makes all the sense in the world that Australia’s biggest GT race is part of the GT World Challenge Australia Endurance Championship and we’ve been pleased to work with our partners at SRO and the Bathurst 12 Hour team to make it happen this year,” he said.

“It works for our competitors who will enjoy a hallmark event on the calendar and one of the most iconic GT races in the world, and it works for the Bathurst 12 Hour to work with GT World Challenge Australia to support and grow the sport here.

“We share a mutual partner in SRO who shares the passion for growing GT3 racing in this part of the world that we all do, and this is a move that will support that – not just this year but moving forward.

“We are looking forward to another Bathurst classic this May that will also serve as an exciting kick-off to the 2022 GT World Challenge Australia Endurance Championship.”

Bathurst 12 Hour operations manager Paul Martin added, “With the support of key event stakeholders, we have come together to create a plan that ensures the race and event can proceed in the strongest possible fashion.

“This year’s event will have an increased focus on the domestic GT market, while continuing to be one of the most popular and highly regarded international endurance races on the global calendar.

“Combined with the regular influx of talent from Supercars and key driving talent from overseas, it will see the event continue to provide the great spectacle it always has while also adapting to the current challenging landscape for international events.”

Stuart Ayres, NSW Minister for Tourism and Sport, remarked, “The NSW Government is proud to support the Liqui Moly Bathurst 12 Hour through our tourism and major events agency, Destination NSW and welcome race teams and fans back to Australia’s home of motorsport, Mount Panorama, for what is set to be another thrilling instalment of this iconic race.

“This is a signature event on the NSW motorsports calendar that provides a great boost to the visitor economy of the Central West, so I appreciate and congratulate the resilience and determination of the event organisers in getting this great race back on track and securing the dates for next year’s event.

“We will continue to support their efforts to deliver a safe, successful and spectacular event for all competitors and fans.”

“The Liqui Moly Bathurst 12 Hour is one of the premiere international endurance challenges attracting world-class entrants.

“The worldwide exposure of the race builds on Mount Panorama’s excellent reputation as one of the world’s finest motor racing circuits and showcases our city to the world.”

Note: ‘Driver 1’, ‘Driver 2’, etc are not necessarily official designations and are used here for illustrative purposes